Despite enjoying the movie, I’ll agree with this comment. The production values didn’t reflect the price tag.

Amusingly, this film had product placements for both his gin AND Johnson’s tequila brand. I guess Gadot needs her own booze. Maybe wine?

This is exactly right. Action movies love portraying Interpol as being far more powerful than it actually is. The greatest exaggeration I’ve ever seen is in the 2007 movie, “Hitman”, starring Timothy Olyphant and Olga Kurylenko.

Try Ninja Assassin, which portrays EUROPOL (which I didn’t even know was a thing until watching this movie) as an international law enforcement agency with its own armed agents, SWAT team, and mechanized infantry unit(!), which for some reason appears to have jurisdiction in Japan, despite having “Europe” right there in the name. (It’s an over-the-top silly action movie, but I thought it was leaner, tighter, and overall better than either Hitman or Red Notice - and the climactic scene starts with a literal blast that I thought made the rest of the movie worthwhile just by itself).

Yeah, that beats my example for sure!

Didn’t the rights cost $200 million, not the production?

As I understood the article, the money they put into its production gave them the rights.

Ritu Arya was the high point for me. I liked her in Umbrella Academy’s second season, and she cleaned up quite nicely for this.

I checked my brain before the opening credits, and thoroughly enjoyed being taken back to the movie-watching fun-filled free-for-all that Indiana Jones did back in the day (with bonus marks for the whistled theme!)

Question: When the scene in Egypt started with trumpet fanfare, it tweaked a note (ahem) of recognition. Does anyone know where we would have heard that before?

If I hadn’t seen a movie in months I might have enjoyed this more but seeing that Johnson and Reynolds seem to be in every other movie these days I’m growing kind of weary of both of them. Especially since they both seem to play the exact same character in every movie they’re in. 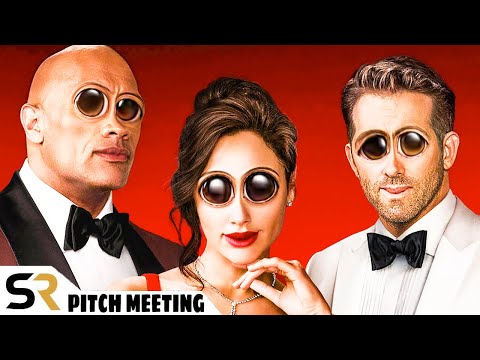 As someone who has seen Dirty, Rotten Scoundrels, the ending didn’t surprise me. But as a fan of said movie, I thought that this one was a fun, modern take on the general principle.

The older movie is probably the better one, for anyone who hasn’t seen it.