It’s pretty much round, as much as most folks would care. Any deeper questions I can dismiss as easily?

Waitwaitwait. That is a picture of the wake of a ship, taken from the stern of the ship leaving the wake. Wake lines diverge the farther you get from the ship, so you would not expect there to be a nice vanishing point for the wake if the photo is taken looking aft; the lines should appear to diverge at some slight angle.

I think ‘wake’ might be a confusing term. Maybe we should refer to it as the ‘frothing boundary layer’. if you look at the trail of turbulent water a ship leaves behind, its about 3 times the width of the ship and doesn’t seem to diverge very much 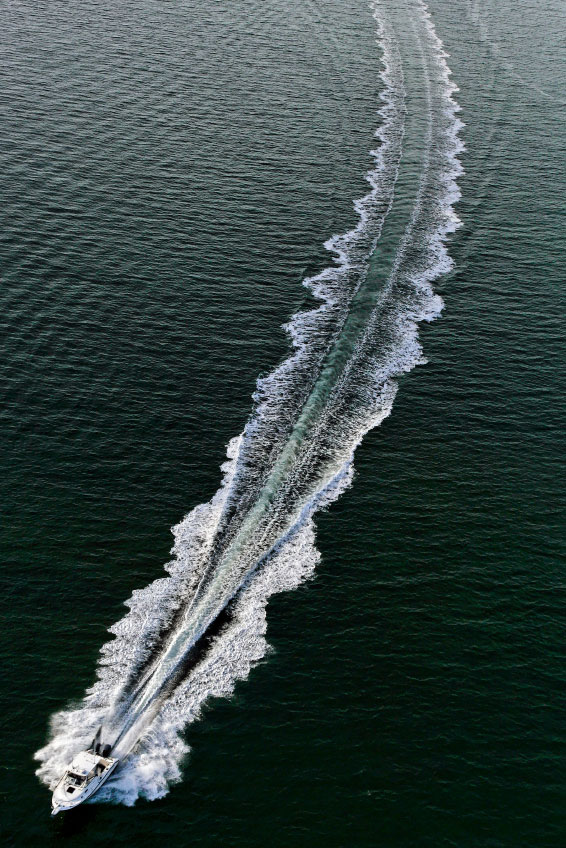 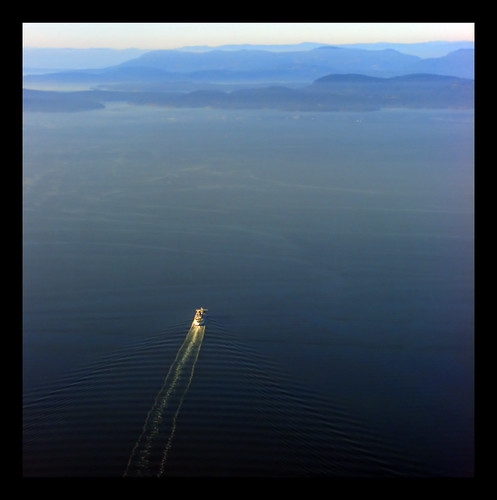 Two friends are having a friendly game of rhetoric. Just for kicks, Person A assumes that Earth - rather than an oblate speroid - is actually a flat disc.

Person B says that this is ridiculous by mentioning how when one observes a ship going out to sea, the hull of the ship appears to disappear before the mast.
In response, Person A maintains that the disappearance of a ship over a horizon hull first is an optical illusion of perspective, no different from the apparent merging of the railroad tracks in the distance. A man at the foot of a tree a couple of miles across a plain may be invisible, while the tree itself stands up against the sky and is visible for miles. The Earth’s curvature of eight inches to the mile is not sufficient to explain the invisibility of the man.

My question to you is, how would you refute Person A’s response? :dubious:

Well, how about the well-known (at least in sailing days) fact that ships’ lookouts up on the mast could see other ships (first sails, then hulls as the ships got closer) before they were visible from the deck?

Clearly, the distance is the same from the deck and the crow’s nest, so that can’t explain how a lookout could see something invisible from the deck. But curvature of the earth does explain it.

Though the other response is that with telescopes and the like, an observer can in fact clearly distinguish between an object below the horizon and an object too small to be resolved with the naked eye. With telescopes, ships do not start as invisibly small points that gradually grow larger and more detailed; they appear above the horizon already at a certain size. Though this is less easily introduced as evidence, since few naval people bothered to write about it, wheras there are numerous accounts of a lookout seeing sails which only later came in view of the people on deck.