Now this one is weird and I am posting it in the pit in case anyone gets really offended and needs to flame my ass; but here in england there was a news report recently (and I do mean news in the loosest sense of the word) that there has been a recent outbreak of rickets in the Muslim community. This comes from the weather in this country just being piss poor and that muslim women do have to wear an awfull lot of clothes. Now I dont know whether I am just sick but that was the funniest thing I had heard in ages, I mean gaining a vitamin disorder by following a religous dress code, for crying out loud.

Nor a particularly intelligent one. Thanks for finding humor in another’s misfortune.

*Originally posted by Nurlman *
Thanks for finding humor in another’s misfortune. **

If true, someone’s self inflicted misfortune.

I think it’s ironic, but not funny. Following their religion and supposedly doing their God’s will ended up causing them harm. It doesn’t seem like it should happen that way.

The increase in rickets in Britain is not confined to the Muslim community and appears largely to be due to children spending more time indoors than they did a few years ago. Asian children are thought to be more at risk because a higher proportion of them follow vegetarian diets and meat is the only natural dietary source of vitamin D (though it is added as a supplement to margarine, breakfast cereals and some soft drinks). It seems to have very little to do with religious dress codes and virtually nothing to do with Islam per se.

Howeverer, to this extent their misfortune might be “self-inflicted”, as Gary Kumquat suggests, but I don’t see anybody laughing about the high incidence of cardio-vascular disease in the USA. Think of the irony: Americans, in their relentless pursuit of material comfort, labour-saving devices and motor cars, are becoming immensely obese and dropping dead in thir thousands from heart disease. Oh, my aching sides!

People who don’t get out much, like housewives, have always been more at risk for rickets. They don’t have to be Muslim housewives who are suffering because they have to wear a chador. 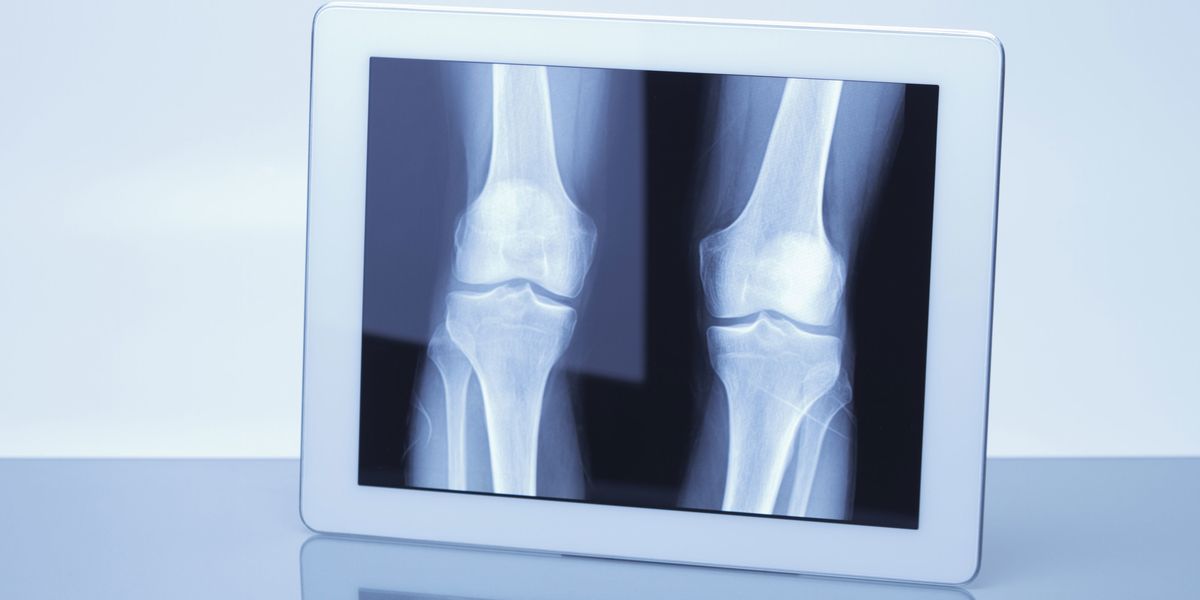 What are osteomalacia and rickets, and what treatment is available?

Who is at risk of vitamin D deficiency?

People who get little exposure to sunlight are most at risk of vitamin D deficiency in the UK. Immigrants from Asia, particularly women and children, are at risk, as are elderly people who are housebound or confined in residential and nursing homes.

So the real winners here are The Media, for once again finding and sensationalizing an otherwise mundane medical fact. “Oooh, look, Roger, we can get a religious slant to this!” “Good-oh, we’ll run it at 6.”

As a feminist (& a Jewish girl), I’m gonna refrain from saying what I think about Muslim culture, especially its treatment of women. I mean, even if it WERE true that a disproportionate number of Muslim women were getting rickets because of the dress code, it wouldn’t be by any stretch of the imagination the worst insult perpetrated on females by that religion…can anybody say “Taliban”?

I just opened this thread because it reminded me of that Simpsons when Mr. Burns blocks out the sun & Homer says “I’ve had it up to HERE with these rickets!”, then walks bowleggeedly offscreen.

I can’t think of a religion that has an “unblemished record on women’s rights”. I’m talking about the present, not the past.

& the Westboro Baptist Church doesn’t control any governments, as far as I know. Anyway, I didn’t say that Taliban adherents represented ALL Muslims.

Besices, it’s not as if this is the only case of a religion directing its members to engage in self-destructive behavior…can anybody say “Christian Scientists”?

Stella*Fantasia: Forgive me, but your post irked me a bit. I’m not Muslim, but putting modern Judaism ( or Christianity, or most other religions ) on a higher plane than modern Islam when it comes to the treatment of women leaves you on very uneasy ground, IMHO. There are problems, again IMHO, with subgroups of all the modern religions. Quite a few secular people aren’t particularly enamored with many of the Ultra-Orthodox’s views on women, for instance. And that’s a group that does have political power ( if not out and out control ) in Israel, at least. Or we don’t have to go that extreme - Some of the views of Orthodox ( but not Ultra-Orthodox ) Jews, might be considered offensive as well.

Not defending the Taliban ( or anyone else, for that matter ). But I don’t think playing the straight ‘my religion is better than yours’ game works very well in this instance. And I think it is a bit inappropriate to tar with such a large brush ( and although you didn’t say Taliban represented all Muslims, you did refer to ‘Muslim culture’ without any qualifiers ).

I was going to say what Tamburlaine said but he/she has said it more eloquently that I would have done.

*Originally posted by TomH *
**Howeverer, to this extent their misfortune might be “self-inflicted”, as Gary Kumquat suggests, but I don’t see anybody laughing about the high incidence of cardio-vascular disease in the USA. Think of the irony: Americans, in their relentless pursuit of material comfort, labour-saving devices and motor cars, are becoming immensely obese and dropping dead in thir thousands from heart disease. Oh, my aching sides! **

Erhm, this would be a bad time to say that I found that funny too, I guess.

I’ll get my coat.

RoboDude, you’re right about Christian Scientists, though they are equal-opportunity self-destructers. I don’t think women get a particularly tougher break than men do in that religion. Everybody’s screwed.

Tamerlane & TomH, I may have overgeneralized, & you may disagree with what I believe, but my beliefs are unlikely to change about this. Thousands of years of hostility run in my veins, & anything I have learned about Muslim society has reinforced it. Let’s put the Taliban aside for a moment. What about honor killings? They happen in places other than Afghanistan. There is a strong undercurrent of hostility toward female sexuality that manifests itself in a myriad of ways, & I don’t care for it.

Stella*Fantasia: sigh Well I’m not going to tell what you should believe…No wait, this is the pit. So I probably will

. But I won’t insist you agree with me. And I don’t expect you will

As I said before, I’m not here to defend anyone. Certainly not the practitioners of horrific practices like ‘honor killings’. Which are not confined to Islam( they are better correlated with societies that make heavy use of dowries - Hindu India is also badly afflicted ), hardly universal in the Muslim world, and like many of the egregious practices of the Taliban, not called for by Islam ( to the best of my knowledge - I’ll admit I’m not not a Koranic scholar ). Such practices are for the most part local cultural accretions that are given a thin and shaky religious veneer to try to help justify their inherent barbarity.

I am an atheist ( albeit not an inherently anti-religious one ) and regard virtually all of the major religions as strongly patriarchal at their roots. I won’t deny that some may be a little harsher in degree than others. But they are all a bit tainted in my eyes.

What bothers me is this “thousands of years of hostility run in my veins…” stuff. I mean you do realize that it is more like decades of hostility, don’t you? Jews were generally FAR better off in Islamic society, as opposed to Christian society, for millenia. Though hardly pampered, they were offered protection under religious law as “People of the Book”, and in some cultures ( the Ottoman Sultanate, for example ) they could ( and did ) hold political office. So why this unreasoning hostility? Why not thousands of years of ingrained hostility towards Christians? You’d have more historical justification for that ( still wrong-headed ) view.

I’m sorry but this is just the sort of narrow-minded attitude that my relatives ( if any are still alive ) in Serbia hold - And it leads to the same thing. Simple-minded bigotry and hatred. Which breeds violence.

A liberal Muslim in San Diego is not the same thing as as rabid Wahabi cleric in Afghanistan. Any more than a Reform Jew in Seattle is the same as a fanatical Orthodox settler in the West Bank. Lumping them all in the same boat is simply ridiculous. Have you ever met a Muslim person? If you did would you view them as individuals or would cast them as ethnic/religious enemies due to the ‘thousands of years of hostility running in your veins’? It’s the answer to that last question that I worry about.

I’m sure ( or I would imagine, since most people are at heart ) you are a decent person in many ways. I don’t wish to come off as just flaming you, pit or no pit. So you’ll forgive me if I was harsh - I just have a strong opinion on this matter. And I hope you think seriously about what I said. Peace.

[silly voice]
No! You are not worthy of the name Tamerlane! The real Tamerlane would invade any country that was too tolerant of religious minorities and slaughter hundreds!

And you! Tolerant! Against violence! For sha-ame!
[/silly voice]

I have a Muslim friend. It’s not like I go around randomly beating up Muslims. I just disagree with some of their beliefs. I know that misogyny is not limited to Muslims…don’t even get me started about Catholicism.

I have a Muslim friend.

“Some of my best friends are black/gay/Jewish …”

It’s not like I go around randomly beating up Muslims.

Just this once, then?

I just disagree with some of their beliefs.

Clearly: if you agreed with all their beliefs, surely you would be a Muslim?

I know that misogyny is not limited to Muslims…don’t even get me started about Catholicism.

Left-footers now, as well? The fact that your bigotry has more than one target doesn’t make it any more acceptable.

Nobody has a monopoly on bastardry. Or an immunity from it, for that matter.