Rickjay and his daughter watch the classic comedies

Roxanne might be Steve Martin’s best comedy. I have no idea how well some of his earlier films, like The Jerk and All of Me, hold up.

Gremlins 2 is more of a comedy, and more fun IMHO, than the original.

Unless I’m missing something, this seems like the right time to mention Young Frankenstein .

I was noticing there was no Mel Brooks on the “So far” list, and only two on “Coming up.” This seemed wrong.

You got the best of the ZAZ gag-driven comedies, but I also recommend their more traditional, plot-and-character comedy Ruthless People. And Jerry Zucker’s Rat Race.

Love that movie! And there are several YouTube videos that explain the ending. You will need them.

“From what I hear, you couldn’t hit water if you fell out of a fuckin’ boat.”

My late husband and I added several lines from this hilarious movie to our special couple’s coded language.

Remember when people attached the telephone handset to the modem for dialup? This goes back to those days… 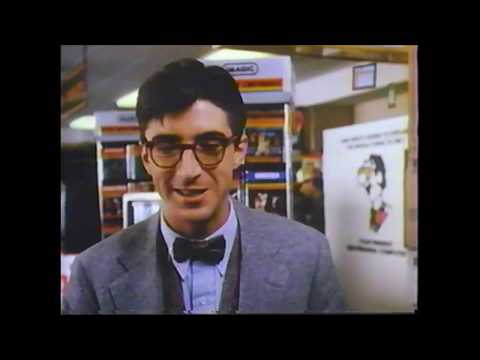 Haven’t seen anyone suggest The Princess Bride yet, so I’ll toss that in.

Despite having already been a dyed-in-the-wool Marx Brothers fan by the early 1970s, Monty Python and the Holy Grail is still the funniest movie I’ve ever seen. So seconding that.

Since you bring up the Coen Brothers, O Brother Where Art Thou and Raising Arizona are both great comedies.

Return of the Pink Panther

The Party is still well worth watching. It’s one of Sellers’ best.

No Animal House? One of the most popular and groundbreaking comedies ever that spawned a slew of imitators.

Funny, something we were talking about over lunch reminded me of it, and I thought, “nobody’s mentioned that one yet.”

So naturally, you beat me to it!

ETA: Clerks (been awhile since I’ve watched it, how well has it held up?)
The Hitchhiker’s Guide to the Galaxy

For some older comedies:

Since you bring up the Coen Brothers, O Brother Where Art Thou and Raising Arizona are both great comedies.

Seconded. O Brother and its soundtrack were on constant rotation in my childhood (well, teenhood) home.

Not many really old here from my POV.

I am a very busy, very important man, and am just trying to beat the last minute rush.

Johnny dangerously doesn’t hold up at all

I know OP said no Will Farrell but I really like Old School (2003) and he’s more supporting than starring. The marriage counselor scene, lol.

Speaking of schools films from 2003, School of Rock is good. Jack Black kills and I still get goosebumps watching the finale.

Sorry to inform you that Meet the Parents turns 21 this year.

Project A, 2 (1987) – Jackie Chan is cinema’s greatest practitioner of physical comedy (NOTE: it is not necessary to have seen the inferior first film to appreciate this one)

Children of the Revolution

Return of the Pink Panther

The Party is still well worth watching. It’s one of Sellers’ best.

A Shot in the Dark

Where Does It Hurt?