The leader of the militia group convicted in the 2017 bombing of a Minnesota mosque wants to be recognized as a transgender woman and receive a lower sentence because of it, according to court documents.

I have my doubts about this. I think HE is trolling the Justice system. Hoping to get a lighter sentence, or even funnier in HIS mind, assigned to a female prison.

I fully support Trans People, but this GUY is just having some fun isn’t HE?

And I am I am confused why media outlets are going along with calling him her.

I don’t want to debate whether this guy will get a lessor sentence as a woman.

I wanna know if this hateful man who bombed a place of worship, Is gonna get away with this?

I think he is laughing his ass off.

If I really believed he identified as a she, I would use those pronouns.

But I do not believe the redneck mosque bomber identifies as a she.

According to the link:

Hari is seeking an amended prison assignment given her gender identity.

Perhaps the convict is thinking to make the bigger ask in hope of at least escaping the rigors of a men’s prison.

P.S. I also consider it pretty likely that she is sincerely trans.

Father of a trans son. I would take the claims more seriously if the person in question was clean shaven. Gender dysphoria is a real thing. That said, my gut feel is that someone that has both gender dysphoria and identifies as female would be clean shaven.

I’d say it depends on the type of dysphoria. I know an MTF that used to dress as a woman and was always clean shaven. But now on meds has a beard and doesn’t care about women’s clothes or makeup any more. Apparently once the internal chemistry felt right, the outward appearance no longer mattered? I have no idea how common that is, though.

(You could argue that s/he is not truly MTF, given the lack of needing to be accepted as such, but the dysphoria was claimed to be real and is now solved by being on the right hormones.

ETA: I doubt in this case any of that applies, but who knows?

If this individual has been struggling for years with gender dysphoria, the participation in the radical, militia-type group, plus the actual bombing itself, may have been desperate attempts on his/her behalf to demonstrate “masculinity” to overwhelm the gender dysphoria.

The hairy picture could be a mugshot taken at the time of arrest.

We have here an extremely confused person.

I think Hari will be successful in getting prison reassignment but will not get a lighter sentence. There’s just too much BS in his attorney’s claims. For instance,

Elkins described Hari as a misunderstood “pacifist” who has lived peacefully in Anabaptist communities throughout the world with other cultures.

and she says Hari “denies any involvement in the attack.” This after claiming “online anti-Muslim content” (plus the gender dysphoria) fueled his participation.

Pacifist, my ass. I don’t trust the Washington Examiner (openly biased conservative source), so I turned to the Minneapolis Star Tribune:

After the 2016 election of Donald Trump, Hari bid on a federal government contract to build the U.S.-Mexico border wall, which Hari viewed as a symbol of protecting American values. Hari later graduated to violent action, manipulating uneducated and financially vulnerable men from Hari’s rural community to help “harass the untouchables.”

And he wrote a manifesto for his militia, entitled The White Rabbits Handbook,

“There is no more anti-Christian religion, and no more anti-American philosophy on the face of the Earth than Islam,” Hari wrote in “The White Rabbits Handbook,” a manifesto for Hari’s militia. “America is a white, Christian country,” Hari wrote.

Add in his failed plot to bomb a women’s clinic, and you can see why a judge isn’t going to give Hari a lighter sentence. His attorney is grasping at straws.

If I really believed he identified as a she, I would use those pronouns.

But I do not believe the redneck mosque bomber identifies as a she.

Mod note: Whatever you personally believe, the board rules are clear. You use the gender the person claims. Any further violation of this rule will result in a warning.

I still believe she is having a good laugh at us libtards taking her seriously.

The part that smells this fishy to me is that she’s coming out now at the same time she’s trying to achieve a lesser sentence. I wouldn’t look too much in how she looks in mug shots and stuff, as it’s not uncommon for a trans person to heavily overcompensate if they’re trying to hide who they are (or have trouble accepting themselves).

However, because this person is on the extreme right, and the extreme right loves to go on about how men could game the system by pretending to be women, and the fact that this particular individual seems to be trying to, well, use the system to get a lesser sentence, I do think skepticism is warranted. This isn’t someone coming out of their own accord, with no benefit other than no longer being misgendered.

Given this situation, I would say that you would need the same evidence that a doctor would look for before helping someone who identifies as trans to be able to medically transition. Granted, the “live as your preferred gender for a certain amount of time” part would be more difficult in a male prison, but those sorts of restrictions come with committing the crime. You have an opportunity to see if she slips up.

If she really is committed to this, then let her change prisons—but no change in sentencing whatsoever. And, of course, you can enforce standards of dress and such. And, again, if she slips up, then you’ve caught her in the lie, and you can add appropriate punishment for trying to game the system.

I feel like we should have the freedom to question ones veracity after they’ve be tried and found guilty of bombing a freaking Mosque.

If a person bombed a place of worship, that person ought to be locked up in supermax. Is the women’s supermax noticeably different from the men’s?

Such a hope was dashed in this case:

Donna Perry is being held on $1 million bond in Spokane County jail and declined to make a court appearance on murder charges this week. She is linked through DNA evidence to the killings of Yolanda Sapp, Kathleen Brisbois and Nickie Lowe, whom... 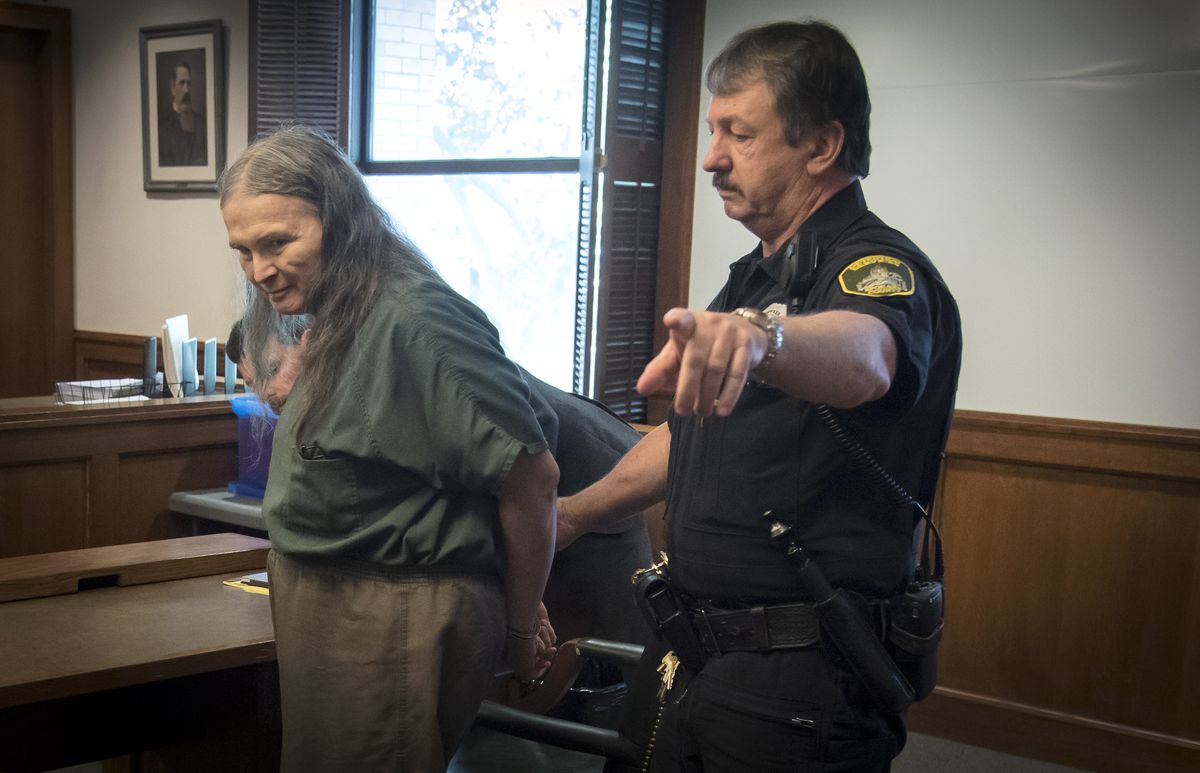 Convicted serial killer Donna R. Perry entered the hearing Monday that would permanently take away her freedom with a smile. She shared small talk with the attorneys who tried to defend her. The attorneys’ faces prompted a question. “What do we got... 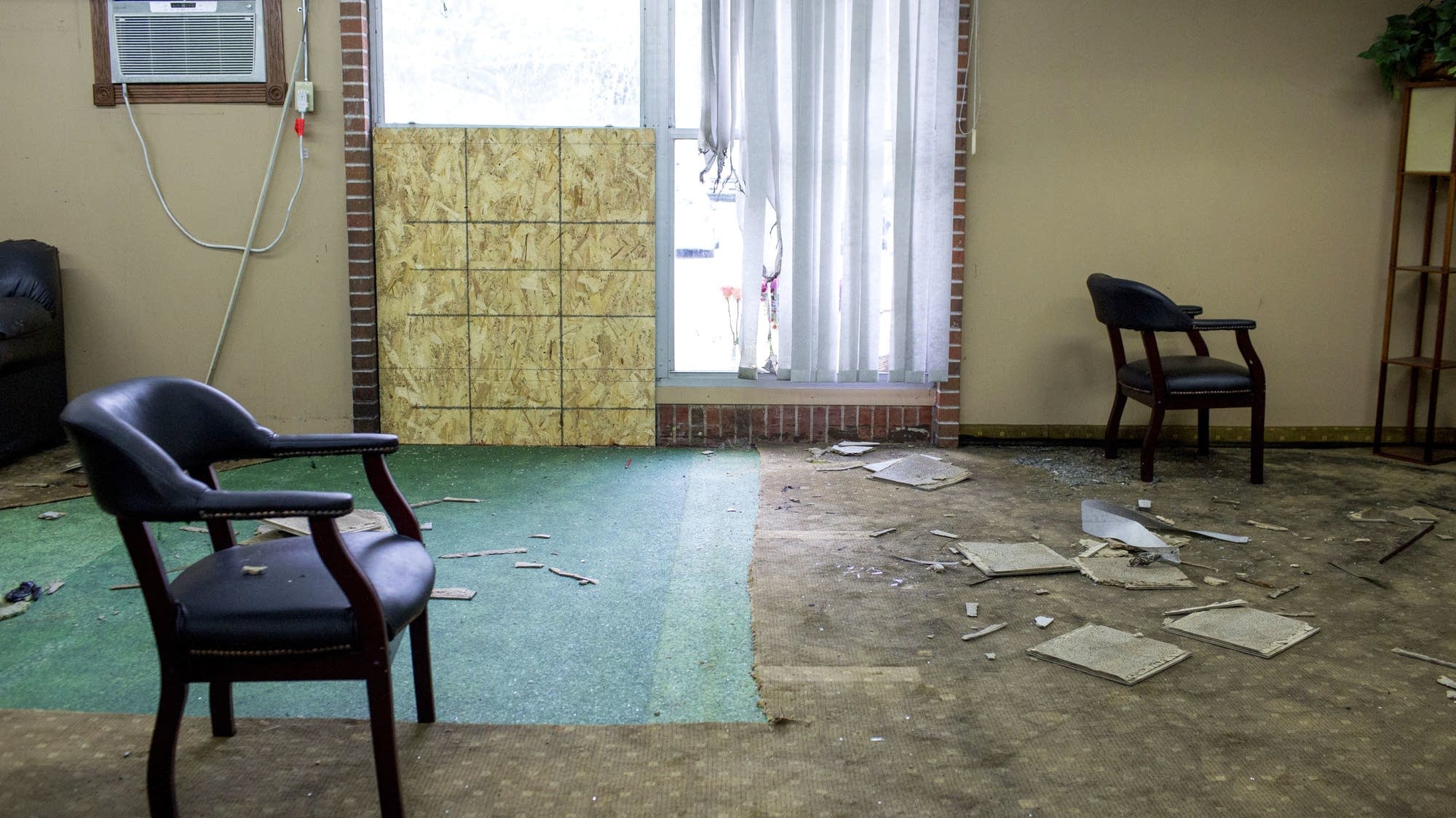 “It was clearly an act of domestic terrorism against a religious group,” Judge Donovan Frank said Monday as he sentenced Emily Hari, previously known as Michael Hari, in the 2017 bombing of Dar Al Farooq Islamic Center. Prosecutors were seeking life...

What stuck out for me from the article…

In a brief statement before sentencing, Hari, 50, described the mosque bombing victims’ statements as “heartbreaking,” adding, “I want to wish them God’s richest blessings in Christ Jesus.”

She wants to wish the muslims whose Mosque she bombed blessings in Jesus Christ.