You were one of the Good Ones, Ed. 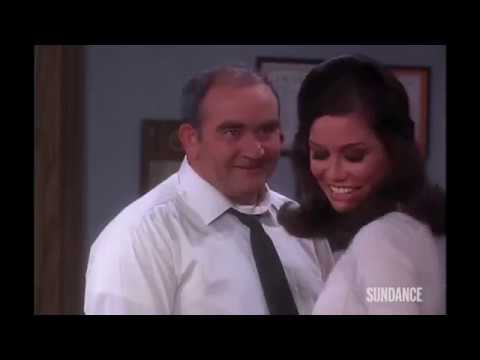 Damn, I though he was going to live forever.

Just saw him on Grace & Frankie. This is sad news.

Sad news indeed. He should have lived forever.

Quite the icon from the 70’s with outstanding work in the MTM Show, Roots and Rich Man, Poor Man.

I hope he wasn’t shelled to death, like Chuckles the Clown. That’d be too sad, no funny, no sad.

I wonder whose tomb he will be buried in.

Oh, Rest Well Mr Asner. You did such good work.

Damn, I though he was going to live forever.

Yeah, me too. He was active well into his 80s, at least. Leno used to feature him regularly on his version of the Tonight Show (up until the 2014 end of Leno’s reign, I think).

He was a good guy, and a great actor–adept at both drama and comedy. Condolences to his family and friends.

I remember him fondly in both the Mary Tyler Moore show and in Lou Grant, the spin-off. I was disgusted with his 9/11 nonsense.

I appreciated his body of work, although it seemed that his roles later in life tended to be of mean-spirited people. To play Lou Grant as both a comedic and a dramatic character was a tour de force.

I’d like to give some love to Ed Asner’s performance as Sgt. Mike Cosgrove on Freakazoid! One of my all time favorite cartoons.

For those who liked him in UP, I believe he returned to voice Carl in the new Disney+ series about Dug the dog which comes out soon.

He seemed to be a great guy irl. James Woods had nothing but nice things to say about him.

He was kind enough to write the foreword to my book on comedy.

Like Abe Vigoda, Ed looked older than he actually was. He was just 41 then he started playing Lou Grant, and it always seemed that he’d be around forever.

I have a clear memory of Ed referring to himself, jokingly, as “El Asner”–a reference to a typo in some press release (or such).

But a search turns up nothing. Anyone else remember this?