Here is the first I could find that wasn’t a twitter update. 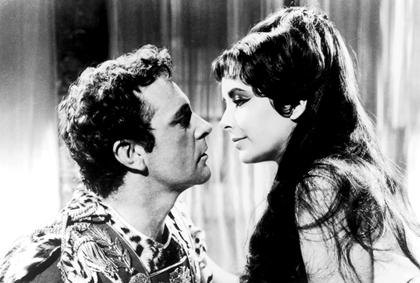 The publicist for Elizabeth Taylor says the actress died today in Los Angeles of congestive heart failure at the age of 79, the AP reports.

You’re faster than my CNN texts.

I only ever knew of her as tabloid fodder, since that’s all she’s been for my 33 years of existance, but I hope she’s at peace.

She was breathtakingly beautiful as a young woman, and a fine actress. Despite her very public marital problems, I think she had a good heart, and was a ferocious advocate for AIDS research. Goodbye, Cleopatra.

You’re faster than my CNN texts.

I’ve been on these boards since 1999 (actually before, since I was an AOL follower) and I’m always amazed at how fast news gets posted. When I found out about Liz Taylor, I did like I always do and checked here first to see if someone had posted it already. Invariably the answer is “yes someone already posted it hours ago!” This time I was shocked that I didn’t see anything, so I checked the other forums. Nope nothing there either. I made the post and continued to check online for a cite; but could only find retweets. I was getting worried that I was going to have to find a mod to close my erroneously open thread.!

As was posted above she was beautiful in her day. Married 7 times (twice to Richard Burton). Won 2 Oscars. Good friends with Michael Jackson of all things.

She had an amazing life. And the most beautiful eyes. RIP, Liz.

“My Mother was an extraordinary woman who lived life to the fullest, with great passion, humor, and love. Though her loss is devastating to those of us who held her so close and so dear, we will always be inspired by her enduring contribution to our world. Her remarkable body of work in film, her ongoing success as a businesswoman, and her brave and relentless advocacy in the fight against HIV/AIDS, all make us all incredibly proud of what she accomplished. We know, quite simply, that the world is a better place for Mom having lived in it. Her legacy will never fade, her spirit will always be with us, and her love will live forever in our hearts.”

She will always be Rebecca of York in my dreams.

Time to go rent Who’s Afraid of Virginia Woolf? and watch in her honour.

I truly believe she was the most breathtaking woman in movies when she was young. If I could wiggle my nose and look like anyone on earth it would be a young Elizabeth Taylor.

I have to admit I never thought she was a great beauty myself, not even when she was a young lady. There was always something odd about her looks, I thought. Still, what a roller coaster of a life. RIP, Liz.

I was actually wondering about her last week in the grocery checkout line. For years and years the tabloids have been proclaiming that she was near death and the thought crossed my mind because she wasn’t on the tabloids that she must actually be near death. She had many health issues in her later years, at least now she is at peace.

Rest in Peace, Maggie the Cat.

Wow. RIP, Liz. She was at death’s door so many times. She had 30-40 operations in her lifetime, and she lived a lot longer than anyone expected!

To you younger people who only have heard of her about her work with AIDS and her friendship with Michael Jackson, there is SO much more to her life. She’s not just ‘some old movie star who died’. Her life was REMARKABLE from the start. You can’t make things like that up, she lived like a queen. A raucous, bawdy, alcoholic, 8 times married queen… My favorite bit was when her egg-sized pearl necklace (which had belonged to real queens in the past) was missing, and was found being used as a chew toy by one of her many yippy little dogs!..I imagine TCM is going to show her movies as a tribute soon. My favorites are National Velvet and Cat On A Hot Tin Roof, but I really hope they show some of her golden cheese-stuffed turkeys, which are also enjoyable but in a different way.

Time to go rent Who’s Afraid of Virginia Woolf? and watch in her honour.

Word. That movie was my joint! Loved her in it. R.I.P.

The violet eyes to die for are closed forever.

She will always be Rebecca of York in my dreams.

FYI, her obituary in the New York Times is bylined by Mel Gussow. But a note at the end mentions that he died in 2005 and that it was updated by someone else and AP reporting. The same thing happened when Bob Hope died in 2003; the obit was bylined by Vincent Canby, who died in 2000.