While her band Sleater-Kinney was on hiatus, Carrie Brownstein took an office job at an ad agency.

Not sure if this counts since he did it while he was still in the band, but Bruce Dickinson of Iron Maiden worked as a commercial airline pilot, and has flown the band’s tour plane.

Bruce Dickenson of ‘Iron Maiden’ became a pilot for a British airline, though he didn’t leave the band.

Beat you to it by three minutes.

Speaking of Brians with physics PhDs, Brian May of Queen went back to school to finish his degree, long after Queen became famous.

Not quite the same thing, but feels similar.

I had a college professor who was a guitarist in a rock band in an earlier life. Not exactly a rock star, but the band (Commander Cody and His Lost Planet Airmen) had a few albums and songs hit the charts.

Donnie Iris, who had a couple of hits in the early '80s (“Ah! Leah!”, “Love Is Like a Rock”), has continued to perform and record ever since, though he’s now mostly a local musician in the western Pennsylvania/eastern Ohio area.

At some point in the early 1990s, he set up a mortgage business as a side project (and, I would suspect, to pay the bills), which he owned and ran for about 20 years.

This career move cannot be considered voluntary, so it doesn’t entirely fit the thread. But it’s too mind-boggling to ignore:

“American singer Elvis Presley served in the United States Army between March 1958 and March 1960. At the time of his draft he was the most well-known name in the world of entertainment.” (Wikipedia)

Elvis had the option to “serve” by entertaining the troops but opted instead to serve as a regular soldier.

Then there’s this guy: James Williamson. Not exactly sure he fully retired from music- and the “new career” isn’t exactly a menial job.

James Robert Williamson (born October 29, 1949) is an American guitarist, songwriter, record producer and electronics engineer. He was a member of the iconic proto-punk rock band The Stooges, notably on the influential album Raw Power and in the reformed Stooges from 2009 to 2016. Between his stints in music, Williamson worked in Silicon Valley developing computer chips. Most recently he has continued as a solo artist. Williamson was born in Castroville, Texas in 1949. His father died while he w...

I may have missed him already being mentioned, but how about Chris DeGarmo. One of the original guitarists and songwriters for Queensryche, he left the band and became a commercial pilot. You can’t say he’s completely retired since he has done a few collaborations over the years with other artists, but it hasn’t been his primary job in many years. Many fans, myself included, would argue his departure was the start of a long, downhill slide for the band.

Played bass guitar for the Shadows between 1959 & 1962 featuring on three UK No.1 records. Achieved another chart-topper with former Shadows drummer Tony Meehan in 1963. By then an alcoholic, Harris dropped out of the music business in the late 1960s.

He then worked in jobs including, but not limited to, bricklayer, hospital porter, bus conductor, labourer, and seafood salesman on a Jersey beach.

Roger Powell was a protege of Robert Moog and a pioneer in the development of keyboard synthesizers. He is probably most “famous” for being the keyboard/synth player for Todd Rundgren’s Utopia. After his music career he went back to work at Apple and Electronic Arts.

Brian Poole of the Tremeloes (the group Decca records decided to sign instead of the Beatles) spent several years post-fame working his brothers butcher shop.

Me. I’m not going to say who I was with but I will be the first to tell you it’s not all it seems and it’s everything I was trying to get away from by going into it in the first place. I’m happier now.

From The Lovin’ Spoonful, Zal Yanovsky opened the very hot, excellent restaurant “Chez Piggy” in Kingston, Ontario in '79. I was a cadet at RMC at the time and one of my classmates discovered it not long after.

Kingston is a magic town with fairly old (for North America) architecture with lots of arched passageways into limestone courtyards, one of which has Chez Piggy and of which I still have very fond memories.

Going from memory of a long ago interview but I think one of the original members of Jethro Tull, maybe the bass player, left the group to be a commercial real estate tycoon and did very well. 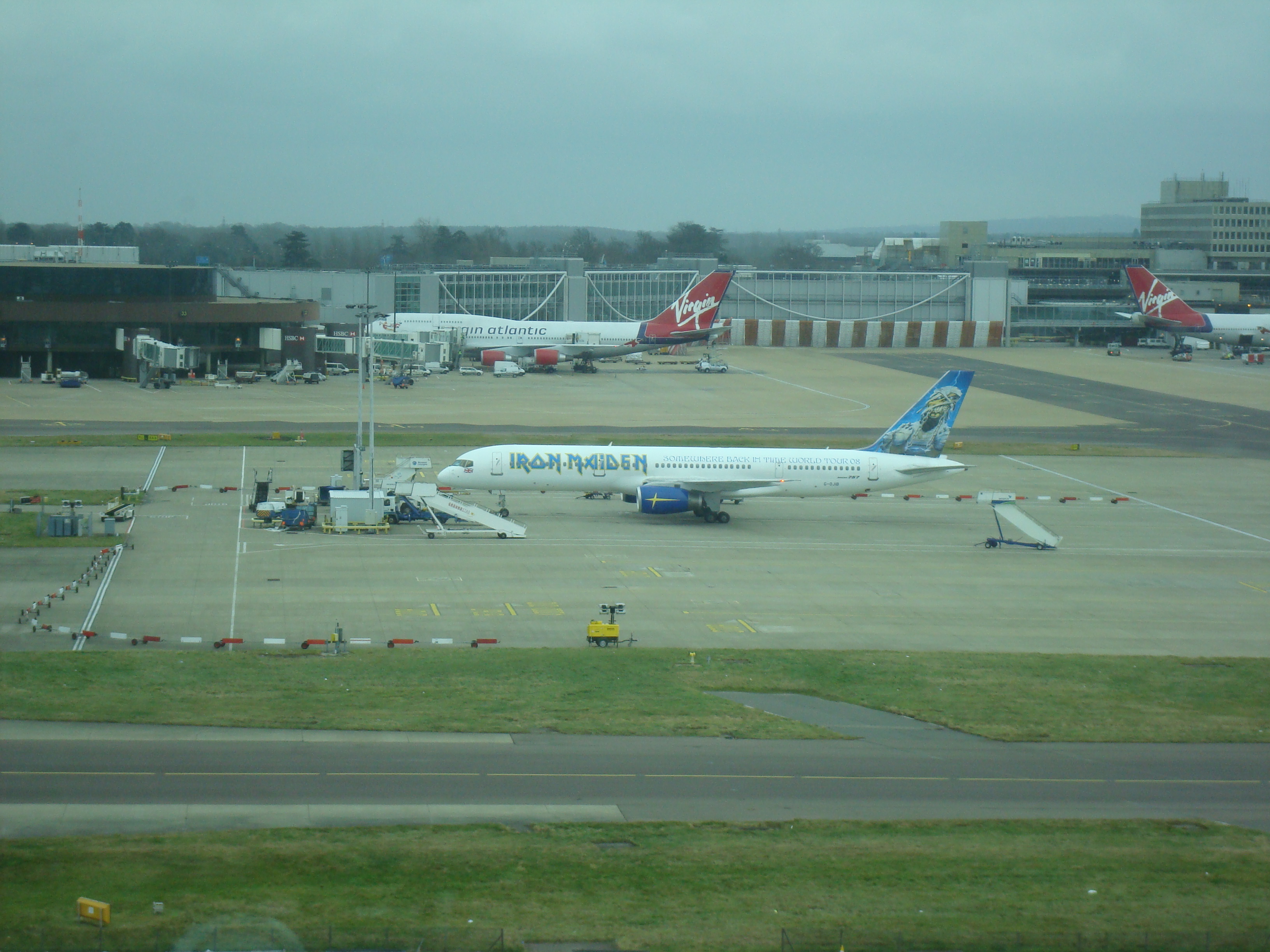 (seen in the wild at London Gatwick right after Xmas 2007)

Someone I knew in high school and am friends with on Facebook has long been part of a fairly successful group that used to tour constantly. The band is well-known enough that I’ve seen people with their t-shirts, though being from the place that they started, there’s probably more fans around here than anywhere else. He posted on Facebook about having to take up a real job during the pandemic after 20 years of touring, but he didn’t do it right away when the pandemic started. This is enough to make it clear that they were successful enough that he has some money put away to live off of for awhile, but that he’s far from set for life and didn’t want to rapidly deplete his savings waiting for gigs to pick back up.

Someone I knew in high school

Oh, you Tease! Spill it!

Oh, you Tease! Spill it!

There’s only 2 constant members of the band, so you have a 50/50 guess as to which one I’m talking about.

No need. Never heard of them. But they must have good to get a Wiki page. But thanks for the reply.

I HAVE heard of them…but can’t say I really know them or their songs.