Russia may be about to invade Ukraine. {Russia has invaded as of Feb 24-2022}

I never take anything away from those in the line of fire.

F’rinstance, I never argued about Iraq or Afghanistan with those who were in the fight at the time.

I did, however, maintain that they had a very narrow view of what was going on in other dimensions, either because of the war or as a true rationale for the war. They had a view from the ground, but generally not from 30,000’.

I neither doubt that people in Eastern Ukraine are in real danger nor that some 190,000 Russian troops are in similar danger.

What I do doubt is that the motivations – at least for the US involvement (however that plays out) – are about much more than money.

And I tend to expect that many in Russia stand to profit from an incursion, even if I don’t know quite who or how.

ETA: what I’ll be looking at after dinner: 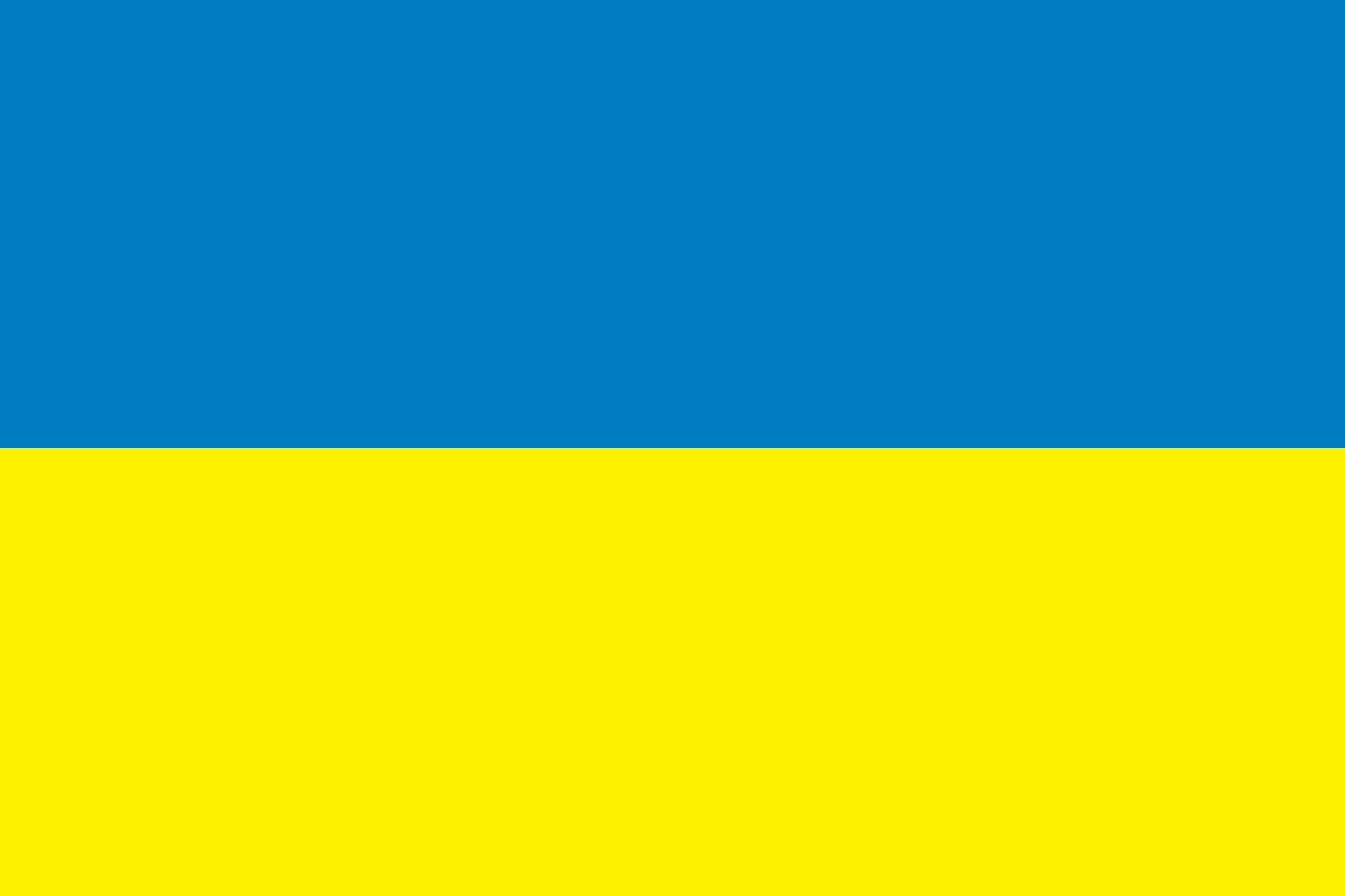 Ukraine - Ukraine - Resources and power: Ukraine has extremely rich and complementary mineral resources in high concentrations and close proximity to each other. Rich iron ore reserves located in the vicinity of Kryvyy Rih, Kremenchuk, Bilozerka,...

Will they make a push for the rest of Luhansk and Donetsk? If so, will they stop once they occupy the whole area, or they’ll keep going?

Yeah, that’s the $64k question right now. I’d have to go with ‘yes’ wrt Russia pushing on to encompass the entire rebel claims as opposed to the territory they currently hold. Something else that hasn’t been mentioned is that the only reason they do hold that territory is directly related to Russia. Every time Ukraine goes to stamp that out Russia basically intervenes and stops Ukraine from doing so. This entire slow-boiling conflict is due to the Russians keeping it boiling. Like your reference to ‘frozen conflicts’.

What I do doubt is that the motivations – at least for the US involvement (however that plays out) – are about much more than money.

And you base that on the couple of billion in weapons sales to Ukraine from some US companies? That is a minuscule amount of money. If it was really about the money, and if this was really driving US policy then we’d have been opening up the weapons flood gates to Ukraine for years now. They WANT to buy weapons and we’ve kept sales low to try and keep the Russians from getting pissed off. Kind of like what we’ve done to the Taiwanese. In fact, very similar. And how’s that worked out?

If you are thinking we are doing this for that juicy LGN sale to Europe, that is equally silly. We already have markets for our gas, and raising the price of gas will hurt us more than it will help us, even if ‘us’ is simply defined as US companies. There are better ways to make a buck than either of those.

ETA: what I’ll be looking at after dinner:

Well, it might make you reconsider who will profit by Ukraine going down, especially since one party definitely seems to be the one pushing all of this while the other is basically just threatening some sanctions of dubious worth since we won’t be going after their energy sectors. Which, I’ll point out, we WOULD be doing if we were really all about cashing in on that juicy LGN money…

“Why would Putin attack countries (like Moldova and Belarus) where he has installed stooges in leadership?”

You’re not up to date, Moldova elected a pro-western government last year.

Putin is actually right to be afraid of being under siege by “the West”. Most former Soviet states are pulling away from Russia, and Putin keeps fighting to hold them back. Belarus, Kazakhstan, Moldova, and that was only last year. He ended up sending troops in Kazakhstan, and Moldova also has a frozen war on its territory with the self-declared trans-Dniester republic (which, incidentally, has on its territory Russian “peace keepers”).
What doesn’t seem to occur to Putin is that those countries really like better the EU (and the economic prosperity it brings) than Russia. Or maybe he knows it, but he doesn’t care. That’s the root of his troubles in Ukraine too, the Maidan/Orange revolution that kicked out the pro-Russian president was triggered by Ukraine reneging an economic treaty with EU. But maybe he thinks Russia is entitled to have its buffer of vassal countries around it, and what those countries want it’s irrelevant.

Ukraine has been wrestling with some balance sheet problems. I think the notion of what materiel they buy, from whom they buy it, and when has as much to do with economics as about geopolitics.

They WANT to buy weapons and we’ve kept sales low to try and keep the Russians from getting pissed off. Kind of like what we’ve done to the Taiwanese. In fact, very similar. And how’s that worked out?

Not only do I agree with this, I think it also bolsters my basic point: this stuff isn’t a light switch. It’s a complex series of (ETA: tightly-coupled) rheostats that don’t always work in a linear fashion.

There are definitely limits as to how much support (yielding big profits to US/transnational corporations) we can wring out of these powder kegs before foreseeable consequences occur.

But that doesn’t mean that money doesn’t keep us actively involved in that dance.

As an analogy (and not a detour): OPEC. OPEC daily plays a very delicate game with pricing, trying to keep demand just below the point where we all buy electric vehicles. Once in a while, they open the floodgates and we all buy Cadillac Escalades.

My position is that I suspect a very concentrated group of industries in both the US and Russia have an exceptionally clear-eyed view of their strategic objectives, that they rely heavily on a totally discrete group of seasoned professionals to market the approach, and that X number of human lives lost is acceptable to achieve those goals.

That’s really the extent of my cynicism, and I think it’s pretty moderate

But maybe he thinks Russia is entitled to have its buffer of vassal countries around it, and what those countries want it’s irrelevant.

That’s exactly what he thinks. And, to be honest, from a historical perspective it’s not completely unreasonable or crazy. That said, countries can make their own arrangements for security, and, frankly, the Soviet-era iron boot on their various necks didn’t exactly instill in any of these countries a fondness of Russians or being under said boot. The Baltics in particular, but most of eastern Europe as well definitely ran to the west as soon as they could and with equally valid reasons to Putin wanting a buffer.

My position is that I suspect a very concentrated group of industries in both the US and Russia have an exceptionally clear-eyed view of their strategic objectives, that they rely heavily on a totally discrete group of seasoned professionals to market the approach, and that X number of human lives lost is acceptable to achieve those goals.

I don’t think this conflict has anything to do with this from either side. This isn’t the military and industrial complex of the US and Russia trying to keep things on a boil, this is about Russian fears more than anything else, and Putin’s desire to piece back together the Soviet Union and Russian military power.

On the US side, this has about zero to do with weapons sales (your argument falls apart when you look at who we sell to, and how much we sell per year…which, isn’t a lot wrt either Ukraine or Taiwan. Really, zero analogy to OPEC) and more to do with the threat to NATO which might fragment over all of this and the threat to the Pax Americana. We don’t want to be dealing with this at all and are only half-heartedly doing much of anything…which is twice as much as the Europeans seem to be doing. You can see this in everything the US has done, or not done during this crisis. Sorry, but if this was OPEC, this would be the time to be opening the taps and spraying high-priced weapons to Ukraine. Not giving them a few man-portable ATGMs which are pretty cheap. It’s been a sellers market wrt Ukraine since 2014, and we haven’t exactly been flooding them with weapons. And we completely stopped sales to Taiwan for years, and only recently sold them a few scraps. Not a great move if this was our evil business plan all along.

I’m not seeing any indications this is about the money or bottom line of defense contractors or oil and gas barons.

I’m not seeing any indications this is about the money or bottom line of defense contractors or oil and gas barons.

Agreed and the thing is, even if money or petrochemicals or munitions were an important factor in Ukraine, it’d still be the moral thing to do to help a democracy against an expansionist dictatorship. Sometimes amoral capitalists are on the right side.

Looking at the bigger picture.

Both of these things will work towards the advantage of the US.

There are always winners and losers in a conflict. It is pretty easy to see the Ukraine is going to be a loser. But what will Russia gain short and long term?

What might he be referring to? Oil and gas are fungible, and I doubt that’s what he’s referring to. Do we really have any other important financial relationships with Russia?

But what will Russia gain short and long term?

The same rather nebulous benefits they gained from taking Crimea, I expect. IOW, and IMHO, it would be a net negative except in Putin’s prestige category. Just a little something to go in his reforming the Soviet Union trophy case.

They gain a broken Ukraine instead of one that’s aligned to the West and an example for domestic opponents. Plus land, shoreline, populations, etc.

Russia closed airspace over eastern Ukraine and told the DNR and LNR to request aid against “attacks”. Probably going down tonight.

Shitty OPSEC. Turn off your phones you idiots:

@ArmsControlWonk
According @googlemaps, there is a "traffic jam" at 3:15 in the morning on the road from Belgorod, Russia to the Ukrainian border. It starts *exactly* where we saw a Russian formation of armor and IFV/APCs show up yesterday. Someone's on the move.
Snarky_Kong February 24, 2022, 2:28am #836

Yeah I think my optimistic prediction is about to be disproven

Kyiv getting bombed at the outset. Probably going to try to take the capital with attacks from Belarus. Big big trouble.