Why does the audio of the new scene often start before the image transition? In some cases you can even think for a few seconds that the audio is supposed to be for the current scene, before it switches over.

Can you link to an example?

My kneejerk answer is “style”, but let me see it.

A J cut is a variant of a split edit film editing technique in which the audio from a following scene overlaps the picture from the preceding scene, so that the audio portion of the later scene starts playing before its picture as a lead-in to the visual cut. Also called an audio lead or audio advance. The name of the cut refers to the shape of audio and video pieces of the second of two scenes cut together when it was done on analog film [a] and this technique has been applied since sound film...

Also, an L cut is the other way around, the video continues to the new scene, the audio stays on the previous scene for a few more seconds.

As for why…it’s an artistic choice the editors and/or director makes for one reason or another. Likely to invoke some type of feeling or reaction in the audience.

ETA, if you search for J or L cuts, there’s a bunch of sites that give a few reasons why an editor might use them, and a lot of examples of movies that use them.

If you have Netflix, episode 10 of Ozark at about the 6 minute mark is an example.

Also referred to in screenwriting as prelap (if it’s dialog): 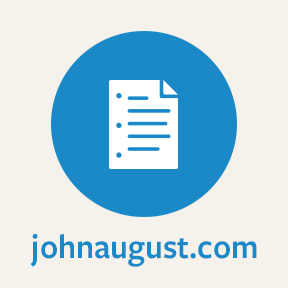 Using dialogue to bridge a cut. (Warning: some readers are haters)

I’ll bet I could point out the exact day they started doing this. It confused me the first time I heard a character start talking in a scene they weren’t in.

And then, that same day, saw the effect used three more times in TV shows.
Each time, I was totally taken out of the show.

I think it breaks a certain trust with the viewer. I’m fooled by audio that doesn’t belong, I realize the director has been toying with the audience, and I’m reminded again that this is just a movie.

It;s a very old technique; it has been common since the start of talkies. We are so used to it as a cinematic convention that it usually passes unnoticed, unless done in a very exagerated fashion.

I think the original idea was that a jump from one scene to another, without an interposed title card, would seem “jerky” to viewers accustomed to the conventions of the silent film, and possibly even confusing, and that the viewing experience would be smoothed for viewers by the audio briefly signalling an impending scene change, and giving some hint as to the nature of the coming scene - e.g. traffic noises signal that we are about to jump to a street scene. 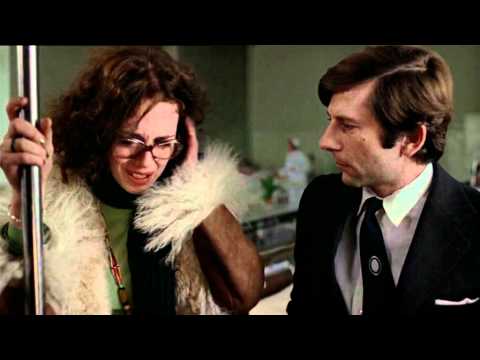 I remember watching Star Wars for the first time in 1977. It was also the first time I think I paid attention to such transitions. My feeling was that they conveyed the feeling of a 1930s serial like Flash Gordon, especially when paired with period screen wipes to convey a sense of time passing, something I think had largely fallen out of favor at the time.

It’s a powerful effect when used right. I can’t think of any specific examples right now, so I’ll make one up: film ends with dramatic courtroom scene. The night before the court date, the protagonist or whoevever is sitting silently, thinking that things are not going to go well, and we can see the tension on his or her face. Suddenly, we hear, “Court is now in session” or something similar, and the camera cuts to the courtroom just in time to show who said it.

I usually enjoy the effect, although my example above sounds a little hackneyed. I vaguely recall a film that might have done a better job of using that effect. Someone is staring at a ceiling fan, but the sound is actually that of military helicopters that appear in the next scene, in Vietnam or something. Was that Apocalypse Now?

Yes, I believe it was at the beginning of Apocalypse Now, when Martin Sheen is alone in his hotel room.

A film class instructor once pointed out that this somewhat mimics how we direct our attention from one view to another ITRW. We hear a sound and then turn to view the action.