Scientists at Mighigan Technological University have been scouring social media for indications that Time Travelers have inadvertently slipped up and revealed future information:

(CNN) – In the movie “Back to the Future,” the year is 1955 when Marty McFly introduces the song “Johnny B. Goode” to a high school dance. That was three years before this tune was actually written, but McFly knows it well because he’s from the future.

It would stand to reason that in real life, time travelers from a future era – or who had at least visited the future – might give themselves away by mentioning events that haven’t yet occurred. They might even do so online.

I mean, you’d obviously take to social media to broadcast your foreknowledge of world events, right?

Scientists at Michigan Technological University wanted to see if they could catch any such slips by residents of the future. So Robert Nemiroff, professor of physics, and graduate student Teresa Wilson conducted a whimsical study in hopes of identifying accurate predictions of future events. They are presenting their study at the American Astronomical Society Meeting on Monday.

The online platform that allowed them to look most comprehensively for prescient posts was Twitter, because the social network doesn’t allow back-dating. Facebook users can alter timestamps on posts, and the popular search engines Google and Bing were not as helpful as Twitter in looking for “prescient information,” the authors found.

Study authors focused on two major search terms they believe will have lasting significance for years to come: Comet ISON and Pope Francis. They looked for mentions of these from January 2006 to September 2013.

Before the identification of comet ISON in 2012, there were no mentions that the researchers could find of this icy space rock. Similarly, before Jorge Bergoglio took on his papal name in 2013, the phrase “Pope Francis” did not appear in the researchers’ search results, except for one person’s blog, which appears to have been speculating – not remembering something from the future.

It appears that no one posted about his or her neighbor or acquaintance declaring the name Pope Francis early, either.

“It’s not proof, but it’s an indication to me that it’s not possible,” Nemiroff said, referring to time travel.

There are, of course, several reasons why this technique might not detect any time travelers. Nemiroff and Wilson may have missed them by using the wrong search terms. Temporal adventurers might avoid posting to social media altogether, or even using the Internet, for fear of being found out. 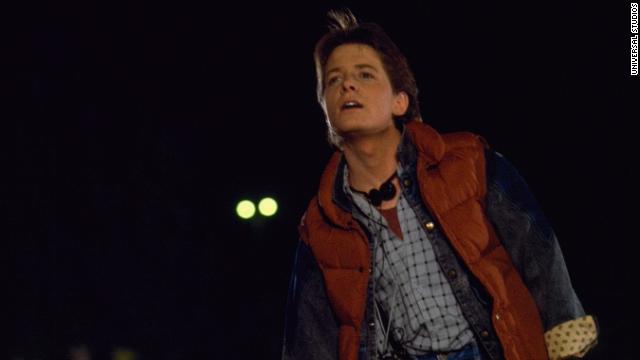 Scientists wanted to see if they could catch any time travelers predicting the future online. They didn't find any evidence.


This is only one story on this phenomenon. I learned about it from an editorial in today’s Boston Globe. You can see others here:

My apologies if this has been covered before*, but when I tried to do a search, it crashed twice.

In any event, there have been stories about apparent time traveler slip-ups (like the silent movie with a possible cell phone), but I know that I’ve seen several eerily accurate predictions and assertions (on places as unlikely as the 1960’s show Laugh In’s “News of the Future”). I’m sure that Dopers can come up with a list of what appear to be Time Traveler slip-ups that will prove the MTU researchers wrong. Or at least justify their getting another grant.

*Maybe we should search for reports of this study printed before it was performed, just as a check.

That’s silly. I know for a fact that they won’t find anything until October 21st of next year.

And, I also know that [spoiler]Someone is going to make a crack about funding. Looking at one of the cites, it says they did this on their own.

But you already knew that.[/spoiler]

As I will have said on the previous/prior/conditional incident, this is why they require exteme training and the mind-wipe for near-subjective-future trivia.

And, I also know that [spoiler]Someone is going to make a crack about funding. Looking at one of the cites, it says they did this on their own.

But you already knew that.[/spoiler]

Just to prove you wrong, I’m going to make a funding about crack.

I seriously question the common sense of those researchers. Nobody but a few astronomers is going to remember the name of a dud comet 20+ years down the road.

As for the Pope–by what leap of logic do they conclude that a time traveler is going to be interested in religion? It’s a better choice than ISON, but far from an ideal one.

This struck me as just a fun side project for the researchers involved, rather than a serious inquiry into the possibility. I don’t think there’s much utility in deeply analyzing the methodology. I get the impression that Nemiroff would enjoy the increased name recognition from a popular media fluff piece as this, as he’s done a few social media appearances before and may be looking to establish himself as a popularizer of astronomy/physics/science.

I recall an AMA on Reddit not long ago regarding this study. I thought it was Nemiroff that did it, but I can’t seem to find it now, so maybe it was someone else involved. The researcher answered most questions with a “fake” answer that was fun and incorporated references to various fictional time travel tropes, etc. They then followed up with a “real” answer that was an accurate reflection of their research and, sadly, far more boring.

Maybe someone with better Google Fu could summon up a link.