It’s an HTC Thunderbolt. When I connect it to my computer to download pictures - lets see, how to describe this…

For the sake of this example lets assume we’re starting from zero. On Monday I take 5 pictures. On Wednesday I take 5 more, and at the end of the day I download all 10, but I chose not to delete them, as I want to be able to look at them on my phone. On Thursday I take 10 pictures, and connect to download. Today’s folder has 20 photos. I’ve figured out how to select them and only download the new ones, but imagine there’s an easier way.

But here’s my real quandary. Thursday’s folder doesn’t have 20 photos, just 20 photos I’ve taken. It has 239 photos. My phone is capturing images of anything I browse using internet features. If I look at facebook the profile pic of any friends I’ve interacted with is lined up in the download folder. I’ve been using a calorie counting app that catches info from the web so there are images of Progresso soup and bananas. By changing the program I use to import them to my computer and going through and unchecking 229 boxes individually I can avoid downloading pictures of blog authors and my lunch and the ebay items i looked at.

There just has to be a way to change this in Settings. Right? Would one (or more) of you mind telling me what it is?

That would be really great. Thanks in advance.

Are you downloading using HTC Sync utility or just mounting the device as a usb drive? I use the latter and find that photos I have downloaded are in a seperate directory from those I took with the camera. I never use the HTC tool, it sucks, but wouldn’t be surprised if it agglomorated all images, perhps even those in cache.

My phone is capturing images of anything I browse using internet features. If I look at facebook the profile pic of any friends I’ve interacted with is lined up in the download folder.

It sounds like you’re not only syncing photos, but all images from the gallery. You can make those images disappear from the gallery by adding a file named “.nomedia” (note the dot) in their directory. For example, on the sdcard you probably have a folder named “Facebook.” Go in there and create a new text file named “.nomedia”. You don’t need to put any text in it or anything, just create it, and the gallery will ignore that directory. The hard part is that sometimes the directories have wonky names that don’t really hint at what they belong to.

It looks like there are apps to make this easier. Search nomedia in the market.

This is free and is part of google 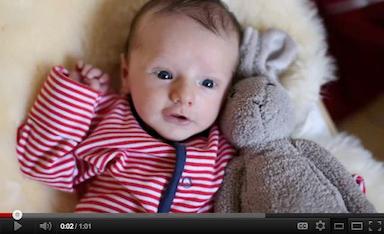