SI Sportsperson of the Year 2020

Yes, there was an earlier thread about this, but that one assumed that there would be no professional sports after early April. In light of both the NBA and NHL completing their seasons, MLB having its World Series (barring a major catastrophe), and pro golf and tennis pretty much finishing their seasons, who should be the 2020 Sports Illustrated Sportsperson of the Year?

It could go to something like “the virtual/cardboard fan” or “the empty seat”, or someone who did a lot for his community in light of COVID-19, but if it’s a Dodgers/Lakers share, they may take that into account when choosing one of the recipients.

Lebron for the championship and the NBA boycott and activism.

If not Lebron specifically, something related to activism.

You can take it to the bank.

IMO it should ONLY be one person. When SI makes it an entire team or more than one player its a cop-out.

No question LeBron is #1 with a bullet.

I’d say based on his Super Bowl win, and his level of play so far in 2020, Patrick Mahomes is a close second.

Lewis Hamilton or Bryson DeChambeau are candidates for third. Another honorable mention might be Joe Burrow just because its a great story.

Hard pressed to think of anyone in baseball and not sure if an athlete that only plays for 3 months should be in consideration, regardless that its not their fault. As for hockey, Tampa Bay is a great team but I cant think of any name that transcends to this level.

If they have to pick a team, Liverpool would be an easy choice after finally getting over the hump. But, SI focuses on the USA.

[quote=“stuccosuperstar2020, post:3, topic:922757, full:true”]
IMO it should ONLY be one person. When SI makes it an entire team or more than one player its a cop-out.

No question LeBron is #1 with a bullet. [/quote]
I agree that individuals are preferred to teams, although there are cases when two different athletes equally deserve it, especially when they are from the same team or the same city in different sports. I don’t think it will be two unless they’re both from LA, and even at that, both teams have to win championships and be their first championships in at least 10 years (in the Dodgers’ case, it would be 32).

And I would agree that LeBron deserves it, except that I have a feeling SI is going to think long and hard about giving it to him for a third time when, other than himself and Tiger Woods, no one in the magazine’s history has won it even twice.

I’m sticking with my initial answer of Laurent Duvernay-Tardif, the KC Chiefs offensive lineman who is sitting out the 2020 season because he feels like his second job is a little more meaningful right now - he has a doctorate in medicine, and spends his time on the Covid frontline in a long-term care facility. 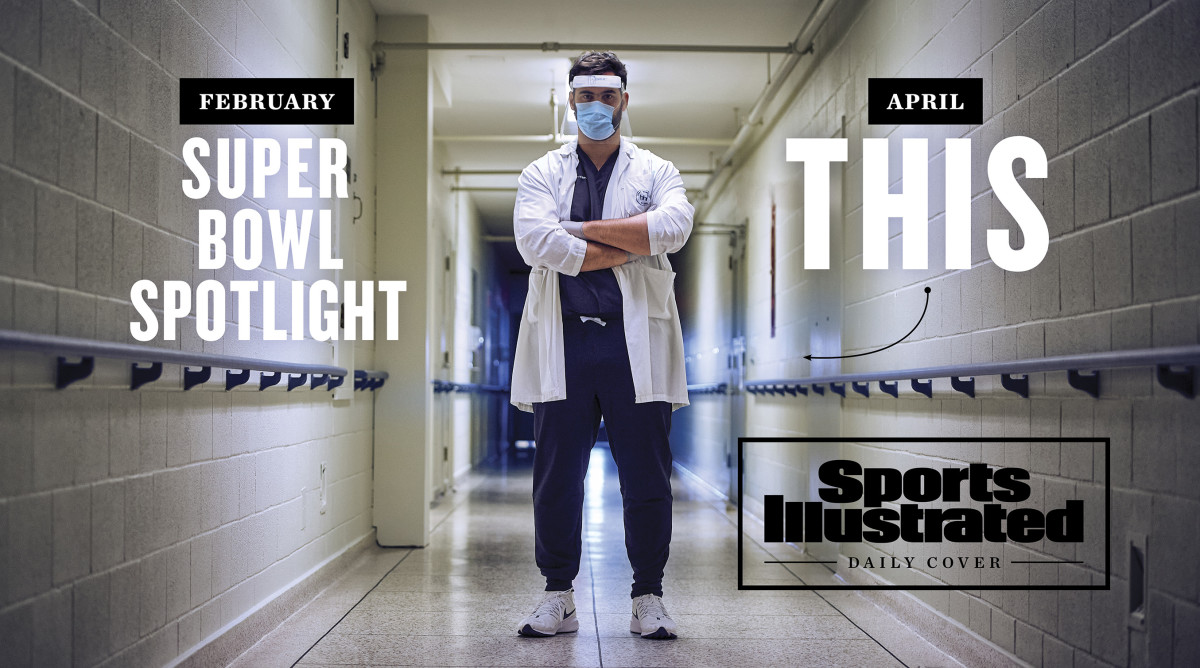 Three months after helping the Chiefs to a Super Bowl victory as their starting right guard, Duvernay-Tardif is putting his doctorate in medicine to use: fighting the coronavirus outbreak at a longterm care facility in Quebec.

He deserves recognition for this for sure but to me SOTY has to be earned “on the field”.

Which of the “Athletes Who Care” earned it on the field? Besides, if Duvernay-Tardif were to get it, almost certainly it would be a shared award with Mahomes.

LeBron James is the poster boy for “athletes that care”. I’m not saying what Dunvernay-Tardif did was not noble and worthy of recognition (Walter Payton Award, anyone), but this is an award that should consider athletic accomplishment during the year as well.

If the Rays win the World Series, then you’ll have two teams from Tampa Bay winning championships this year (the Lightning won the Stanley Cup).

Though I bet it’ll be something like the kneeling athlete. Or if they want an individual, perhaps Lebron.

He is simply transcending his sport and elevating himself into a dimension that makes him a cultural icon. He might not be everyone’s idea of icon, but neither was Muhammad Ali or Jim Brown, which is the point. We will probably look back in 20 years and acknowledge that King James could have simply shut up and taken his money to the bank, the way MJ did, the way Derek Jeter did, or the way Tom Brady does. Nothing wrong with those guys - they’re decent law-abiding citizens. But Lebron is using his fame as a platform for real cultural and civic impact.

So long as it won’t cost him any money.

I don’t agree with it but I could see Tampa getting some run here if the Rays win it all and Tom Brady is lighting the NFL on fire a month from now. SI has always been a front-runner publication that does embrace “championship” markets. The ironic think is Tampa fans could care less about the Rays, MLB was talking about splitting their home games with Montreal for COL.

Now that the Dodgers have won the World Series, I still think it will be somebody from the Lakers and somebody from the Dodgers. If they do give it to LeBron in part because of BLM, the Dodgers winner will probably be Mookie Betts, who was one of the early supporters of the “mini-walkout” in the NBA and MLB on 8/26 in response to the Jacob Blake shooting.