Someone Needs to Invent

A car horn tone that means OOPS, SORRY ABOUT THAT! Maybe a tweedle tweedle sound.

An email client that deletes emails when they are no longer relevant.

Not for personal email, mind you, but for “special offers” or “weekly coupons/codes” that are going to be completely irrelevant at some point in the future. Just get rid of them as soon as they’re useless.

Probably would take some AI to do it without sender assistance; so if we could figure out a way to incentivize senders to use an email header to do this, so much the better.

How about a personal communication scheme that is more useful and more practical than email?

Actually, I think what we need at this point is something that would automatically translate any preferred method of communication into all the current and no doubt future proliferating versions; so that I could send an email and magically reach not only the people who like email, but also all the people who will only read texts, the ones who only read facebook, the ones who expect to be notified via twitter or snapchat or whatever’s currently up next, the ones only on a land-line phone, and the couple of people who really wanted a hardcopy letter. Oh, yes, and the ones who would have noticed if it were in the newspaper. – and then have all their replies in their preferred methods get somehow translated into my email box. In legible form, please, not in a text attachment that mysteriously leaves out half of what they said.

I really think the last thing we need is yet another communication scheme; but I expect we’ll get at least another dozen or so of them anyway.

Fortunately, the charging one has been solved now that we've all standardized on mini-USB. Or is it micro-USB? Shit.

In my job - granted, I am a software engineer - I look at email maybe twice a day, mostly to see if someone forgot how to communicate and occasionally, if bored, to mark notification emails as “read”.

All communications are on Slack, where you can choose what channels that contain information you care about to be part of. Discord, which grew off a gaming community coms app is similar.

All communications are on Slack, where you can choose what channels that contain information you care about to be part of. Discord, which grew off a gaming community coms app is similar.

When most of my department started to work from home, we started using Slack. We also use email, but Slack really is great. Each sub-group has a channel, and big projects get their own channel too.

Some things can be cooked on a car’s engine. Cooking great meals with your car engine. The heat is on.

For keeping your food warm, you’d just need something to hold it securely in one position on the engine without the food spilling.

Rollout would be in Paris, reviving whatever infrastructure remains of the old system, 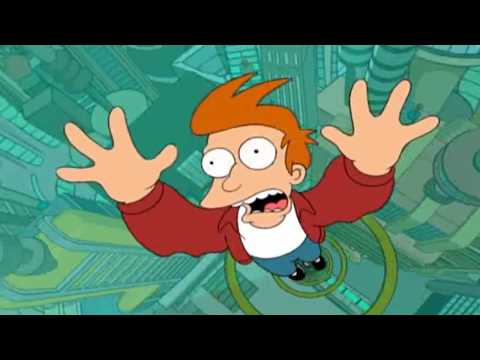 A way to painlessly and instantly remove six billion humans from the earth.

Can you shave with that edge?

I gotta be me.

We need a lime tree that grows limes the size of navel oranges and with the sugar content of a ripe banana. Of course, the regular lime flavor will remain, just much sweeter.

There are, however, lemons like that, called Meyer lemons. My neighbor has such a lemon tree. We had an entire thread about that. I’ve never seen or heard of these lemons elsewhere, and I’ve never heard of them in stores.

My neighbor has a lemon tree that produces lemons unlike others I’ve seen (or tasted). Some nearby neighbors think it’s a distinct variety of lemon, others think it must be some lemon/orange hybrid. I wonder if any Dopers know of this kind of lemon? The lemons are nearly spherical, almost-but-not-quite like oranges. They are definitely lemon-yellow. They taste like lemons, but sweet enough to eat straight, like an orange. They are somewhat lemonade-sweet (but not too sweet) and somewhat le…

Something that I think would be really useful would be a computer keyboard that is split into two halves and then connected to their respective left and right office chair arms, with the selected keyboard half also having a trackball attached.

There are split keyboards. You can do a google image search for split keyboards to see pictures of many models. I don’t know about how the trackball placement goes. You could probably jury-rig some way to attach to your chair arms.

Also, all cans (vegetables, soups, tuna, etc) should come with a ring/pop-top. I notice there are a lot more of these cans lately. But they all should be like this by now.

Some of those are more difficult to open than others. For those of us with ancient arthritic fingers, it can be all the more difficult and unpleasant. Such cans might be openable with a regular can opener, depending on the can and the can opener.

A while back, I asked if there is a tool for opening these pop-top cans, and we had a thread about that:

A lot of canned foods now come in those pop-top cans – the kind where you pull the entire top off. I have a hard time with some of those, due in part of increasing arthritis or maybe just general old-age decrepitude. Can anybody recommend an alternative way of opening these? Is there some trick using any tools I might have around the kitchen? Are there any kitchen tools out there specifically designed to open lids like this? (Some such cans can be opened with a can opener, but not most that…

There are , however, lemons like that, called Meyer lemons. My neighbor has such a lemon tree. We had an entire thread about that. I’ve never seen or heard of these lemons elsewhere, and I’ve never heard of them in stores.

You can buy the trees, including for growing as a houseplant. Here and I’m sure other places: Absolutely the hardiest of all dwarf lemon trees, Improved Meyer will withstand temperatures as low as 32°F for very short periods. It is also quite prolific producing medium sized, 3 inch, brilliant yellow fruit that turn yellowish-orange as they...

There are split keyboards. You can do a google image search for split keyboards to see pictures of many models. I don’t know about how the trackball placement goes. You could probably jury-rig some way to attach to your chair arms.

True, however, this concept first occurred to me back in the late '90s and, at that time, I assumed that someone would develop (properly as opposed to velomont duct-taping half keyboards to his chair arms