Song royalties, who's cut is bigger?

When a song is recorded and generates income who gets a bigger cut of the proceeds, the vocalist/ band or the person who wrote the song? Something tells me the biggest slice goes to the label.

It all depends on the contract and how the song is used. There are a number of parties who may benefit…

Rights are split into two. Mechanical sales (sales of the song) and performance rights (radio airplay and public performances). Performance rights are often worth a lot more than sales. This money is not paid to the label but rather the publisher - who has a separate deal with the songwriter determining how the money is split. The % split might depend on how long the deal is for and who keeps the rights.

The performer usually doesn’t get a look in to this; however if the performer is Madonna or some other massive artist, they may well say “look this record will sell a ton because it’s me singing it, so I expect a cut of the publishing rights.”

The label gets a very big cut of the mechanical sales of the actual record. And they make a very large profit if the music sells widely. But 95% of releases make a loss so they sort of need to make a big % to make it work. The songwriter might also get a cut of this, but this is one the performer should get a decent profit from.

I only flirted with the music industry in London briefly so my understanding is pretty limited. Someone with a more extensive knowledge will no doubt be along shortly…

The one with the better agent. 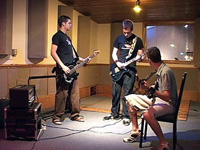 The last time you bought a CD did you wonder how much of the sticker price was actually going to the artist who performed? How does a Platinum-selling musician end up broke? Find out what musicians are actually being paid.

As I understand it the writer of a hit is the winner in the long term. This is because even if the original singer sells millions and has a profitable tour, the writer(s) gets paid every time someone else covers it. Of course, the best off are the singer/songwriters.

Also, the songwriter cut may be split between the person who wrote the lyrics and the one who wrote the music. Such dual authors are fairly common. Like Elton John/Bernie Taupin, for example.

They should have a contract, but it probably makes for wealthy lawyers and accountants.

I believe that The Spice Girls are all individual limited companies. Then each one has several other companies in their own right - perfume fashion etc. On top (or under) that are separate companies for each tour and who knows what for merchandise.

It can get complicated.

Once successful, many singer/songwriters form their own publishing companies in order to have more control and to preserve earnings. E.g., Neil Young formed his company Broken Arrow early on. (Named after an early song, later ranch and album.) So his share of the publishing rights are higher.

As for the performer, record companies are notorious for charging various fees for the production of a record. Many times a performer is in the hole big time. E.g., Tom Petty had to declare bankruptcy at one point to get out from under record company bills. And this was after several highly successful albums.

I remember a singer-songwriter from the 60s, maybe Phoebe Snow, who gets a statement several times a year listing her earnings. And she still owes money to her label and isn’t getting a cent.

The royalties are on paper only.

For a lot of artists, even successful ones, the only way to make money is to tour.

Most groups have the songwriter get the publishing and the group splits the rest of the money evenly. The Rolling Stones had a strange deal in that one of their members, Ronnie Wood, was a salaried employee for years before officially joining the band.

Most groups have the songwriter get the publishing and the group splits the rest of the money evenly. The Rolling Stones had a strange deal in that one of their members, Ronnie Wood, was a salaried employee for years before officially joining the band.

I have a friend who was a studio musician for Queensryche back in the 90’s and he told me that that those guys did not want any suggestions from the studio musicians or even from other band members on any songs that they wrote or else they would have to include them in the royalty split. They eventually just started recording any old crap because the contracts were not beneficial to anybody in the group itself and the music quality showed it.

Similarly I saw a documentary on the Beatles were George Harrison was telling John and Paul to just tell me how you bloody want me to play it because I can’t read your mind. It’s one of the main reason they broke up, financial and artist license reasons not Yoko.

I have some friends in a band who split the publishing rights equally between the five of them. This is despite the singer being the real engine room behind all the songs. But when they go to record it they each put there own spin on their own parts. Another band I know, who work in almost exactly the same way split the royalties differently. The singer is again the most creative songwriter and he gets 50% whilst the rest of the band split the rest evenly. If another band member comes up with a song then he’ll get the 50%. If that’s just one song on an album then they’ll do the maths and a percentage will be worked out for each member. It’s really up to them.

Thanks for the rellies, how about songs written by a songwriter not in the band? Does that writer get all the sweet publishing dollars?

Thanks for the rellies, how about songs written by a songwriter not in the band? Does that writer get all the sweet publishing dollars?

As long as the song writer still owns the rights to their own music then yes.

I remember Leonard Cohen whining that he lost (sold) his rights to Suzanne.

I guess that with a lot of covers, it can amount to a nice pension.

I saw Faron Young telling a story about Willie Nelson’s song “Hello Walls”. Faron said Willie offered to sell him the rights to the song, but Faron told him no. He said he would loan Willie some money if he needed it, but to hang on to the song. After the song became a big hit, Willie saw Faron and kissed him.
Here’s a clip on Youtube of Faron Young telling the story: https://www.youtube.com/watch?v=IBN9uk1N2oA

Something tells me the biggest slice goes to the label.