If you can think of examples of songs about mental illness by those who were mentally ill, even better, since its coming from a familiar place, as opposed to someone writing about something they don’t know.

I think Roger is intelligent and was troubled, but he had it under control… Someone like Jim Morrison did not have control. Perhaps “Break on Through” is one of many, since many of his lyrics are surreal and can be interpreted differently, where Roger is very direct.

Fire and Rain by James Taylor is about his depression and drug abuse and a friend who killed herself.

Alice Cooper’s “From the Inside” is a whole concept album inspired by the time he spent in a sanitarium for alcoholism, and the people he met in there.

“They’re Coming to Take Me Away,” by Napoleon XIV is pretty mental.

“Twisted”, written in 1952. It was covered by many and found on Joni Mitchell’s **Court and Spark **album.

I had a brain
It was insane
Oh, they used to laugh at me
When I refused to ride
On all those double decker buses
All because there was no driver on the top 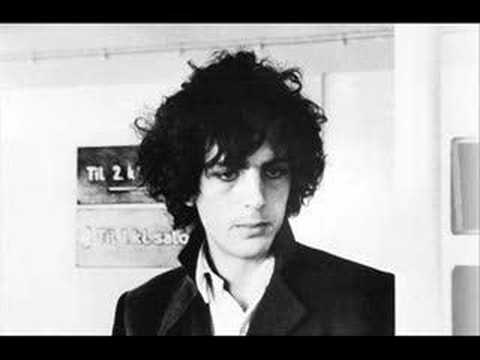 “…But everyone who’s living in this place is very strange.
If you hand me my crayons, I’ll be glad to take your name,
In case I come across the guy you knew…
But I don’t remember loving you”

That guy is definitely having a breakdown.

“Veteran Of The Psychic Wars”

File under close but not quite: In a live version I have the sisters from Larkin Poe explain that their song “Mad As A Hatter” is about their grandfather’s experience with severe mental illness.

I’m not sure if it was Pete Townshend’s intent when he wrote it but “Behind Blue Eyes” does provide a good description of someone who’s severely bi-polar.

*Speaking of, John Frusciante is back after ten years!!! YAY!!!

Alice Cooper’s “From the Inside” is a whole concept album inspired by the time he spent in a sanitarium for alcoholism, and the people he met in there.

Cherry Blossom Clinic by The Move

Doug Hopkins of the Gin Blossoms was clinically depressed and an alcoholic. He wrote all the band’s most notable material, including “Hey Jealousy” which just barely qualifies for this thread.

How about “Miss Misery” by Elliott Smith?

Some great songs about depression:

I See A Darkness- Johnny Cash’s cover of Will Oldham’s song, with Oldham backing

And if you’re going for authenticity, I strongly recommend the whole (small) work of Nick Drake. It’s superb.

I don’t know if Wesley Willis’ oeuvre really discussed mental illness to any degree, primarily because I didn’t listen to much of it if I could help it.

What I can say with assurance, though, was that he was a homeless and deeply schizophrenic individual who wrestled with his mental demons for a long time. He was also a very prolific song-writer, though you may find his music formulaic and challenging to listen to.

All the same, hopefully that may scratch some of the OP’s itch.

David Bowie’s “All the Madmen” is just a starter for his songs about madness.