That record didn’t come out until late 1963 after the Four Seasons already had plenty of falsetto songs under their belt. It was, however, originally a B Side to a song even many die-hard Frankie Valli fans are unaware of: 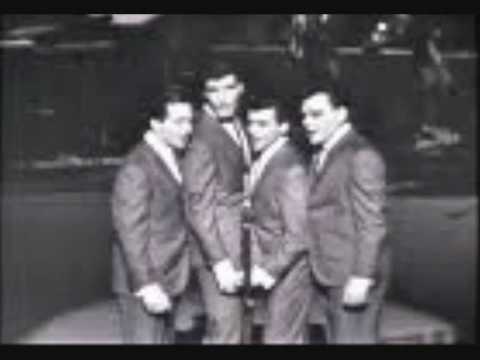 Their producer was a fan of Slade, and wanted them to cover the song for the new album. But the band wanted to write all their own songs for the album. Plus they hated the song. So they purposely made a bad recording of it, hoping the record company would refuse to release it. It became a huge hit for them.

The Beach Boys’ “Barbara Ann” was never intended to be a single, but the record company decided to release it anyway, without telling them.

It was the last song on their debut album. WMMS disc jockey Donna Halper would play the song when she needed to use the bathroom. (It’s 7 minutes long.) It caught on with Cleveland rockers.

There are many artists who having fallen out with record labels release ‘Contractual Obligations’ albums. Such albums range from truly awful through interesting up to classics from that artist. It’s unclear whether the artists in question intended the following albums to actually be so good. These are all albums produced for Contractual Obligations

Then there’s an album where the artist was forced to sign away half the royalties of his next album to his estranged wife.

There are long standing rumors that Lou Reed’s 1975 album Metal Machine Music was intended to get RCA to release him from his contract.

Harness Your Hopes by Pavement is the band’s most streamed song on Spotify, despite it being an obscure b-side that was never promoted and never got much radio play. It appears this happened due to the autoplay algorithm that picks your next song based on what it thinks is similar to whatever you were just listening to. Strange by Galaxie 500 falls into the same category.

Evidently, something about these songs matches something in a lot of other songs, so they end up auto-playing an inordinate amount that has nothing to do with their popularity (until it starts to generate its own popularity in a feedback loop). The article linked below goes into more detail and is an interesting read.

Why Is An Obscure B-Side Pavement's Top Song On Spotify? It's Complicated.

A couple years ago, Stephen Malkmus walked into a shop and didn’t recognize himself. He was with one of his daughters, stopping at a gluten-free bakery (“Very Portland,” Malkmus jokes) when the Pavement song “Harness Your Hopes” came on — a song he...

That record didn’t come out until late 1963 after the Four Seasons already had plenty of falsetto songs under their belt.

Yeah, that’s what confuses me about the story - it’s not like the falsetto singing was unprecedented in their style. My memory has probably screwed the story up somehow. But I know there is a kernel of truth buried in there somewhere.

ETA: Now I am wondering if the story is right but the song/group is wrong. Maybe there is a group out there that has one famous song with falsetto?

I didn’t even know the Four Seasons recorded Stay (and I know everything…). If they did, that would’ve been a substandard cover.

It’s a Zodiacs song. Written by their frontman, Maurice Williams in the late 50s (just looked it up, they recorded it in 1960… and it’s the shortest song ever on the Billboard charts, at 1:39).

Maybe the Bee Gee’s “Nights on Broadway”? No dresses in that story though. The producer asked for a screaming refrain and Barry went up 20 octaves.

I heard that radio stations were reluctant to play The Rolling Stones’ latest A-side, “Let’s Spend the Night Together” because of the immoral content! So, they told the jocks, “Just play the B-side.” The result was that the wistful ballad “Good-bye Ruby Tuesday” became one of the Stones’ signature tunes.

Mind you, “LSTNT” still became a hit. Some days, it just doesn’t pay to be the self-appointed Guardians of Morality.

Going back to the 1950s, there’s an often-told story that “Little Darlin” by the Diamonds was recorded as a joke. The Diamonds were a jazz group, didn’t like rock & roll, and did the whole thing as a put-on. It became a huge hit. It’s so well-produced though, and was on a major label (Mercury) and I’ve sometimes wondered if the story is true. Seems like a lot of studio time would have been used just for a joke.

There’s a similar story about Elvis Presley’s “Blue Christmas.” He didn’t want to record the song, the story goes, and sang it in an exaggerated style just for laughs. Afterwards he said something like “That one will never get released.” It still gets played every holiday season.

It’s a Zodiacs song. Written by their frontman, Maurice Williams in the late 50s (just looked it up, they recorded it in 1960… and it’s the shortest song ever on the Billboard charts, at 1:39).

That kind of rings a bell, but although there is plenty on line about the genesis of the song, none of it says anything about the falsetto being a joke. So, it must have been a different song and group.

a good story about DJs unwittingly making a hit out of something they would have probably ignored if they just looked at the label.

That reminds me of a prank a local Los Angeles musician played on public station KCRW 's locally produced morning show “Morning Becomes Eclectic”. He sent in a promo copy of his latest CD to the station. Morning host completely ignored it. A few months later, he sends the same CD in a blank sleeve with a fake press release detailing a sob story about being a poor Cuban exile who barely escaped Castro’s regime and has eking out a hard-scrabble living in Miami while making his music. Morning host puts songs from the CD into heavy rotation and talks up his “new discovery”. Band guy gets a friend that’s fluent in Spanish to do phone interviews. While setting up an exclusive in-studio set, the band reveals the prank and is promptly permanently banned by the punked host. 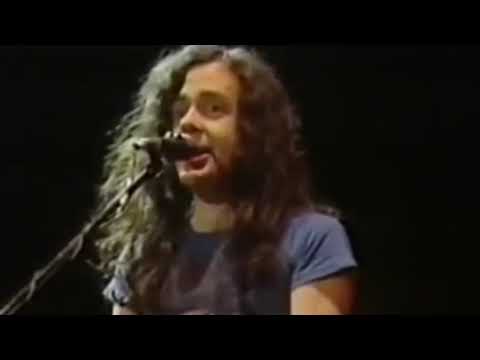 ETA: Now I am wondering if the story is right but the song/group is wrong. Maybe there is a group out there that has one famous song with falsetto?

Jackson Browne did a version of Stay as the back half of his life-on-the-road The Load Out back in 1977. It wasn’t falsetto, though. Backup singer Valerie Carter did the actual vocal.

Leon Russell, working as a record producer, recorded For the Good Times with Glen Campbell. The label Rep discovered John Hartford had written and already recorded the song. It was currently charting.

The label held a meeting and hurriedly pressed copies of Glenn’s cover. Both versions competed on the charts for awhile. Glen’s version eventually became the iconic hit.

Skip to 5:10 to hear the story about Gentle on My Mind. This gentleman was Capital records rep that oversaw developing new talent. Glen was one of his early assignments. 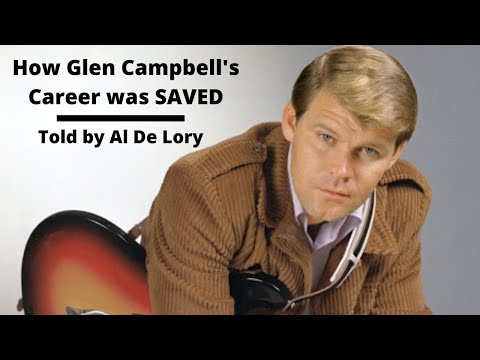 It was the last song on their debut album. WMMS disc jockey Donna Halper would play the song when she needed to use the bathroom. (It’s 7 minutes long.) It caught on with Cleveland rockers.

And I heard the station was flooded with calls asking what that new Led Zep song was. Let’s see if Greta Van Fleet lasts 40 odd years.

In a similar vein of filling in lyrics at the last minute that has now become iconic of a classic staple, while recording the Guns ‘n’ Roses song “Sweet Child of Mine” they didn’t want to do a fade-out, but also couldn’t figure out a way to bridge smoothly from the ballad style of the first part of the song to something rockin’ to end it.

Wow, I never knew this! Thanks for the info.

PS: minor nit. But the repeating “Where do we go now” is the transition between Slash’s guitar solo to the song’s lengthy coda.

Blondie had its first hit in Australia in 1977. The music show Countdown played B-side ‘In the Flesh’ instead of the single ‘Rip her to Shreds’. It proved to be the right choice and they built a strong following here.

The song I’ll Be There For You was specifically written and recorded as a one minute theme for the TV show Friends .

The show and the theme became so popular The Rembrandts went back to the studio and knocked out a full length version of the song so it could be released as a single.

Yeah, the bridge of the single sounds particularly stretched and uninspired.