According to Wikipedia’s article on Frank Mills, it was only through an error on the part of his record company that his song “Music Box Dancer” became a big hit:

Mills released an album in 1974 that featured “Music Box Dancer”, but it was not a hit initially. When he re-signed with Polydor Records Canada in 1978, the label released a new song as a single, with “Music Box Dancer” on the B-side. The single was sent to easy listening radio stations in Canada, but a copy was sent in error to CFRA-AM, a pop station in Ottawa. The program director played the A-side and could not figure out why it had been sent to his station, so he played the B-side to see if the record was mistakenly marked. He liked “Music Box Dancer” and added it to his station’s playlist, turning the record into a Canadian hit. Dave “50,000” Watts, an Ottawa Valley radio personality, gave the record extensive airplay on the station. The album went gold in Canada, which prompted Polydor in the US to release the album and single.

Are there any other hit singles (or maybe entire hit albums) that can attribute their success largely to a mistake on the part of the musicians, distributors, promoters, etc.?

Well, there have been simpler cases of radio djs flipping a single and playing the b-side which then became hits (right now, I cannot come up with an example, but it happened many times). But I don’t think that’s what you’re after.

25 of the most famous B-sides

Often the B-side cut became more popular than the A-side selection. So in honor of this month's Record Store Day, here are some of the best B-sides spanning the history of popular and mainstream music.

A look back at B-sides that became highly charting songs in their own right.

B-sides that became more famous than the A-Sides

We look at ten great examples of the B-side.

The Beatles seemed to have a knack for putting songs on the B-side which eventually were better regarded than the A-side choice (“I Am the Walrus” for “Hello Goodbye”, “Yesterday” for “Act Naturally”). “Strawberry Fields Forever” was chosen as the B-side to “Penny Lane” because Lennon agreed that Paul’s song was more commercial. It may just be that the Beatles were putting out so much good material that none of it belonged on the B-side.

Yeah, I’m aware that DJs sometimes end up playing the B-sides of singles, which go on to be big hits (maybe even bigger than the A-side), though this isn’t what I’m asking about, since there’s no genuine error being committed here. Sure, the musicians or record label may have misjudged which of the two songs on the record will be more popular, but they still took a calculated risk with full knowledge that the outcome may be other than what they planned. The example in my OP is also about a charting B-side, but the crucial element there is not that a DJ flipped the record, but rather that the record got mistakenly sent to a DJ in a completely different market than was intended.

I’m not sure this example qualifies, but it’s a good story about DJs unwittingly making a hit out of something they would have probably ignored if they just looked at the label. Don Kirshner took the label off the promotional discs and instead of mailing them to the radio stations, sent his PR guys to plead with the DJs in person to “Just play it! It’s a mystery band!” The DJs played it, liked it, and promised to put it in rotation before being informed that the song “Sugar, Sugar” was by the Saturday morning cartoon band, The Archies.

Then there are the songs not released as B-sides, but simply throw-together one-offs that the artist(s) never expected to amount to much.

A years-old unfinished song pulled out of mothballs to be a filler B-side for a single by the singer Gary DeCarlo, credited to a made-up-on-the-spot band of session musicians who happened to be around and dubbed “Steam”, tickled a record exec enough to promote it to an A-side single, which has become a classic hit still played at sports arenas everywhere whenever someone is ejected or knocked out of a game: 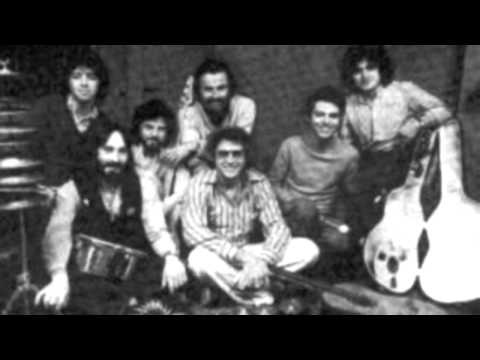 The song chorus is mostly comprised of “Na na na na” exactly because the unfinished song couldn’t be bothered to be finished in the time allotted to record it.

In a similar vein of filling in lyrics at the last minute that has now become iconic of a classic staple, while recording the Guns ‘n’ Roses song “Sweet Child of Mine” they didn’t want to do a fade-out, but also couldn’t figure out a way to bridge smoothly from the ballad style of the first part of the song to something rockin’ to end it.

The repeated “Is it coming back?” in Portugal. The Man’s Feel It Still reportedly was the same sort of never replaced filler phrase.

Elton John’s Bennie and the Jets was not even scheduled for a B-side when Detroit “urban” radio station WJLB began playing the song, quickly becoming the most requested song for the station. Other urban (read: African American) radio stations began to pick it up. Hearing this, Elton liked the idea of being on the soul charts and released it as a single, and it was a top-10 hit pretty much everywhere and, imho, is one of his signature songs.

Then in 1986, he released a live version, which hit the top-10 in a number of countries, including the US and UK.

It’s a fantastic trivia question: “The biggest selling song in the rock era was released three times in three separate versions in three consecutive decades by the same artist, only becoming really popular with the last version. What was it?”

(Did NOT know George Martin produced the 1997 version. Not surprised, really.) "Candle in the Wind 1997", also known as "Goodbye England's Rose" and "Candle in the Wind '97", is a song by Bernie Taupin and Elton John, a re-written and re-recorded version of their 1973 song "Candle in the Wind". It was released on 13 September 1997 as a tribute single to Diana, Princess of Wales, with the global proceeds from the song going towards Diana's charities. In many countries, it was pressed as a double A-side with "Something About the Way You Look Tonight". It was produced by Si...

In these days of download, does the British story of Ding Dong! The Witch Is Dead count?

Ding Dong! The Witch Is Dead enters chart at two

Ding Dong! The Witch Is Dead fails to reach the number one spot in the music charts after a campaign from Baroness Thatcher opponents.

Nothing to do with the record company or the artists, just enough of the public deciding that they wanted to make a point.

The Wizard of Oz song, which has been at the centre of an online campaign by opponents of [recently deceased] Baroness Thatcher, reached number two after selling 52,605 copies.

If you believe Howard Kaylan, the Turtles’ second-biggest hit wasn’t just a mistake, but an attempt at a subversion.

Elenore was a parody of “Happy Together.” It was never intended to be a straight-forward song. It was meant as an anti-love letter to White Whale [Records], who were constantly on our backs to bring them another “Happy Together.” So I gave them a very skewed version. Not only with the chords changed, but with all these bizarre words. It was my feeling that they would listen to how strange and stupid the song was and leave us alone. But they didn’t get the joke. They thought it sounded good. Truthfully, though, the production on “Elenore” WAS so damn good. Lyrically or not, the sound of the thing was so positive that it worked. It certainly surprised me.

The song I’ll Be There For You was specifically written and recorded as a one minute theme for the TV show Friends.

The show and the theme became so popular The Rembrandts went back to the studio and knocked out a full length version of the song so it could be released as a single.

I'll Be There for You (The Rembrandts song)

"I'll Be There for You" is a song recorded by American duo the Rembrandts. It is best known as the main theme song to the NBC sitcom Friends, which was broadcast from 1994 to 2004. The song was also released as the first single from the group's third studio album LP, reaching the top 10 in Australia, New Zealand and Norway, as well as in Ireland and the United Kingdom in both 1995 and 1997. In Canada, the song reached number one for five weeks and was the highest-selling single of 1995, while

There are many artists who having fallen out with record labels release ‘Contractual Obligations’ albums. Such albums range from truly awful through interesting up to classics from that artist. It’s unclear whether the artists in question intended the following albums to actually be so good. These are all albums produced for Contractual Obligations

Then there’s an album where the artist was forced to sign away half the royalties of his next album to his estranged wife.

Looking for the song on youtube by typing “turtles happy together”, I used to get the autocomplete suggestion “turtles having sex”. This may help explain the song’s enduring popularity.

I don’t know how you came to the conclusion that New Adventures in Hi-Fi belongs on that list. I mean, it technically did complete R.E.M.'s first contract with Warner Bros., but in all my years of being a fan of the band, I’ve never read anything to indicate that they felt the kind of bad feelings toward Warner Bros. that one usually associates with a “contractual obligation” album. Heck, they liked the label enough to turn around and sign a record-setting deal that would take them through their final five albums as a band. If you’ve got some unearthed R.E.M. gossip to share, I’m totally here for it!

Okay, I’m not finding the story through Google, which is strange, but on the other hand I’m not trying very hard so maybe there is confirmation out there. Anyway, I heard this story on WBCN in Boston in the early 1990s, if I am not mistaken as told by members of the band or perhaps later hearsay, and I’m pretty sure it’s legit:

The Frankie Valli/Four Seasons song “Stay” wasn’t originally intended to be sung with all that falsetto. The way I recall the story, the band was in the studio and one of the band members (whoever sang the falsetto part) decided to play a bit of a joke. So he dressed up in a dress and wig and shortly into the song came prancing out singing in falsetto. It was never meant to be released, just to be an in-house joke. But the results were so fantastic that…well, the rest is history.