I’m watching some favorite Friends episodes and am surprised to see so many people with ST credits: Michael Ensign as a faculty colleague of Ross’s, Richard Fancy as a Bloomingdale’s boss of Rachel’s, and Rebecca Romijn as a short-term girlfriend of Ross’s.

And Robert Costanzo as Joey’s dad. 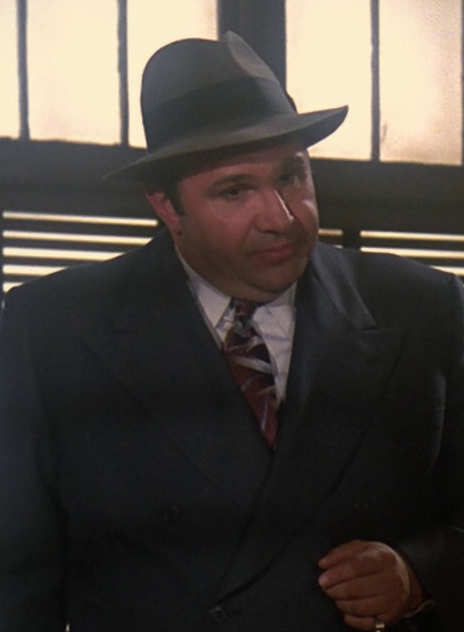 Robert Costanzo (born 20 October 1942; age 78) is a veteran character actor who appeared as Slade Bender in the Star Trek: The Next Generation second season episode "Manhunt". Hailing from Brooklyn, Costanzo has amassed a career spanning three...

Rhodes was brother of Rex Reason, who starred in “This Island Earth” as Cal Meachum.

I’m watching some favorite Friends episodes and am surprised to see so many people with ST credits: Michael Ensign as a faculty colleague of Ross’s, Richard Fancy as a Bloomingdale’s boss of Rachel’s, and Rebecca Romijn as a short-term girlfriend of Ross’s.

And Robert Costanzo as Joey’s dad.

And Michael G. Hagerty as the apartment building’s handyman. 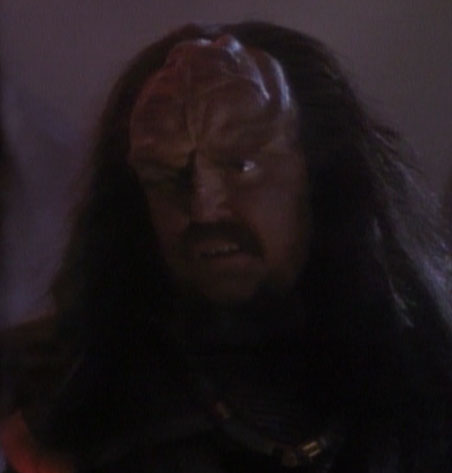 Michael "Mike" G. Hagerty (born 10 May 1954; age 67) is an actor who appeared as Captain Larg in the Star Trek: The Next Generation fifth season episode "Redemption II" and Skoran in the seventh season episode "Thine Own Self". Hagerty also appeared...

Barry Atwood, Surak in “The Savage Curtain” is in the Rawhide episode, “Corporal Dasovik” as the Ute Chief Ollocot. He played the character like a Vulcan. Perhaps he was type cast.

Just spotted Clint Howard as a NASA technician in Apollo 13 (as well as appearing in just about every movie directed by his big brother Ron). 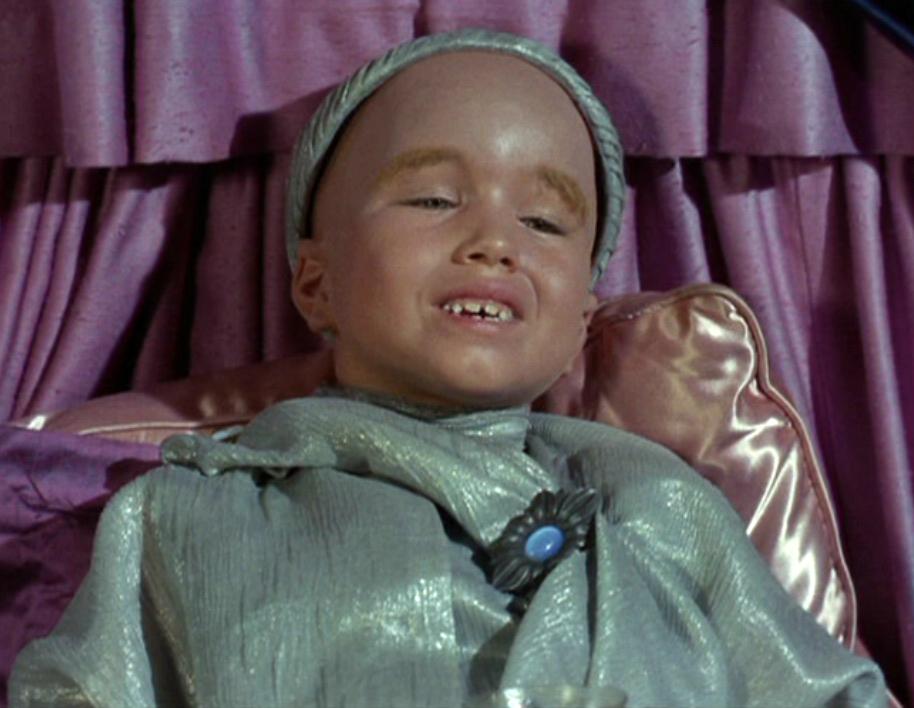 Balok was a male citizen of the First Federation. In 2266, as captain of the Fesarius and the sole occupant of that vessel, he made first contact with the Federation. 1 History 2 Appendices 2.1 Background information 2.1.1 Origins 2.1.2 Casting 2.1.3...

Louise “Rayna” Sorel as “Diane Foxton” in the Hawaii Five-O episode “Try to Die on Time.” 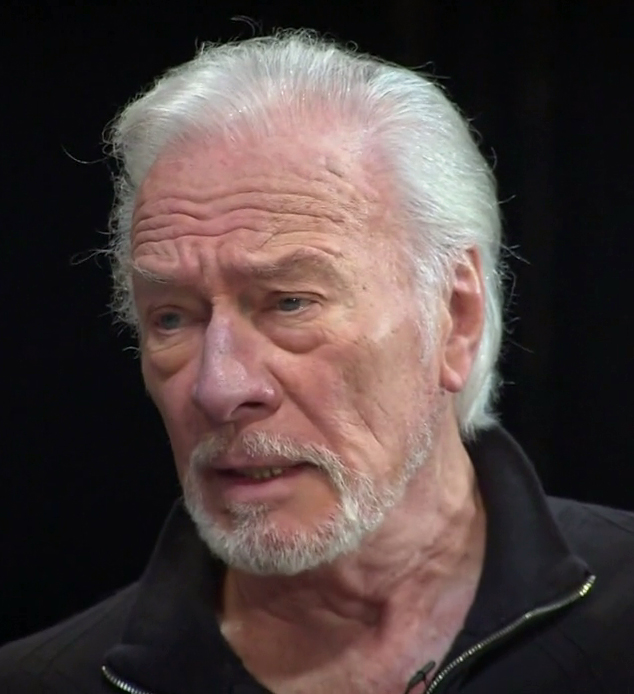 Arthur Christopher Orme Plummer, CC (13 December 1929 5 February 2021; age 91) was an actor who played General Chang in Star Trek VI: The Undiscovered Country. He also reprised the role of Chang for the video game Star Trek: Klingon Academy. In a... 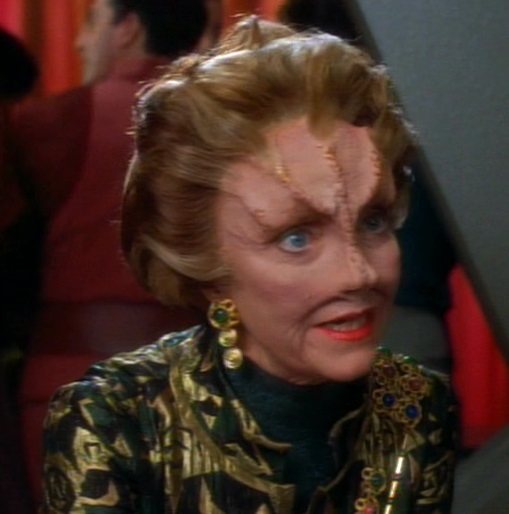 K Callan (born 9 January 1936; age 85) is an actress from Dallas, Texas, who played Alsia in the Star Trek: Deep Space Nine second season episode "Rivals". A veteran of stage and screen and a member of the Academy of Motion Picture Arts &...

Morgan Woodward, Dr. Simon Van Gelder in “Dagger of the Mind” and Captain Ronald Tracey in “The Omega Glory", in the Rawhide episode, “The Photographer” as Kale Maddox, one of several crooks who want to be immortalized by the photographer Taylor Dickson, played by Eddie Albert.

The latest Friends sighting: this guy, playing the director of a tearjerker in which Joey was cast as the dying dad of a teenage boy. 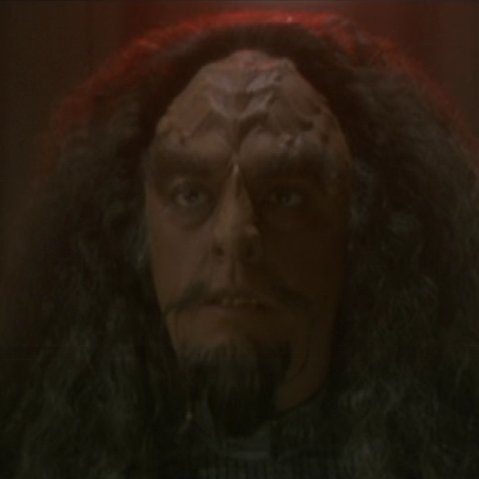 Christopher Darga (born 14 February 1958; age 63) is an actor and sculptor who appeared in one episode each of Star Trek: Deep Space Nine, Star Trek: Voyager, and Star Trek: Enterprise. For the VOY fifth season episode "Think Tank", he filmed his...

It says something about me that I had no idea he was on any other program.
I need to get out more.

Lenard had a very long and varied career indeed. 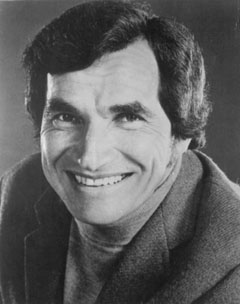 Mark Lenard (15 October 1924 22 November 1996; age 72) was an American actor best known for his role as Vulcan Ambassador Sarek, the father of Spock. He first played Sarek in the Star Trek: The Original Series second season episode "Journey to...

Lenard died in 1996.
He was in several films I’ve seen, among them the prosecutor in “Hang Them High”.
I guess I did not recognize him without pointed ears.

Over in “TV shows only you remember” the series “Brimstone” came up. As it happens I’m doing a rewatch on that one and have already spotted Rosalind Chao. But the episode “Executioner” has Jeff Corey, who played Plasus in TOS, Michelle Forbes who played Ensign Ro on TNG, Robert Knepper who played Wyatt Miller on TNG and also Gaul on Voyager. Series regulars John Glover played Verad on DS9, and Lori Petty played Noss on Voyager. So, five actors with six roles between them across four series.

Even more impressive. That same episode also featured Scott Lawrence, who played Garon in the ST Voyager episode “The Void”. Lawrence is an African-American character actor with a long resume, one of those “Oh, it’s that guy” guys. So the total for that episode is actually six!