I don’t think it’s all that specific to Korea. It seems very few Western film/TV properties are making the same “Fuck the rich” sort of media. And there is a large craving for that.

Binged watched it. Loved it. I was even ok with the 2nd episode that folks thought was slower, I felt it was to show the background lives of the players and their circumstances.
I know the English translation were wtf sometimes, but it didn’t take away from my viewing too much. Some questions arose only cuz I’m not famiilar with Korean setting. I thought South Korea had NHS so I was perplexed on why the mom had the issue of not getting the surgery, but then I saw online someone mentioning NHS pays out just 60% of medical bills. I also wanted to see more about the player couple, why did both husband and wife both play?

And the glass game. Saw on youtube someone suggesting about just rolling your body across both panels so the weight wouldn’t affect it, but then if you got the end like that they would shoot you for not playing by the rules. Haha.

The woman who couldn’t find a partner for the dice game. I followed closely the rules they announced and not sure why she was whining/screaming when they dragged her away. (Spoilers so if you saw it you will know what I mean)

I think with his terminal disease, he decided to join the Squid Game(yes, that is the name of the entire competition, not just the final game) because…why not? He did risk his own life and could have died during all the various events.

His life didn’t really have to be at risk in the tug of war, since they had that neat-o guillotine that could cut the rope instantly when the first member of his team got pulled over the edge. Surely the weight of the other nine players would have kept the team from falling.

What did bother me was that they had EXACTLY an even multiple of ten players left at that point. (Since there was no foofarah about what happens to players who don’t get chosen for a ten pack, or surprise about leftovers still being in the game after it was done. Pretty long odds against that.

I also wanted to see more about the player couple, why did both husband and wife both play?

What bothered me was that no one pointed out that the husband of the couple could have made out well if he’d been able to talk the others into quitting. They’d said at the start that the prize money earned to that point would be divided up and given to the families of the dead players. So, yeah, he’d have lost his wife (who he may or may not have loved) but he’d get the loot for her death, hopefully enough to deal with whatever his debts were.

BTW, how much was it for each person, in US dollars? I think it was 100 thousand won?

Meant to mention: the meals they provided amused me. At the start, what looked like a multiple item meal, and then on to just a packet of dry cereal? maybe, then a hard boiled egg, then a single potato, and then an ear of corn? The latter, at least, pretty clearly not even cooked, since if you cook corn and then let it cool, the kernels shrivel and sort of get dished on top, and the ears the actors were holding had plump, rounded kernels.

Considering how many fewer players they had each round, you’d have thought they could afford to upgrade the meals as they went along.

Maybe they wanted to weaken them as they went along, to up the difficulty?

and then an ear of corn? The latter, at least, pretty clearly not even cooked, since if you cook corn and then let it cool, the kernels shrivel and sort of get dished on top, and the ears the actors were holding had plump, rounded kernels.

You can buy pre-cooked corn on the cob in stores and it looks basically normal. 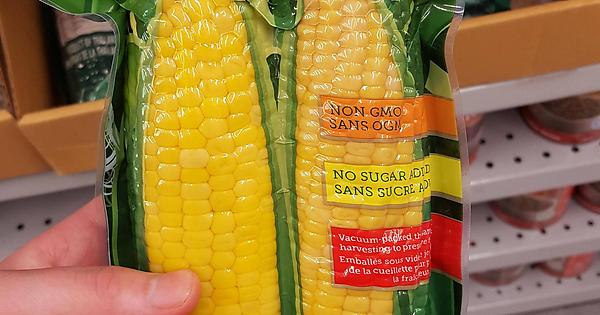 I’m 5 episodes in and think it’s only ok. I’m intrigued by the world, but I think the acting is pretty bad. Way over the top caricatures.

Won’t come back to read the thread until I finish, but I’m guessing the cop’s brother is working in the games, perhaps as the Front Man.

What did bother me was that they had EXACTLY an even multiple of ten players left at that point. (Since there was no foofarah about what happens to players who don’t get chosen for a ten pack, or surprise about leftovers still being in the game after it was done. Pretty long odds against that.

There really only has to be an even number. They could have had different sized teams.

The best idea I’ve come up with for how to “beat” the glass game was to have the biggest strongest person there pick up the lightest person there, grab their hands, and swing them at the glass. (Maybe wrap a bunch of shirts around their feet). Or some such hold-you-as-you-test-the-glass arrangement.

Not sure if that broke any of the announced rules or not, but seems like it might have worked.

I’m 5 episodes in and think it’s only ok. I’m intrigued by the world, but I think the acting is pretty bad. Way over the top caricatures.

The Asian “overacting” style is something you don’t mind or eventually get used to, or you don’t. Personally I’ve never warmed up to it. Which I why I liked the show, but didn’t like any of the characters. I didn’t really want any of them to make it to the end.

I watched the whole thing this weekend. TBH, I thought if the idea was to get me to empathize with the players, the backgrounds of those chosen were not the way to go. G-Hun definitely improved during his time in the game, but he was a crap son, a crap father, a poor decision-maker, whose idea of working toward solvency was gambling. Sang Woo beggered his hard-working mother, committed fraud, forgery and embezzlement. Sae-Byeok was more sympathetic, and I’d rather she have won. Ali could’ve won. The others we really didn’t get to know. But all you have to know is the survivors of the first round left, and all but 14 came back.

I thought it was a very entertaining series. Like others, I thought episode 2 was just a waste, as I really didn’t empathize with the backgrounds of the players. Give a few details here, sure, but not an entire episode.

The last/next to last episode where the lead character becomes outraged at the other contestant for pushing on the bridge and separately for killing the girl took me out of the story. Then he beats on the door because “someone is dying in here!”

Dude, have you been here for the prior games? This place is a murder factory. You personally cheated the old man to win (at least you thought so). Then his hatred of him powers him through the final game (only to relent in the end). That seemed very unrealistic.

But overall, very good, if you are the type of person who is not bothered by the senseless violence and gore.

Another thing is that I went for pretty much the whole show without feeling like it was too derivative of anything else. Yes, I know Battle Royale was an influence, but the aesthetics, characterizations, and game structure made it different enough that I wasn’t thinking “this is a Battle Royale knockoff.” However, once the VIPs came along, I started thinking “this feels like a (poorly done) Eyes Wide Shut knockoff.” That would have been sort of excusable, but then right afterwards, in the final episode with the reveal with the old man, I also found myself thinking “and now it feels like a Saw knockoff too.” So by the end of the show it felt more derivative and less original than it had, say, five episodes in.

Battle Royale, Saw, The Hunger Games, The Hunt, The Platform, The Purge, The Running Man, Rollerball, The Belko Experiment, Traders, Cube, The Condemned, Deathrace 2000, Hard Target, Surviving the Game, The Most Dangerous Game…

There are a lot of films that have some variation of “forcing people to compete in death games”.

My only complaint really is that the VIPs seemed like more of an afterthought. They didn’t seem integral to the operations of Squid Game (compared to say…The Purge, Hunger Games or the Hunt where the “wealthy elites” are either the game’s facilitators, audience, or the actual hunters). Like they just sort of popped in as casual spectators towards the end.

Yeah, the North Korea was the only one I didn’t actively want to die.

456 heading back to figure anything out would just end with him shot in the head in an alley like 30 minutes later.

My wife suspected 001 was an insider by the second episode and I made fun of her suspicion through the whole series by constructing an outcome where Gi-Hun wins the murder factory through his humanity ala Charlie Bucket.

I made fun of her suspicion through the whole series by constructing an outcome where Gi-Hun wins the murder factory through his humanity ala Charlie Bucket.

My thought was that the whole thing was a social experiment by rich people to test people’s moral nature, like the movie “Trading Places” but with Locke vs. Hobbes instead of nature vs. nurture.

It even seemed like there was going to be some validation to my theory in the last episode when the rich guy bet on whether someone would help the drunk guy on the sidewalk. But no, it was all about bored rich people getting their jollies.

I had my suspicions about 001 and they were confirmed when we didn’t see him die on camera. I feel the same way about the police officer; no body means not dead.

Uneven finish - the old man’s death scene wasn’t very fulfilling nor was it revealing. It didn’t answer any questions and just left us in the dark as to his motivations. His morality remains bleak.

Going back from the plane was silly, although I understand it could set up season 2. He’s got resources now, he could go to the authorities and be taken seriously. The most unsatisfying part of the show was the reveal that the policeman’s brother was the Front Man. It makes no sense, it’s too cutesy, and it doesn’t move the plot forward.

Overall, I think a B- is an accurate grade. I enjoyed watching, it was engaging, but it definitely falls apart if you think too much about it.

I had my suspicions about 001 and they were confirmed when we didn’t see him die on camera. I feel the same way about the police officer; no body means not dead.

I’m always picturing what would happen if things didn’t play out correctly. Main Character says, “No, I’ll stay with 001 until the very end. He is my (best friend in Korean) and I insist that I stay with him until the final moment.”

They…uh…force him to leave so they can “not” kill him.

I feel like 001 should have played for real and possibly even died there and we find out that he was in charge, but was terminally ill and chose to play the game as a potential way to end his own life. The fact that he survived his loss is kind of lame.

Yeah, playing the game knowing that you’re not really in danger is essentially playing a FPS in God Mode. Seems mean spirited of him to be amongst all these other people knowing they’re all going to kill each other while he pretends to share the danger. Like he’s laughing at them and their struggles.