This move is not on the Dems’ platform but they’re clearly favorable to considering it, and PR is having yet another statehood referendum in November.

This is not like DC statehood. There are two special problems:

Now, PR political parties have always formed around the island’s constitutional future – statehood, independence, or continuation of the status quo. Once that is rendered moot, there will have to be a party realignment – but, I suspect that whoever comes out on top will caucus with the Dems, because, well, PR is poor.

If the Puerto Ricans are for it, I’m for it. Every American citizen should have the right to Congressional representation if they want it. I believe in the past, the referenda didn’t really obviously point to PR being in favor of statehood.

There was a referendum in 2012 that went in favor of statehood. And this year’s will probably get higher turnout, since it’s now an actual possibility.

It will always be part of the Latin American culture. Statehood means redefining what it means to be American.

We’ll, they’re Americans now, so I’m not sure I agree with this.

They’re Americans legally. I’m sure a lot of people still think of them as foreign. After Hurricane Maria, Trump appeared unaware that they’re not.

There was a referendum in 2012 that went in favor of statehood.

Per Wikipedia, there were two questions:

It would be nice to see ranked-choice voting on the 4 options. Maybe they’ll design a better referendum this time around?

Everything’s different now. Out of sheet bigotry, Trump allowed Hurricane Maria to destroy the island without any sincere effort toward rebuilding it. Puerto Rico is bleeding educated workers fleeing a homeland without normal western infrastructure. It will hit crisis level sooner rather than later.

I have to believe that islanders are coming to realize that their only hope for long-term survival is to become a state because too many so-called Americans believe that speaking Spanish is equivalent to imbecility and that speakers deserve to live in squalor. Achieving statehood will be difficult because of the pervasive bigotry that Trump so well represents - the only constituency he does, to be honest. More reason why a total Democratic landslide this year, followed by the reduction of the Republican Party to a nonentity, is so crucial to the American future.

I never could figure out why Trump did not send the Army Corps of Engineers or the Seabees to restore electric power in PR.

What’s not to understand? He did that because they’re not Americans in his confused definition of what being “American” is. And his supporters’ applause for this position was very loud.

There are no votes for him in PR. He has lately discovered that there are Puerto Ricans in Florida who can and mostly vote against him and he is trying to do some campaign ads in Spanish.

I think that is probably the case, but it requires some assumptions about the dependence of the two questions on each other.

If we had the results ranked choice voting (or if we had the cross product of the two questions) then we wouldn’t have to make those assumptions.

I was under the impression that Spanish ads in the Sunshine State were aimed at Cuban Americans. They vote for who ever seems most anti Castro and anti communist, which would be Trump.

I’m sure if I’m wrong on any of this, somebody will correct me.

I forgot the OP. Eh, whatever. Although I have many problems with the government at present, I still feel this is a great country and can understand why somebody would want to be a full part of it. 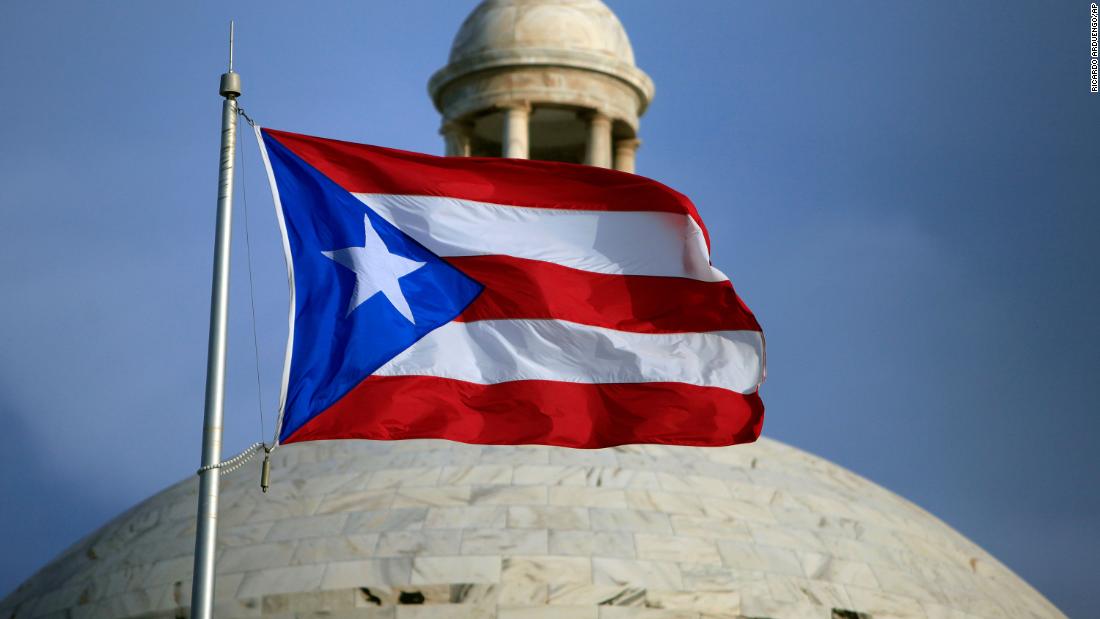 For the sixth time, Puerto Ricans will be asked to vote on statehood, which is ultimately the call of the US Congress. The island's history? It's complicated.

Here's what would happen to US politics if Puerto Rico became a state | CNN...

The devastation in Puerto Rico after Hurricane Maria has brought the small island off the coast of Florida -- home to 3.4 million American citizens -- into the spotlight.

Only 52% of voters went for it. I did not look to see how many eligible voters cast ballots.

This is too small a majority to make great changes to civic life. Maybe something like 50% of all eligible voters casting ballots with 60% of those being for statehood. Many Puerto Ricans feel very passionately about this. The ought not to be steamrolled by a bare majority.

(A) There’s never been a requirement for thresholds of participation in the statehood processes of those admitted before, so why start now. The successive congresses have taken care of deciding when they are satisfied with the territory’s process. (Plus, we’re having a problem with accurate turnout numbers because of federal court rulings that make us keep no-shows on the rolls past two election cycles. Since our elections are exclusively every 4 years, this means de facto we keep people on the rolls for 11 years, notwhitstanding that we may have lost a half million residents in the meantime. Normally our elections turnouts have been in the 75% range but since that ruling AND the large displacement of people since the late 00’s, the % number has been cratering.)

(B) It is, still, the first ballot in which there is an actual majority for statehood that is not tainted by a mass abstention/protest vote or a confused question format (as those in 2017 and 2012) so it is a useful policy benchmark to begin work from.

(C ) The true “major change to civic life” in statehood would be biennial congressional elections, and federal income tax for the upper tiers of earners. Virtually everything else works as a state would already.

I note that Hawaii statehood had the support of 90+% of 90+% of voters. Such a super-majority would be inappropriate.

But let me just say if I were in Congress right now, I would not vote to admit Puerto Rico. They have to show me more.

But let me just say if I were in Congress right now, I would not vote to admit Puerto Rico. They have to show me more.

Ahhh yes. The tried and true “I was born with this, but fuck you, YOU have to earn it.” Nice privileged position you got there, shame if something happened to it. Like those people getting representation.