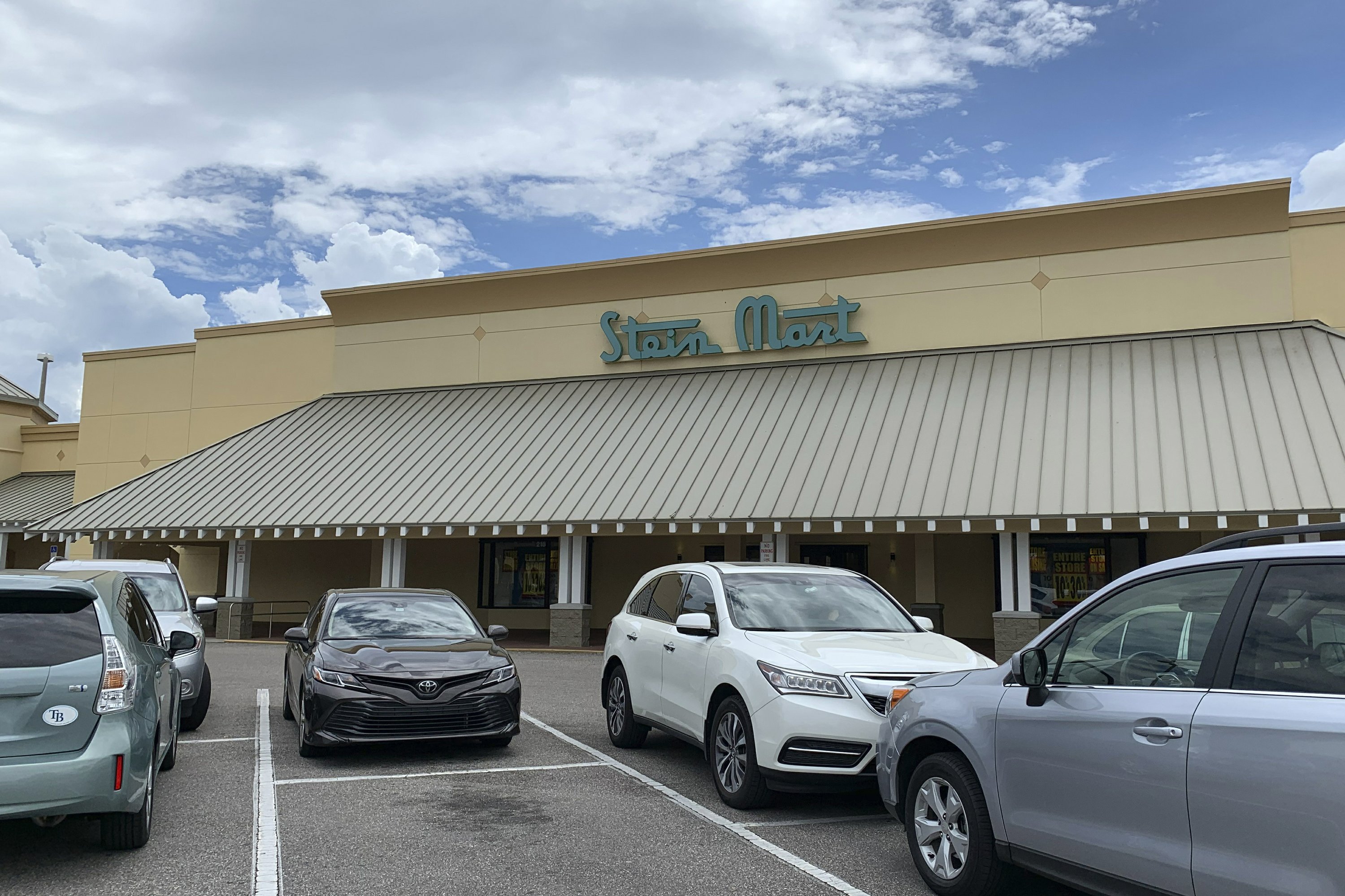 ST. PETERSBURG, Fla. (AP) — National discount department store chain Stein Mart filed for bankruptcy on Wednesday after 112 years in business, and announced that it will close most, if not all, of its 280 stores.

Headquartered in Jacksonville, Florida, Stein Mart has more than 280 stores in 30 states specializing in clothing, shoes and housewares at discount prices. Many of the stores are located in community shopping centers. As of May 30, the company employed about 8,400 people.

Hunt said Stein Mart will continue to operate normally “in the near term,” and is evaluating the potential sale of its eCommerce business. A going-out-of-business sale will begin Friday or Saturday, according to spokeswoman Linda Tasseff, who said she anticipates all stores will close by the fourth quarter of 2020, with closing dates varying by store.

There’s no such thing as a recession proof brick and mortar retail establishment any more.

I grew up in a world without Stein Mart until I was 27 or so and was living in West Texas. The Stein Mart was across the parking lot from my grocery store and liquor store so I saw it every day after work. After a month or two of wondering how in the world there could be such a large store dedicated to steins I decided that I needed one to drink my beer out of that weekend. Boy was I disappointed.

Now I probably won’t get to tell that story again.

Until this morning I had no idea that Stein Mart had actual stores. There aren’t any here (apparently there are 3 over 300 miles from here) and I’ve never encountered a single mention online of anyone shopping there, so I assumed it was web-based like Wayfair and Overstock.

Now where am I going to get my beer steins?

You know what’s really embarrassing there is a Steinmart in my town, I thought it was just a local store.

Until this morning I had no idea that Stein Mart had actual stores.

Until now I had never even heard of Stein Mart.

I live in St Pete and have been to the Stein Mart here many times (though not lately). I wouldn’t put it in the same class as Ross or those kinds of discount stores. Maybe it’s a regional thing, but I always thought it was skewed toward older tourist types. In any event, it’s always sad to me when an old, established brick and mortar goes under.

Until this morning I had no idea that Stein Mart had actual stores.

Until now I had never even heard of Stein Mart.

I’d heard of Stein Mart because back in the 1990s when the Roses store in our town closed (Does anyone remember Roses?) a Stein Mart replaced them. I think I went in there a couple of times with my mom, but we never shopped there much.

The funny thing is that there’s a Stein Mart in the town where I live now, but it never really registered in my brain that it existed. I’ve never shopped there before, even though I’ve occasionally shopped in some of the other stores in the same shopping center. Maybe because when I’m shopping, I’m laser focused on getting in and out of the store I’m actually there to shop at, I never really noticed that a Stein Mart was one of the shopping center’s anchors. I guess I did kind of notice it, but then quickly forgot about it because I didn’t have any intention of shopping there.

ST. PETERSBURG, Fla. (AP) — National discount department store chain Stein Mart filed for bankruptcy on Wednesday after 112 years in business, and announced that it will close most, if not all, of…

I grew up in a world without Stein Mart until I was 27 or so and was living in West Texas.

That’s why I don’t remember how old I was exactly.

Now give me a stein you whippersnapper!

Don’t know what other Stein Marts were like, but the ones I saw mostly sold picture frames, and clothing that had me going, “Whose idea was it to make this, anyway?”

So, like TJ Maxx, Home Goods, and Marshals? Assuming they also sell a lot of stemless wine glasses.