Yeah, the contestants for most shows are selected to be maximally entertaining. And a lot of times, what’s entertaining is an idiot.

One I actually saw personally, on Wheel of Fortune:
D-NN-S TH- M-N—

A contestant tried to solve the puzzle, and guessed

Meh, that really didn’t have any point or jokes beyond “contestants are unbelievably dumb and host is exasperated,” ground that SNL has covered much more interestingly on their “Celebrity Jeopardy” and “What’s Wrong With This Picture” bits. 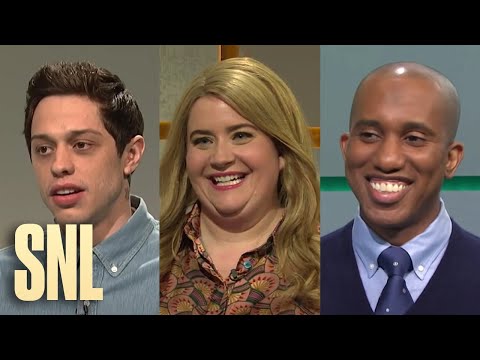 We didn’t even get to see the remaining answers?!! 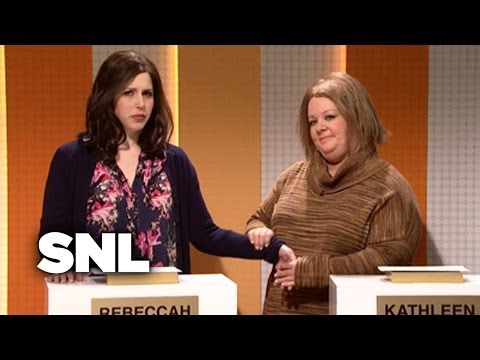 Or this one, which is possibly John Mulaney and Bill Hader’s best appearance on the show; 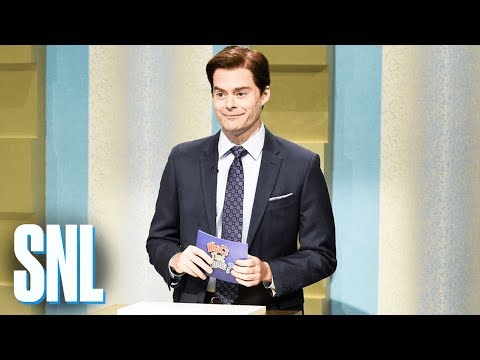 Heck, even people with brains have brain farts in front of the camera.

I was on a game show here in Finland and got to the finals. So last question and my opponent either answers or make me answer and I must then answer. She wins if she can get it right or I don’t.

Question is: “Whai is Beluga?”

All my friends and relatives who watched that episode told me that when she said that I should answer they were sure that I win, because they knew that I know what Beluga is. Beluga is caviar.

And my brain froze. I couldn’t find any sensible anser to the question and so when the time run out I answered: “Champagne.”

All my friends also said that they figured it out, that in my panic, I still realised that it was some kind of luxury foody item, but just could remember which of those it was.

Wait what if you said Whale?

Sorry but I’m finnish and beluga whale is in finnish maitovalas. So no beluga in it’s fiinsh name. So whale would have been also a wrong answer.

Isn’t beluga a kind of fish? “Beluga caviar” is caviar from that species of fish.

I think beluga refers to a type of sturgeon.

Anybody remember the episode of Are You Smarter Than a Fifth Grader? where the woman asked to name a country in Europe said “I thought Europe was a country”?

That’s not a brain fart, that’s a full lobotomy!

I was watching an old rerun of Concentration (the Alex Trebek version) and it occurred to me that all the contestants were doing something stupid. To be fair, I’d seen this show decades ago and didn’t figure out what they were doing wrong back then, either.

For those who don’t remember it, the show had a game board with tiles on it, numbered from 1 to 25. Behind each number was a prize. When it was your turn, you picked a number and saw the prize behind it. Then you picked another and if they matched you put that prize in your bank and got to play again. If they didn’t match, then the prizes are hidden (and it’s up to you to remember what they were) and it became the other player’s turn.

So, after a few unsuccessful turns, the contestants have seen where some of the prizes are. When it’s your turn, you pick a tile (one of the ones you haven’t seen yet), and you hope that it’s a prize you’ve seen before so you can make the match with your second guess. But what if your first guess reveals a new prize that you haven’t seen, then what do you do? Every contestant I ever saw would make some random guess hoping to match their first. That’s the stupid part. The chance of getting a match at random is pretty small. You’re much more likely to reveal a match that your opponent can take advantage of.

Apparently you can say “pass”, which accomplishes the same thing without making you look like a blithering idiot.

I’m pretty sure they push the contestants to say something other than “pass.” Part of the fun of the show (and what they advertise) is people giving ridiculous answers when they can’t think of anything.

“Mum/Mummy” is the other one I might guess, but what’s the 4th one?

That’s a deceptively difficult question because almost everyone answered the first two answers. The 4th answer is going to be some weirdo who answered “Mater” or “Madre” or something.

I was thinking simply “Ma”. I don’t believe that was ever said by a contestant, nor was it one of the variations that were on the board.

Same clip, but with the answers at the end. “Ma” and “Mum” were the remaining two. The other family said “Madre” for their steal attempt. It’s actually worth watching, Steve goes even more nuts, including offering to allow someone to bedazzle his testicles.

“Ma” and “Mum” were the remaining two.

Are you SURE it wasn’t Mommiee? Absolutely sure? How about Maumee? It could have been Maumee. Or maybe Doris.

That was the saddest thing I have seen in a long time. I bet they think they were brilliant players - you could tell by the body language. They had no clue what Steve was getting at.

And they WON! There is no God.

Don’t ever watch Only Connect , then

On “Wait, Wait, Don’t Tell Me” a call-in contestant (named “Jay” as I recall) was so nervous during the “fill in the blank at the end of the limerick” game, that he missed all three answers. The show felt so bad about it that they called Jay back the next week, and gave him three limericks, the last word of each being “Jay” (he did better that time)

That’s the problem that I have with Only Connect as well. It’s a hard quiz to begin with, but when the questions have to do with British culture, it becomes almost impossible (for an American, at least). I still watch it, though, for the questions that I do have some chance at.

I’ve started watching another British quiz show, Pointless, lately. It’s sort of an inverse of the Family Feud concept, in that the contestants are answering questions that have previously been asked of 100 people, and they get a point for every person who gave that answer. The twist is that the goal is to score as few points as possible. The best possible answer would be one that no one in the survey gave, scoring you no points (hence, “Pointless”). Your job as a contestant is to find those answers that are correct, but obscure. So if the question is “Name a country that starts with S,” “Spain” would be a poor answer, while “Sao Tome and Principe” or “Seychelles” would be very good answers.