First, you know how Jimmy Kimmel (or whoever) will show you clips of people on the streets of New York being asked to name the President of the United States, and like 15 in a row will say “Abraham Lincoln” or stare blankly at the camera? What Kimmel isn’t showing you are the 50 people who correctly answered “Joe Biden.” Further, imagine you’re walking through the streets of New York, going about your day, and all of a sudden some random jackass shoves a microphone in your face and asks you a question. You’re going to be taken aback.

I think there’s a segment of the public that wants so badly to be on TV that they don’t care if they have to look stupid to achieve that. They know if they answer “Joe Biden” they won’t be on TV, so they answer something they think will give them their 2 seconds of fame.

I was watching an episode on youtube several years ago. There was a question in the sequences round that nobody answered, and even Victoria said she’d have been amazed if anyone had gotten it right.

I had it after the second clue.

Absolutely. Similar to the proper strategy in “Clue” - which also involves not giving information to the other players

The spouse and I are convinced that we’re the only people who realize that, on America Says, the length of the line after the letter actually corresponds to the length of the answer word. Should be obvious, right?

Yeah, okay, I made that example up. But it’s not far from the truth. Seriously.

Yeah, okay, I made that example up. But it’s not far from the truth. Seriously.

Same thing though. They’re pushed to say something, and if they can’t think of the right answer, it doesn’t matter how long it it.

Absolutely. Similar to the proper strategy in “Clue” - which also involves not giving information to the other players

Did anyone ever try it on Concentration, though? That show ran for several years under different hosts. And I’ve seen unconventional strategies used on game shows over the years, but not the one I’m suggesting.

It’s possible that they had some rule against it, although that would be hard to enforce. It would probably stretch the game out to have each contestant’s turn only reveal one new prize, and I expect the producers of game shows want to keep things fast-paced. The Trebek version (not sure about the ones before that) had a time limit, so that if the puzzle wasn’t solved as the show was nearing the end, they would just start revealing the rebus one tile at a time until a player rang in with the answer.

There was one episode I remember of Celebrity Jeopardy (the real one, not the SNL spoof), where the contestants were Gen. Norman Schwarzkopf and a pair of actresses who got roles based on their appearances (I think one was on Baywatch). Unsurprisingly, Schwarzkopf was mopping the floor with them… except that there was one clue which even I knew was “Who was Douglas MacArthur?”, but which Schwarzkopf missed.

On Price is Right, I get so annoyed whenever they play Cover Up. It should be the easiest game to win. For those who haven’t seen it, you’re trying to guess the price of a car. Each time you guess, you’re told what numbers are right. As long as you get one new number right, each time, you get a new guess. So the goal should be to get only one number right the first pass. That will give you more chances to guess and throw out more wrong numbers at the end.

I was also on a major British quiz show. The only question I got wrong, in the general round, was something about a post WWI prime minister. It’s a show that’s know for its very very long questions, and I just phased out and missed part of the question. I answered Churchill (because that’s usually a good guess), and the question-master scathingly repeated “Labour Prime Minister” in the bit after the questions.

That show (Mastermind) does select for people who will do well. However, when chatting to the staff, especially when some of us were asked back to give input on a new gameshow format they were considering using, we were told outright that a lot of shows filter for not knowing too much. They want a range of contestants, so that the viewers can feel part of the show.

I went to a couple were you had to take a test, audition, be lively, and have an interesting anecdote to tell. In real life, I’m actually pretty good at the latter two, but perhaps I failed the “fail” test.

When she was in her 30s, my sister auditioned for several game shows. She was an experienced pub quizzer but the prizes on TV are a whole lot better.

She mostly failed to get past the first couple of hurdles but was put as a reserve a couple of times. It was clear that the producers did not want ‘clever’ people on their shows. They wanted attractive and entertaining, and if they had the intelligence of a rock, so much the better. A bit like throwing Christians to lions for the amusement of the crowd.

We love Only Connect. When we were visiting friends a few years ago we learned they were also fans, and so we found archived question sets online and worked them as a group. Really great fun.

My wife has forbid me from going off on this one when watching the show. Intentionally picking the wrong first digit seems so obvious to me. Obviously there’s the risk you miss entirely if you miss the second digit, too, but the last three digits are fully random. You pretty much need that one extra chance.

… In a mayonnaise sauce!

Do you remember the clue?

Do you remember the clue?

From “Mcs and Macs”! He even had a big hint about how the name started…

This college kid from Indiana on WoF was really bad 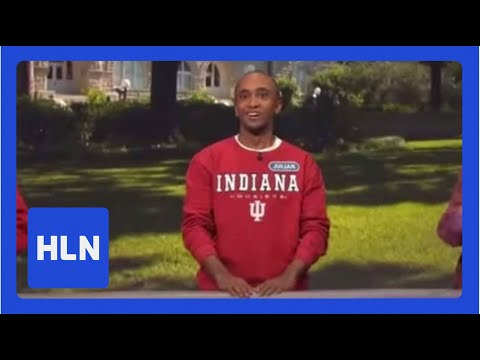 Looks like I might have misremembered it, though: Unless there’s a mistake in the Jeopardy archive, he was just beaten to the buzzer on the answer, not wrong as I remembered. And I also misremembered his opponents, and while he did eventually win by a comfortable margin, it wasn’t the blowout I remembered it being.

Jeez, so many unopened clues!

And I would have expected Stefanie Powers to do much better.