Sudoku Puzzles, The Same or Different?

An interesting task might be to determine how many different legitimate, i.e., having one unique solution, sudoku puzzles are possible. For the sake of brevity, let us limit our discussion to ordinary sudoku puzzles consisting of a 9 x 9 grid divided into 3 x 3 boxes and using the numerals 1 through 9. Before beginning this endeavor, I feel it is necessary to come up with some arbitrary rules to determine if two puzzles are the same or different.

First, is puzzle which is simply a 90 degree, 180 degree, or 270 degree rotation of another puzzle the same or different?

For the third question, we must realize that the numerals 1 through 9 have no numerical significance in a Sudoku puzzle other than they are each distinct. We could just as easily substitute little pictures of bunnies, squirrels, porcupines, etc. Is a sudoku puzzle in which two numerals are switched the same or different? For example, is a puzzle in which all of the 5s are replaced with 2s and all of the (original) 2s replaced with 5s the same or different than the original puzzle? Both would be of the same difficulty and the same strategies would be used on both.

Are there any other questions that you all can think of that must be answered before making a determination of the number of all possible puzzles?

I am interested in what your opinions are on each of these questions.

Another, almost unrelated, question came up while I was typing this. Is the word sudoku capitalized or not? Microsoft Word seems to think that it is. 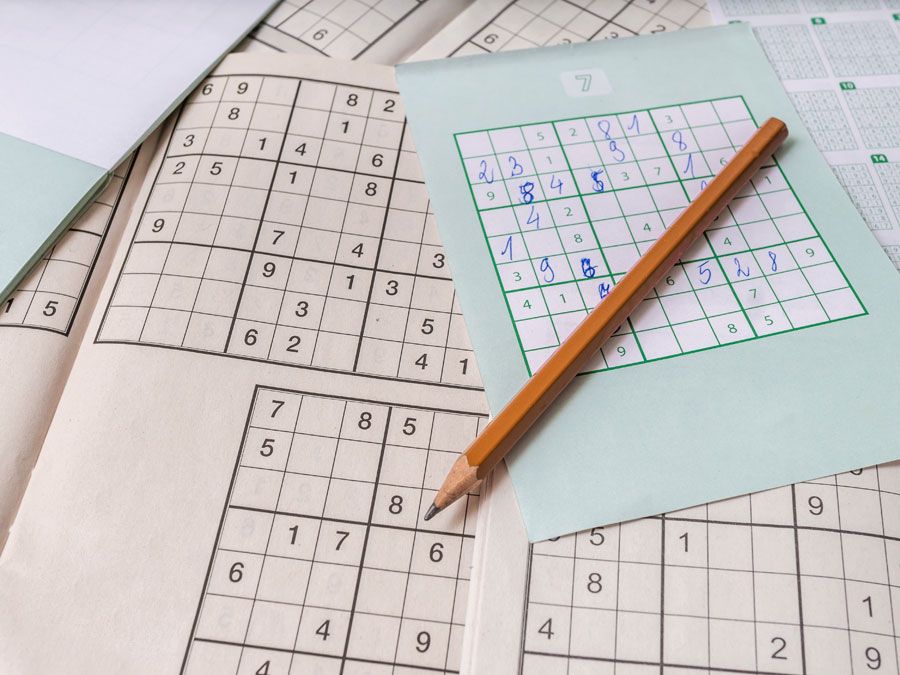 Will We Ever Run Out of Sudoku Puzzles?

How do they keep making up new ones for the newspaper? Or have you been doing the same one over and over?

Of all the unique possibilities for a Sudoku puzzle only a (theoretically) more manageable 5,472,730,538 are essentially different and can’t be somehow derived from each other.

Thanks for the link. But what exactly do they mean by “essentially different”? Two valid grids are essentially the same if one can be derived from the other, using a so-called validity preserving transformation (VPT). These transformations always transform a valid grid into another valid grid. There are two major types: symbol permutations (relabeling) and cell permutations (rearrangements). They are: 1.Relabeling symbols (9!) (Once all possible relabeling combinations are eliminated, except for one: for instance, keeping the top row fixed at , the number of fixed grids re...

the symbol renamings, reflections, and rotations that you mention, plus various row and column permutations count as “not essentially different”

We could just as easily substitute little pictures of bunnies, squirrels, porcupines, etc. Is a sudoku puzzle in which two numerals are switched the same or different?

Your bunny infestation will self-correct if the other squares are filled with wolves, bobcats, eagles, and such.