The party of personal responsibility again. It makes you wonder how much child support this guy is paying.

So he thinks that if a man has “any kind of familiarity” with the slut woman, he will be afraid she would want child support. Rather than do that, he takes advantage of her “vulnerable position” and pressures her to get an abortion in another state, which she will because “it’s not worth everything he’s going to put me through” to do otherwise. But take child support out of the equation and the man doesn’t have to be a asshole about it and the woman just has to have a child she can’t afford. Win, win! This guy is really fucked up and seems to have as low an opinion of men as he does of women.

Will West Virginians be ok with picking up the welfare costs if men don’t contribute to supporting children they fathered?

His audience seemed to dig it.

His audience were mostly religious anti-abortionists. Even so, the graceless Alito took it too far when he included Prince Harry among those he mocked for disagreeing with his ruling …

Undoubtedly emboldened by the scattered laughter and light applause inspired by his Boris Johnson snipe, Alito then followed with a comment that fell completely flat. “But what really wounded me, what really wounded me, was when the Duke of Sussex addressed the United Nations and seemed to compare the decision, whose name may not be spoken, with the Russian attack on Ukraine.”

The Ukraine comment elicited an uncomfortable silence, which seemed to indicate the audience was confused about whether the story was meant to be funny or merely a reflection of Alito’s seemingly low opinion of Prince Harry, Duke of Sussex.

Alito’s comments about the Prime Minister and the Duke of Sussex were inappropriate for any Supreme Court Justice speaking in a foreign country or, for that matter, even in the United States.

The above quote is from an op-ed on CNN highly critical of Alito’s ill-considered remarks and flagrant disregard for the long-established traditional speaking norms of Supreme Court justices:

Paul Callan writes that Justice Samuel Alito's comments about Prince Harry and Boris Johnson come at a critical time for the reputation of the Supreme Court. Alito demonstrated extraordinarily bad judgement, he writes.

Hey West Virginia Republicans? Since y’all feel so strongly about those poor murdered babies how about charging men who pressure women into getting an abortion with . . . MURDER???
I mean did you really think this ham-fisted attempt to get rid of child support doesn’t, yet again, expose the ‘Fuck actual children, we only care about fetuses!’ reality of your deeply held beliefs?

Will West Virginians be ok with picking up the welfare costs if men don’t contribute to supporting children they fathered?

No. The children are not fetuses, so there is no obligation to do anything whatsoever for them.

I think some of you may want to sit down before you read the following. It turns out that children and mothers do worse on a variety of measures in anti-abortion states than those that allow abortion.

This is probably shocking, considering the pro-life label many people use for their anti-abortion position. 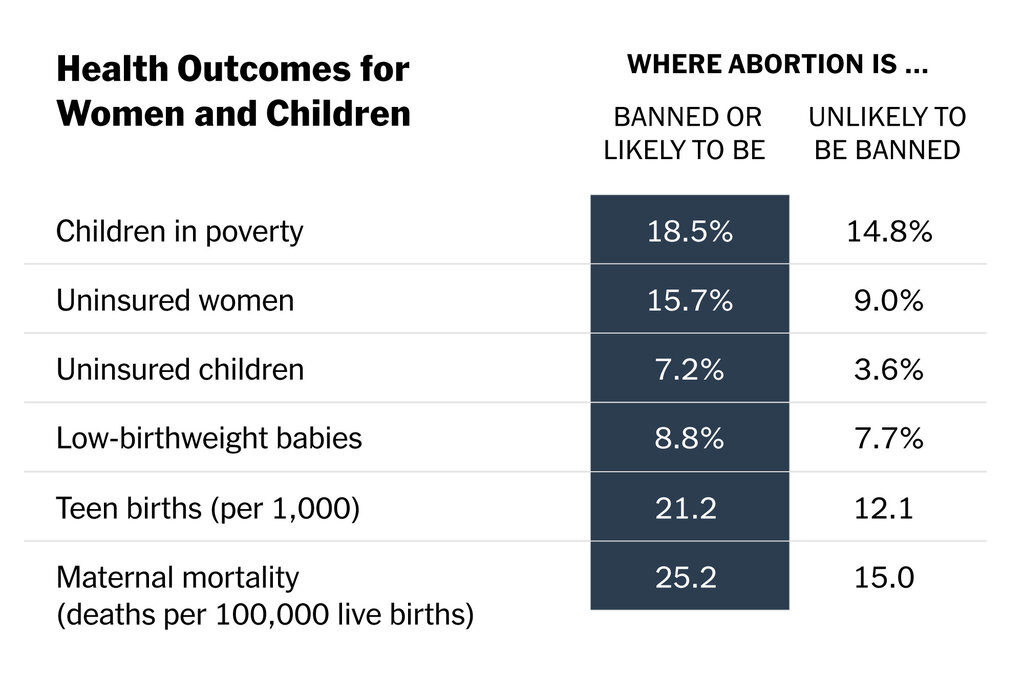 They tend to have the weakest social services and the worst results in several categories of health and well-being.

I think, more to the point, that children are more rhetorical devices than people, and need not be considered. If men don’t contribute to child support, that effectively punishes the women for having had sex (they should have said “no” to sex outside of marriage, and, of course, in this simplistic worldview, they always have that option and that power). If they have to struggle to support these children, that’s no more than they deserve.

The men, of course, shouldn’t be punished for satisfying their normal biological urges, because… well, just because.

Yeah the timing of the law and the proposed rationale makes no sense. If they were concerned about fathers pressuring mothers to have abortions, then this law would have made the most sense back when abortion was legal the woman could actually give in to the pressure. It’s pretty clear that what really happened was that a bunch of WV law makers noticed that if abortion is illegal than there are going to be a whole lot of unwilling fathers who suddenly are going to be on the hook for child support of a baby that neither parent actually wants. Abortion legislation was supposed to hurt slutty women, not the good-ol-boys who make up the Republican base.

Except that the majority of women getting abortions are married or at least the highest number of women. Right?

I don’t think evidence or reality has any significant bearing on their thought process. If it did, basic scientific literacy about female reproduction wouldn’t let them conflate fetuses with babies.

As a result of the supreme court decision, some men and women, are deciding to stop everything before it happens to them: 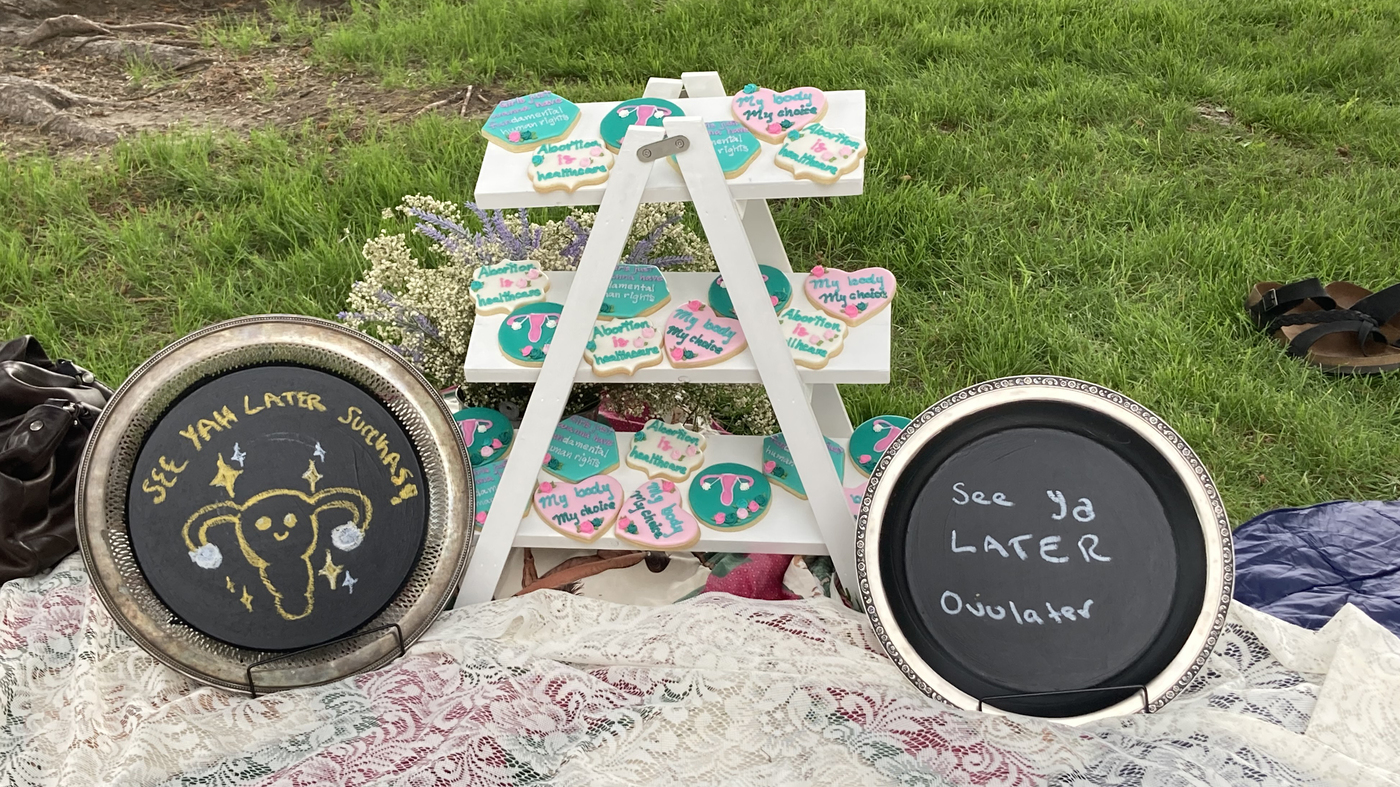 Doctors say more of their patients are seeking permanent sterilization procedures, but some patients are reporting that doctors are unwilling to operate on people of childbearing age.

It does mean less abortions, but I do not think it was what the pro-life people intended.

It does mean less abortions, but I do not think it was what the pro-life people intended.

I think there is a sizable minority of anti-abortion people who really are just against abortion and don’t care if people are having sex outside of marriage and for reasons other than procreation. They’d applaud the sterilization movement.

I think there is a sizable minority of anti-abortion people who really are just against abortion and don’t care if people are having sex outside of marriage and for reasons other than procreation. They’d applaud the sterilization movement

That sizable minority also takes “be fruitful and multiply” very seriously though.

As a result of the supreme court decision, some men and women, are deciding to stop everything before it happens to them:

I’m puzzled over this line in the article:

Their friend, Dani Marietti, was going to have her fallopian tubes removed.

I had the impression that instead of complete removal, women’s sterilization was a cut and seal of the tubes with laproscopic surgery.

Personally, I had a vasectomy back in 1981. My girlfriend at the time and I had been relying on her IUD but it turned out to be a Dalkon Shield. She’d never had any problems with it and was not part of the class action suit but was worried. We had a discussion and she was talking about getting her tubes tied. I said I also had no desire to raise a child either and that it would be easier and less dangerous surgery if I was snipped instead.

Ironically, it was a factor that led to the end of the relationship less than six months later. Thanks to her parents she had issues accepting that someone could do something for her and not demand something in return. She was afraid I’d play the, "I can’t have children now because you, so now you have to — " to coerce her into something, not necessarily sexual, she didn’t want to do.

Gift link to article: multiple people suing on grounds that abortion bans are violating their religious liberty. One of the suits mentioned I think has come up before in this thread, but I don’t think the others have – sorry if they have and I lost track.

Some of the people suing are Christians. The lawsuits are at the vanguard of efforts to rewrite the dominant narrative that says the only “religious” view on abortion is to oppose it.

I had the impression that instead of complete removal, women’s sterilization was a cut and seal of the tubes with laproscopic surgery.

These days, removing the entirety of both fallopian tubes (salpingectomy) seems to be the preferred approach over the traditional “cut and seal” (ligation). My understanding is that this is largely for cancer prophylaxis since a particularly aggressive form of ovarian cancer (serous carcinoma) is now felt to most likely arise in the fimbria of the fallopian tubes (the sort of feathery open end of the tubes next to the ovaries that “receives” the egg cell after ovulation).

Thanks. As you could tell in my post, I’m 40 years behind.

This could go into the Schadenfreude thread, but it’s about abortion rights, so… 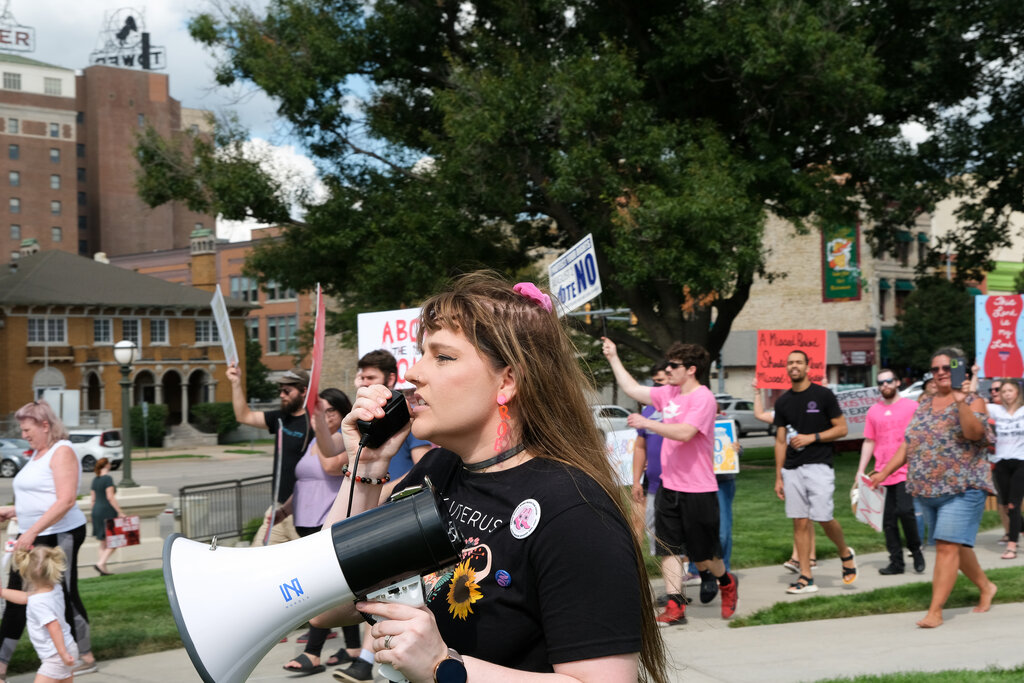 After Kansans voted to preserve abortion access, Republicans who once said the economy reigns supreme are acknowledging the issue will be a centerpiece in the fall campaigns.

I hope the issue further tears the GOP into tiny pieces.

I have been listening to the Marketplace Report on NPR, they have been making the point that abortion rights are very much an economic issue.

If the Republicans thought the economy would be the major issue, they should have realized that limiting access to abortion will make a lot of people poorer (mostly but not all of them women)