I’m not talking about the practical objections or slippery-slope arguments (fallacious or otherwise). But let’s assume:

With those assumptions, is this any more objectionable than beat cops? I don’t believe that the innocent have nothing to hide, but that’s an argument for the preservation of private spaces, not for privacy in public spaces.

One anwer, I suppose, is that the beat cop can only be one place at a time, whereas one person can watch a bunch of cameras, but I don’t consider inefficiency to be a partcularly solid bulwark of liberty.

I can picture a cost argument, in the sense that a comprehensive camera system and the necessary monitoring ends up costing law enforcement $X, and would, at best, address crimes that cost society $Y, where X>Y.

With those assumptions, is this any more objectionable than beat cops? I don’t believe that the innocent have nothing to hide, but that’s an argument for the preservation of private spaces, not for privacy in public spaces.

That’s pretty much my position. If anything, there’s the advantage that the camera can’t beat people up or shoot them like an especially thuggish cop might. I’m more worried about law enforcement indiscriminately using technology that lets them peer into private spaces than I am about them putting a camera where they could just put a guy instead if they felt like it.

If you’re in a public place it makes no difference whether you know if theres someone there or not, its a PUBLIC place.

And you don’t know for sure if there isn’t someone looking out of their window etc. so it shouldn’t drasticly affect your behaviour one way or another.

So whats the big deal ?

Apart from the plastic Anarchists who want to oppose "The man "about everything so that members of the opposite sex will hopefully overlook the fact that he/shes an acned wimp and let them touch them, I find it suspicious that there are some who appear to be violently opposed to their public actions being viewed in public.

I expect that Kiddy Fiddlers calling themselves Libertarians, criminals staking out their next target, terrorists and Serial Killers wouldn’t be too happy about it , but normal people ?

I don’t think so.

And if they do so, leaving out a load of b.s. political rhetoric, why ?

In a public place with no reasonable expectation of privacy? I really don’t give a shit. If someone wants to really see me digging panties out of my butt because I got a wedgie, or a 5 year old kid picking their nose, go for it. Most security cameras are stultifyingly boring to watch, I know, I did a stint as bank security for Wackenhut back in the mid 80s. About the most excitement I had was watching one of the cleaning crew get wrapped up in the power cord for a vacuum cleaner and fall over. Pretty much as exciting as watching paint dry.

I’m not talking about the practical objections or slippery-slope arguments (fallacious or otherwise). But let’s assume:

Unfortunately, I don’t believe that your assumptions are valid. Someone will decide that it would be a cost savings to offshore the job of watching the videos, and will send the entire feed over the internet, with little security.

Someone else will decide that “Hey, my buddy thinks her husband is cheating on her, and we have a camera in the area. I’ll just check the recordings from the area.”

In addition, there is no way that your third item is going to happen. If the cameras don’t record, then it would require eyes on the camera at all times, in sufficent numbers to really watch the feed. And what good is an unrecorded image, to the police? Things like peeing in the corner or bike theft will be over before an officer could get to the location. I don’t believe that a court would allow “As I was watching 4 camera feeds from a camera a block away, I saw the suspect picking pockets.”

So useless to fight real crime, if not recorded, and way to open to abuse if recorded.

Someone else will decide that “Hey, my buddy thinks her husband is cheating on her, and we have a camera in the area. I’ll just check the recordings from the area.”

That’s not necessarily an abuse. If the camera is on public property and is aimed at public property, than a person watching the feed is effectively identical to them choosing to stand where the camera is and watch what it’s watching. Unless you want to make a case that this constitutes virtual loitering, I’m not sure what the problem is.

I would prefer them to be private cameras that are controlled by and ignored most of the time by private individuals but are open to subpoena.

This is just purely as a protection against the rare but ever present abuse by the authorities.

If the owner ship and control of the images is distributed that becomes a lot more difficult and to be honest, owning a camera system and using it around my home it is so boring to watch most people wont’ bother.

I have mine to email me a still image every time a person I don’t know comes to my front door. This is mostly to catch UPS dropping off packages. I live in an urban area and have a theft issue but I have no interest in tracking my friends.

It would be a very powerful tool for a corrupt party to control people. I don’t like it one bit. It wouldn’t be five years before the first attempt is made to arrest people based on their association with other known criminals, and less than five years after that before they become a political weapon.

I made a thread about this before, imagine a world where every movement in a public space or any space viewable from public is not only recorded but indexed and searchable. Hmm a drug dealer lived here at 321 Fake Street, pull up every person who has visited this house in the last five years.

It is terrifying to me to think all my movements are archived and searchable, for whatever reason. You don’t even have to commit crimes to be nervous about a full archive of all your movements for years being there for the abuse.

Sorry for the long post but the original links to these stories appear to be dead so I copied the text from another site. Two incidents from 2003 that took place where I live:

The traffic camera featured on Comcast Cable’s Channel 45 was showing more than just traffic early Friday – it was following people on the Strip. The Crimson White learned at about 1:45 a.m. Friday that the traffic camera at the intersection of University Boulevard and Reed Street, which usually remains stationary, was panning, tilting and zooming in on people and objects along the Strip. The Strip camera operator(s) manipulated the camera to zoom in on several college-aged women’s breasts and buttocks as they walked down the street. The operator(s) also captured a group of young men who had spotted the camera’s movement and were making various gestures and movements.

Trooper Chris Ellis, public information officer for the Alabama State Troopers Office, said Friday afternoon the department was still investigating and was not ready to release an official statement concerning the situation.

While Channel 45 usually shows an Alabama weather map for a few seconds and switches to various traffic cameras across the county for a few seconds at a time, the channel only showed the view of the University Boulevard and Reed Street intersection’s camera. The instrumental music that usually plays on the channel was also absent during the broadcast of the Strip-focused camera.

Jon Howell, traffic systems manager for Tuscaloosa, added that though all control centers have access, the camera system logs all cameras’ movements and tracks where the camera commands originate. Howell said it was unknown Friday afternoon if an inadvertent keystroke was the cause of putting the camera’s view as the sole video on the channel or if the act was intentional. “We can tell where [the commands] came from, but right now we don’t believe this act was an intentional override to put [the camera’s view] on the channel,” Howell said.

Robinson said actions could be taken against agencies that allow misuse of the cameras to happen. “We’re concerned that this does not happen again,” he said.
15 September 2003, Tuscaloosa, Alabama: Three Arrested After Traffic Camera Aimed as Passersby, The Associated Press.

TUSCALOOSA, Ala. (AP) – Images from a traffic camera that was used instead to monitor passersby near the University of Alabama led to the arrests of three people allegedly misbehaving on the street, police said Tuesday.

Meanwhile, officials said they were still investigating who had diverted the focus of the camera from traffic – where it normally is used to monitor vehicles – to pedestrians, particularly young women. The remote-control camera, located at an intersection near a row of nightclubs, usually shows traffic. But officials said someone in a state trooper office diverted the camera to focus on pedestrians in the pre-dawn hours last Friday. Footage broadcast citywide on a cable TV channel showed several people, and the camera zoomed in on the breasts and buttocks of several young women walking past.

A 22-year-old woman was charged with public lewdness about 4:10 a.m. after baring her breasts in front of the [obviously visible] camera, said Capt. David Hartin, and a 25-year-old man was charged with disorderly conduct moments later after allegedly grabbing his crotch as cars went by. A 28-year-old man was accused of public intoxication and resisting arrest after dancing in the street along a row of bars called “the strip,” said Hartin. Hartin said the three were arrested after an officer on dinner break saw images from the camera on TV and notified headquarters, which sent officers to the area.

Chris Ellis, a spokesman for the state trooper office in Tuscaloosa, said the camera was being used for surveillance after a report that a man had exposed himself. “Our officer was absolutely not inappropriately following young women,” Ellis said. “The trooper was using the camera to monitor traffic and some type of criminal activity.” Ellis, who refused to identify the trooper, said no disciplinary action was planned.

But Joe Robinson, director of the city transportation department, said he was frustrated and angry over what he saw as the misuse of the camera, one of 31 traffic monitors in Tuscaloosa. “This certainly is not what our cameras were intended for,” Robinson said. “We have worked long and hard to get this program up and going and get it to the public for information purposes.”

The city has disabled troopers’ ability to control the cameras, he said. Bryan Fair, a professor of constitutional law at Alabama, said the incident appeared to have more to do with the misuse of government property than civil liberties. “Clearly, that camera wasn’t designed to zero in on young coeds,” he said. “If it is for traffic purposes, then it should be used as such and not for the self-gratification of a trooper.”

Have you seen Trapwire? 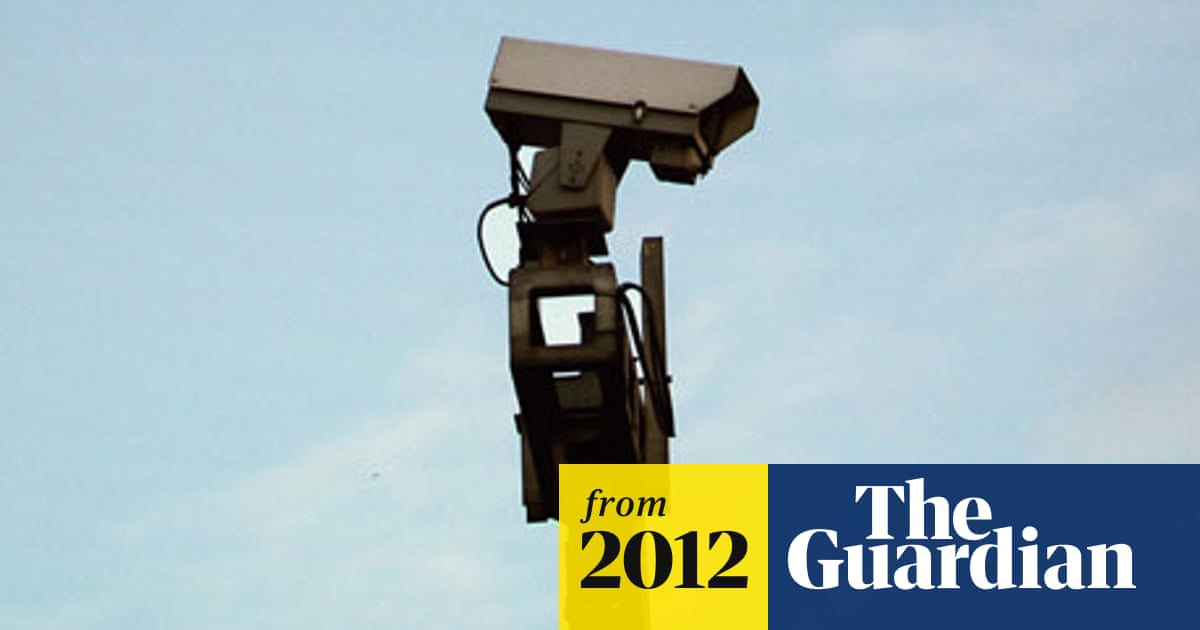 Have you seen Trapwire?

From what I’ve heard, that’s an issue of implementation.