TED talk about using red light and infrared in medical diagnostics. Any criticisms of this?

From what I can tell, the speaker is talking about using red and infrared light along with holograms to perform medical diagnostics. The light travels through your body, the holograms re-organize the photons so that you can understand the information gathered as the light goes out the other side of your body.

The claim is that it’ll be cheaper, less dangerous, less invasive, more portable and higher resolution than other medical scans like MRI. She also talks about how the tools could be used to have 2 way communication with neurons, possibly allowing non-invasive brain/computer interfaces.

Can anyone poke holes in this TED talk? If true, this sounds like it could be a totally new form of medical diagnostic that could be a big deal. 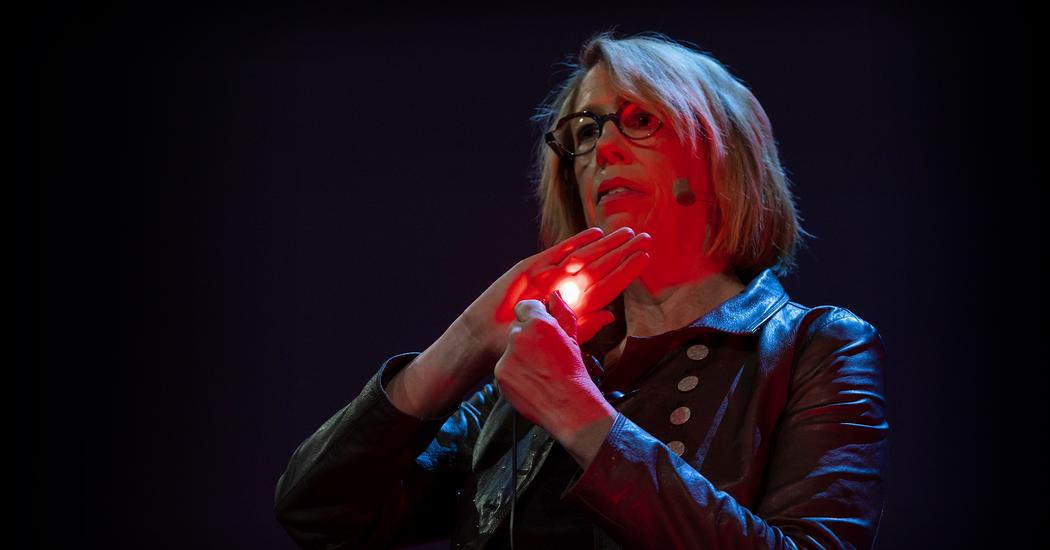 TED Talk Subtitles and Transcript: In a series of mind-bending demos, inventor Mary Lou Jepsen shows how we can use red light to see and potentially stimulate what's inside our bodies and brains. Taking us to the edge of optical physics, Jepsen...

Sounds amazing. I look forward to seeing it in the real world.

She was a little mistaken when talking about stroke treatment. Ct is usually used to differentiate between ischemic and hemorrhagic stroke. It is quicker than MRI. Also tPA , the drug used in ischemic strokes, is very dangerous and has a lot of contraindications. I don’t see it being used by pre hospital personnel anytime soon.
I’m also not sure where she got her figure of 2 billion people with brain disease.
Simple red light is already being used to find surface blood vessels for phlebotomy purposes. Works well. If what she says is true, then we will have a whole new field of medicine.

IR gets absorbed by water and organic molecules like nobody’s business; water is a huge problem for IR spectrometry, in fact, as it tends to form the so-called “water mountain” which obscures a lot of more-interesting peaks (“water is present” isn’t exactly news, we spend a lot of time and effort making it not-present). Based only on the OP (not watching videos at work), the kind of technique being described sounds similar to CAT, but with a set of frequencies which I don’t really think work that way and a purdy holographic display instead of the flat screens we use now. As for red, try shining a red light through anything thicker than the web of your thumb and see how well it travels through.

So I see two issues: one, the choice of frequencies, and two, the holographic display, which once available will be applied to already-existing 3-D medical imaging such as CAT and MRI anyway.

Yes. Not all the way through all tissue, but enough to be useful…

IR gets absorbed by water and organic molecules like nobody’s business; water is a huge problem for IR spectrometry, in fact, as it tends to form the so-called “water mountain” which obscures a lot of more-interesting peaks (“water is present” isn’t exactly news, we spend a lot of time and effort making it not-present).

So they avoid the mountain. If all IR were absorbed by water, the greenhouse effect would be far stronger than it already is, and daytime radiative cooling technologies wouldn’t work.

Based only on the OP (not watching videos at work)

But not on googling “ir penetration flesh”.

The near-infrared (NIR) window (also known as optical window or therapeutic window) defines the range of wavelengths from 650 to 1350 nanometre (nm) where light has its maximum depth of penetration in tissue. Within the NIR window, scattering is the most dominant light-tissue interaction, and therefore the propagating light becomes diffused rapidly. Since scattering increases the distance travelled by photons within tissue, the probability of photon absorption also increases. Because scatterin Th...

It isn’t exactly news, as you say. Ultrasound encoded focusing is a bit newer. Putting it all together with a holographic imaging signal…that I haven’t seen before.

I may have misunderstood that part. I have no idea how much those frequencies can penetrate. The implication seemed to be that you could see anywhere in the body with it though.

The claim is that it’ll be cheaper, less dangerous, less invasive, more portable and higher resolution than other medical scans like MRI.

High intensity IR is dangerous, because it burns you. As do X-rays. MRI doesn’t burn you: the only danger is if you have magnetizable objects in you. Also, MRI shows different stuff, differently. The big problem with MRI has been the MRI machines were so expensive. The application of IR CT would be like X-Ray CT, but complimentary, because different stuff would show up with the best contrast.

Interesting and plausible idea. But her presentation is poor. This being the first presentation anywhere, that’s understandable, and it will improve.

This sounds vaguely like the use of a zone plate for imaging, but taken to a new level. https://en.wikipedia.org/wiki/Zone_plate#Lenses

If this pans out, a Nobel Prize is guaranteed.

I remember an article from decades ago about a guy trying to develop a method for imaging using only light. He said he was still unsuccessful in dealing with the scattering AND refraction. I have no idea if this had any relation to the current process.