The first settlrment in Delaware was Swedish, known as Nya Sverige, in 1636. But 20 years later, the Dutch defeated Sweden, and Swedish colonies were merged into the Dutch American colonies.

Parton’s comment on being told of this: “Hey, there’s no such thing as ba-a-a-ad publicity”.

Parton’s comment on being told of this: “Hey, there’s no such thing as ba-a-a-ad publicity”

Parton’s comment on being told of this: “Hey, there’s no such thing as ba-a-a-ad publicity”.

I think @F.U.Shakespeare is trying to pull the wool over our eyes.

Something occurred to me as an interesting item for the Dustbin Of Our Cultural History thread - but when I checked it out, it remains something which is still very much alive (to my great surprise). Therefore I think it qualifies as an interesting random fact (if you see what I mean.)

I haven’t been in the habit of watching the (English) FA Cup final or the Rugby League Challenge Cup Final for quite a few decades*. Way back in the day, the crowd would be entertained before the match by community singing, culminating with the hymn Abide With Me. The community singing is gone (kinda, see below) - but the hymn remains (!). Here’s Emily Sande singing it from the roof of an empty Wembley Stadium before the 2020 FA Cup final 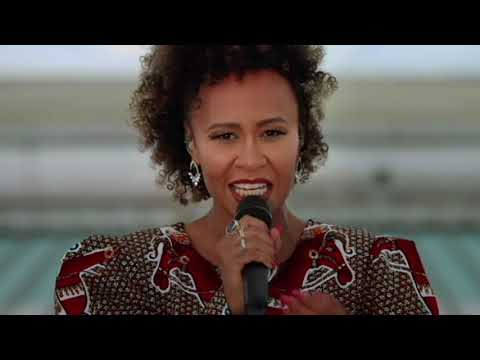 I say that community singing is gone - but the spirit lingers on. This is the 2016 Rugby League Challenge Cup Final, with some of the crowd (remember them?) joining in. 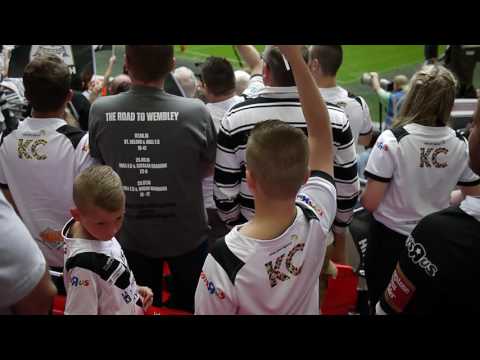 * - to those still in the habit of watching - of course you knew. Sorry. This is for the rest of us.

Drug Lord Pablo Escobar imported lots of African Wildlife to Colombia. Most of it has been removed to zoos, but the hippopotamuses have remained. They’re big, hard to dislodge, very dangerous, and have no natural predators in Colombia. It’s feared that there can be a population explosion of hippos there that will wreak ecological disaster.

“This is not about the past: The real problems will be in the future. It’s about an ecological risk, because these are animals of huge size with the capacity of changing the ecosystem.” This warning, from a Colombian biologist specialized in aquatic mammals, is what prompted me to investigate the hippopotami’s story.
…
The story of hippos is regular fodder for foreign journalists in Colombia, especially because they were brought to Colombia by Pablo Escobar, the notorious cocaine king of Medellin, who by the 1980s reigned supreme in the country. Escobar’s control of cocaine traffic from Colombia, the world’s largest producer, to the United States, the largest market, made him fantastically rich—rich enough to buy four hippopotami for his private zoo at Hacienda Napoles, his sprawling ranch on the banks of the Magdalena river in central Colombia.

When law enforcement eventually caught up with Escobar in a grueling four-year struggle that took thousands of victims, they struggled to find homes for the wildlife he had amassed at Napoles. Most of the rhinos, zebras and giraffes were sent to zoos across the country, but the hippos stayed. Almost three decades later, they are still there, around Hacienda Napoles and the Magdalena river.
…
They are huge, loud animals visible from the air. They kill more humans than any other African animal. And given their size, weighing up to three tons, they also impact their surrounding landscapes immediately. Their presence affects water resources around Napoles, boosting the proliferation of algae and decreasing oxygen in surrounding lakes and ponds.

Having inhabited Colombia for fewer than thirty years, the presence of hippos has already taken its toll. From the original four animals that Escobar brought to Napoles in the 1980s, a wild population of almost a hundred sprouted up. That is partly because Colombia is, from a hippo’s point of view, a paradise on Earth: plenty of water and grass to pasture on and, relative to the African savannah, there are no predators. If unchecked, there could be up to 7,000 hippos in Colombia by 2060. 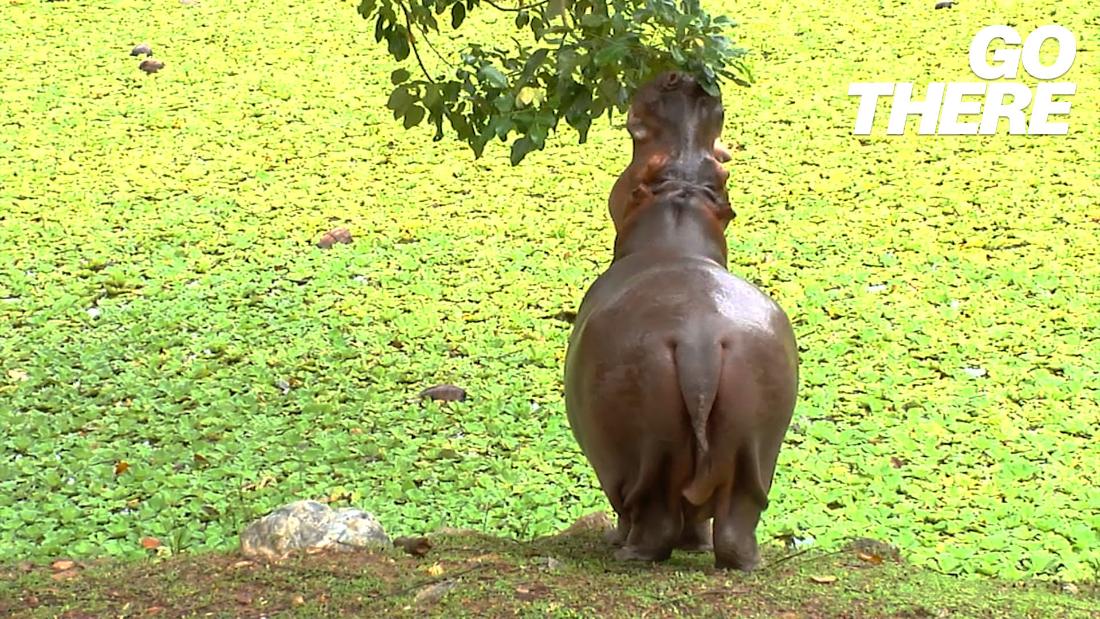 Tapping into the forces behind Colombia's hippo crisis

"This is not about the past: The real problems will be in the future. It's about an ecological risk, because these are animals of huge size with the capacity of changing the ecosystem." This warning, from a Colombian biologist specialized in aquatic...

No predators for the Colombian hippos? What about man? I’m surprised hippo poachers haven’t struck in Colombia.

Maybe if you give them time, a culture of hippo poaching will develop in Colombia. In Africa they evidently hunt them for meat and for their teeth (as a substitute for elephant ivory). But I don’t think there’s a market for Hippo organs, the way there is for bears, lions, and tigers. 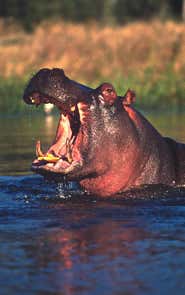 And Paul played drums on The Ballad of John and Yoko!

The story goes he played them in a “mock music-hall style" to get back at John.

That is one of the most brilliant things I’ve read here lately. Bravo, good sir knight.

The most common name given to baby boys born in Israel in 2019 (most recent year available) is still Muhammad, although others such as David and Ariel are getting closer every year.

What were the most popular baby names in Israel in 2019?

David, Tamar, Mohammed and Maryam were the most popular names.

Currently available in small sizes for things like ATVs and Bobcat skid loaders, airless tires could be on a passenger car near you in the next four years. Michelin and GM bringing airless tires to the road in 2024

No spare tire? No emergency jack? No flat-tire repair kit? No worries, because these futuristic new tires need no pressure.

Interesting. I wonder if that tech is finally ready for prime time.

That idea bombed in the early 2000s; the tech wasn’t ready. See The Tweel (a portmanteau of tire and wheel) is an airless tire design developed by the French tire company Michelin. Its significant advantage over pneumatic tires is that the Tweel does not use a bladder full of compressed air, and therefore cannot burst, leak pressure, or become flat. Instead, the Tweel's hub is connected to the rim via flexible polyurethane spokes which fulfil the shock-absorbing role provided by the compressed air in a traditional tire. The Tweel consists of a band of conv...

I have seen more of them recently on things like these:

A skid loader, skid-steer loader or skidsteer is a small, rigid-frame, engine-powered machine with lift arms that can attach to a wide variety of labor-saving tools or attachments. Skid-steer loaders are typically four-wheeled or tracked vehicles with the wheels mechanically locked in synchronization on each side, and where the left-side drive wheels can be driven independently of the right-side drive wheels. The wheels typically have no separate steering mechanism and hold a fixed straight alig...

That idea bombed in the early 2000s; the tech wasn’t ready. See

The concept has been raised several times well before the 21st century, usually in the form of a tire made from or filled with foam. I remember a striking picture of a guy pounding spikes into a tractor tire, which didn’t deflate because it was essentially filled with foam.

IIRC, the reason this approach had problems was because of excessive local heating of the foam. In pneumatic tires, the air can move around and redistribute the heat. In foam tires, it’s trapped in local pockets.

'Zactly. You need flex for a decent ride. But each flex adds heat. Air at 35-70 psi flexes with a very low coefficient of thermal whatever, so there’s not much heat build-up from teh air itself. And the sidewalls only need to be thick enough to hold the air in, plus offset a certain amount of lateral squirm.

With any non-pneumatic tire whatever is doing the flexing has a much higher coefficient of thermal whatever. Plus the hotspots you mention. Not an easy problem.

A couple of weeks ago I picked up a card game at a gaming store – something I haven’t done in ages. It’s called Skulls of Sedlec. It’s a pretty decent, quick-play game for two or three players

Inspired by the story of the Sedlec Ossuary, this micro card game tasks you to stack a pyramid of skulls to best honor the wishes of the deceased.

I was wondering “Why Sedlec?” I figured it was some made-up fantasy kingdom. I was wrong. 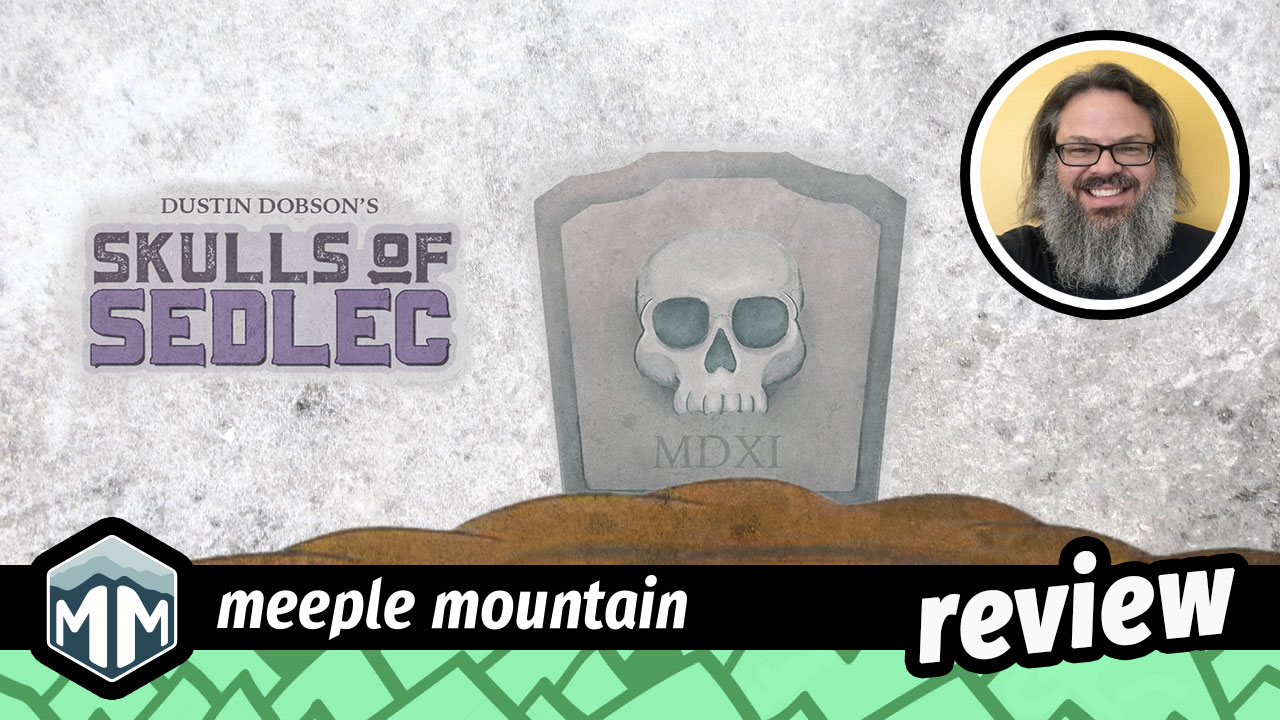 Travel back in time and help build the bone church. Check out our review of Skulls of Sedlec, the newest 18 card game from Button Shy.

The Bismarck was the second largest battleship ever launched by the Nazis; her sister ship – Tirpitz – had a larger displacement.

The Nazis created chlorosulphuric fogs to hide Tirpitz when she was not on patrol, the acid from this fog is suspected to have stunted the growth of nearby trees.

How the Nazis' Largest Battleship Is Still Affecting Norway Today

Decades after it sunk, the battleship Tirpitz is still stunting the environment.

That idea bombed in the early 2000s; the tech wasn’t ready.

Around 20 years ago I purchased some solid tires for my bicycle. They were terrible. Felt like they were losing grip on the turns, and they squeaked on the turns. I quickly removed them and reinstalled regular tires and tubes.

Around 20 years ago I purchased some solid tires for my bicycle. They were terrible. Felt like they were losing grip on the turns, and they squeaked on the turns. I quickly removed them and reinstalled regular tires and tubes.

That’s because they lacked the flex needed to turn the tire slightly so that the sidewall has enough ‘give’ to corner smoothly. With this idea, it is the wheel, not the tire that offers that flexibility. I know the concept is in testing. If it works, it will be okay for everyday commutes, but not for someone who expects a performance machine from their vehicles.