American policemen are five times more likely to kill themselves than to be killed by homicide.

This article from the BBC has many interesting tidbits.

Did you know … that wombats can crush the skull of a predator by catching the predator’s head between its butt and the roof of a tunnel it’s in ?

That is truly awesome

It’s fairly well known that Fred MacMurray had an arrangement with producer Don Fedderson that he could film all his ‘My Three Sons’ scenes for the season in a two block period.

What I didn’t know was that Brian Keith had the same arrangement with Fedderson for ‘Family Affair’. Two months working on the program, and he was free for the rest of the year to do movies. I think MacMurray mainly played golf.

He also fished in northern Saskatchewan. My sister met him working as a cook in Wollaston Lake in the early seventies. She said he was a jerk.

Bernard Neal won 37 singles championships at Wimbledon between 1963 and 2002.

Remember that the club’s official name is the “All-England Lawn Tennis and Croquet Club”. This gentleman won the croquet events. There is still a croquet green at the northern end of the property - during major tennis events, it is divided into two and used for practice.

Here’s a pleasing bit of etymology.

I just posted in the Favourite non-English quotation thread over in IMHO. I went with Mais où sont les neiges d’antan? (But where are the snows of yesteryear?) - and while I know the quote, I don’t know the source, so I had to look it up.

Particularly famous is its interrogative refrain, Mais où sont les neiges d’antan? This was translated into English by [Dante Gabriel] Rossetti as “Where are the snows of yesteryear?”, for which he coined the new word yester-year to translate Villon’s antan. The French word was used in its original sense of “last year”, although both antan and the English yesteryear have now taken on a wider meaning of “years gone by”.

My bold. So: not just a brilliant Pre-Raphaelite painter, huh?

I thought it was a hot water bottle.

We had a major heat related injury in the ER yesterday. Later, while reviewing current treatment online, I randomly stumbled on the fact that there is an Eastern European mythology of the Noonwraith, Lady Midday, a demon that smites people on hot summer days.

Today I learned that until penicillin became common, they used to treat late-stage syphilis with malaria. Someone with syphilis would be injected with the malaria virus to raise the body temperature enough to kill off the syphilis bacteria, while the malaria was controlled by doses of quinine.

In 1896, William Crush arranged to have two unmanned train engines run into each other. 40,000 people came to watch - more than the population of the second largest city in Texas at the time.

When the two trains collided, the boilers exploded sending debris into the crowd, killing two, and injuring more.

Dangerous, but wouldn’t that have been a sight to see The Crash at Crush was a one-day publicity stunt in the U.S. state of Texas that took place on September 15, 1896, in which two unmanned locomotives were crashed into each other head-on at high speed. William George Crush, general passenger agent of the Missouri–Kansas–Texas Railroad, conceived the idea in order to demonstrate a staged train wreck as a public spectacle. No admission was charged, and train fares to the crash site – called Crush, set up as a temporary destination for the event – we...

Grackles (a type of bird), when they are raising their young, will transfer “fecal sacs” of their young out of the nest (in order to not attract predators) to convenient bodies of water, such as our bird bath which, by the way, is located about five yards from our squirrel-chewed chairs. Fortunately the fecal sac thing only goes on for a few weeks, until the younglings are mobile.

Hmm. A flock of boat-tailed grackles recently encroached on my back yard, I’ll have to check that out.

In 1896, William Crush arranged to have two unmanned train engines run into each other. 40,000 people came to watch - more than the population of the second largest city in Texas at the time.

When the two trains collided, the boilers exploded sending debris into the crowd, killing two, and injuring more.

Dangerous, but wouldn’t that have been a sight to see

A few years later they announced that they were going to do the same thing at a place called Point of Pines in Revere, Massachusetts. The day it was to happen, they realized almost too late that there wasn’t room enough for the crowd to safely (?) watch the proceedings, so they called it off.

People were outraged, and rioted. There were lots of injuries. It might have been safer to simply hold the train collision.

Driving on I-29 between Kansas City and Fargo ND over the weekend, I saw a road sign in either southern ND or northern SD that said simply “Continental Divide”. Which made no sense to me… we were a long way from the Rockies.

Apparently the sign marks the Laurentian Divide, which separates the watersheds of the Atlantic Ocean and Hudson Bay. According to Wikipedia, “the divide traverses very flat terrain, especially in North Dakota, causing many travelers to believe the sign marking the divide is a joke.”

Well do I recall doing the same thing in Wyoming once, and I was excited to go over some big mountain pass, since I’d crossed before in Colorado. Big letdown. This is what the divide looked like: windswept flatness and scrub. 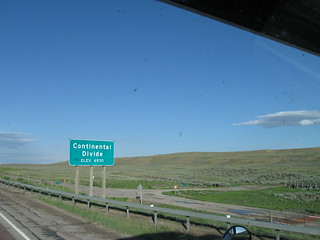 Jacob Steinmetz has been drafted by the Arizona Diamondbacks. (In the third round, at number 77 overall.) He is said to be the first Orthodox Jewish player ever drafted.

Jon Moscot was raised Orthodox but I guess he wasn’t practicing when he was drafted.

Jacob Steinmetz has been drafted by the Arizona Diamondbacks. (In the third round, at number 77 overall.) He is said to be the first Orthodox Jewish player ever drafted.

Apparently, he pitches on the Sabbath and Jewish holidays (but walks to the game on those days. I hope his home/hotel isn’t far from the stadium).

Sandy Koufax was well-known for refusing to start a World Series game which was on Yom Kippur.

Any other Jewish athletes who refuse(d) to play on the Sabbath or Jewish holidays? 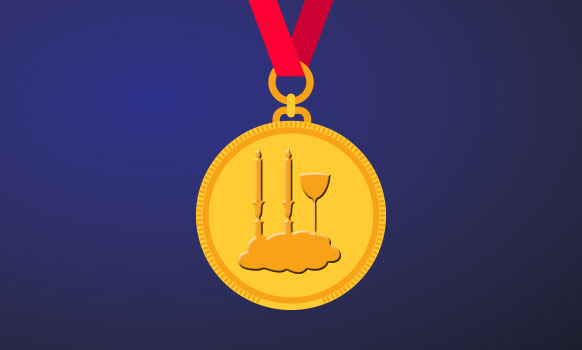 8 Orthodox Jewish Athletes You Should Know - Jew in the City

We’ve all heard of baseball legends Hank Greenberg and Sandy Koufax not playing the World Series on Yom Kippur. More recently, LA Dodger Shawn Green sat out on the holiest day of the Jewish year. Despite the famous joke from “Airplane” about...

Sabbath Not a Problem for These Athletes | Sabbath Truth

Big letdown. This is what the divide looked like: windswept flatness and scrub.

“Crossing the great dividing range” was historically a big deal hear in Australia, like crossing the the Rockies in the USA. Until I took a road trip to Sydney, that seemed kind of strange to me. Because on the inland side of Melbourne, the “Great Dividing Range” is some rising ground with hills.
Although not flat like Wyoming, you know you are ‘crossing the range’ at the watershed divide only because a sign tells you so.