I have seen three Texas temporary tags on cars in the last week. Is there a reason why these cars would be bought in Texas and brought up here to Virginia?

To resell them as maybe they were cheaper to buy in Texas. The used car market has gotten hot since new car production is being slowed down due to parts shortages .

I know at least two of the cars were driven by people who spoke Spanish.

I knew that would be a problem. where i live there are a lot of Hispanics. There are a lot of Hispanics in Texas. The possibilities of being able to buy a car in Texas and have brought to Virginia by family is a possibility about the reselling the cars in Virginia. Or just plain wrong in your mind.
What I also saw was this one SUV that had the temp tags looked terrible. Rust and dirt all over the vehicle. I just thought it strange that this car would look so bad being sold that way.
If I offended you I am sorry. I was just trying to give all the facts for a reasonable answer.

It’s not a problem and I’m not offended.

I had assumed a similar set of circumstances as you with regards to a large Spanish speaking population in Texas and why cars may be purchased there and driven to other parts of the country. It may be for resale purposes or for personal use.

I actually almost bought a somewhat rare use car from a Dallas dealership some years ago. I happened to find a better car closer, but I would not hesitate to buy out of state and have done so.

What’s the answer you’re looking for?.. Why do people buy beaters?

Maybe the tag is fake. 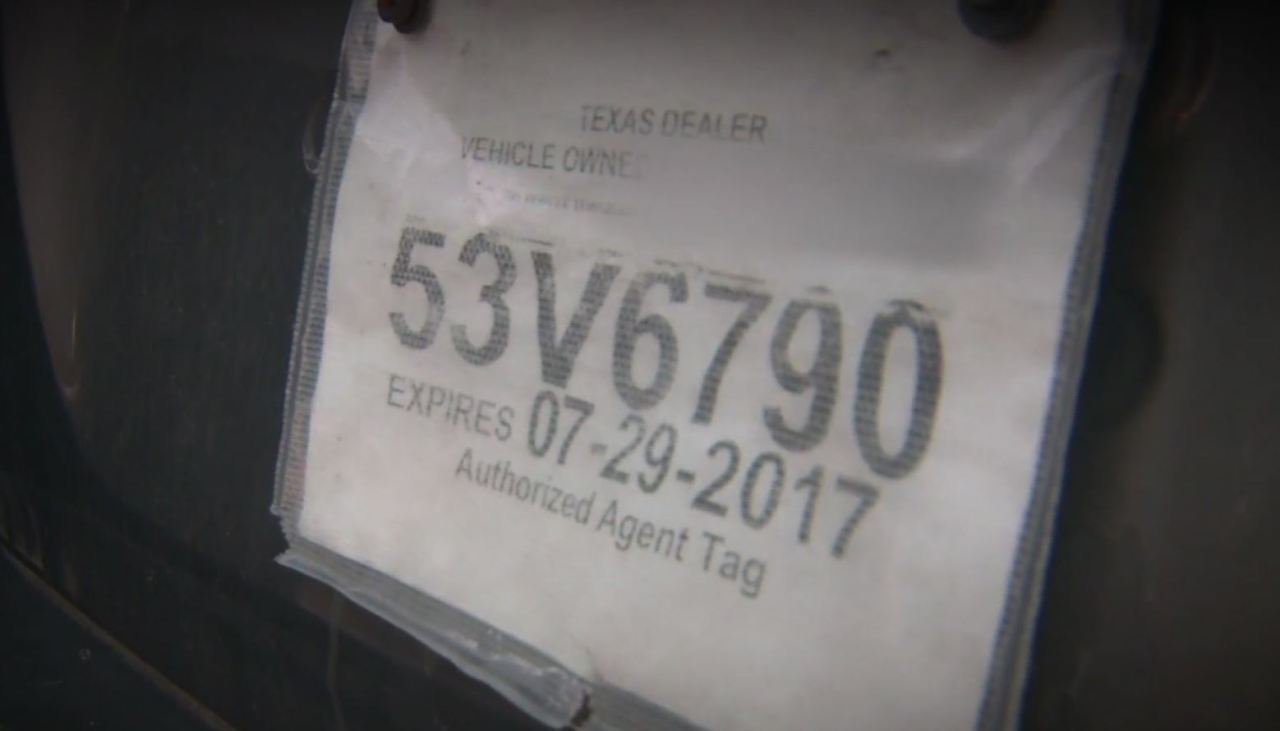 Why would you go to Texas to buy a car for use in Virginia?

Maybe you can buy it cheaper in Texas. Used cars are generally more expensive in the Northeast than in the South/West.

Definitely something suspicious there. They’re only supposed to be good for 30 days at a time.

Why would you go to Texas to buy a car for use in Virginia?

Well, in my case, I was looking for a very specific, relatively rare, low mileage car. The entire nation was my search criteria. So happens I found it locally but it was simply down to dumb luck. I did a similar thing when buying my son’s truck. It wasn’t a rare vehicle but I wanted one with low mileage and good service history so I ended up buying it out of state and having it delivered. It was a good purchase.

I’ve mentioned before that I bought a Florida car on ebay. After a few messages back and forth, we spoke on the phone and I was convinced the seller was legit. I paypal’d a $500 deposit and bought a cashiers’ check and a one way plane ticket. He picked me up at the airport and we did our deal. Real smooth, great experience, fun even.

License plates were a dilemma. I didn’t want to drive through six states with a big gaping hole in the bumper so I brought a plate from my existing car (No problem with TSA in carryon). At least there was something there in my name and I had all fresh signed bill of sale and title in case I got pulled over.

No problems and I got legit tags the day after I got home.

There is no factual answer here. There are any number of reasons people would buy a car in Texas and take it to Virginia.

One possible answer is that they immigrated from south of the Border into Texas. Needed vehicles, to travel across the US, as they weren’t planning to stay in Texas, so purchased them there and began their journey.

They may not even be planning to stay in Virginia, but continuing on.

That bit about the plate cannot be legal. And if you had gotten pulled over, the plate check coming back for a different car would not have improved the situation.

I feel like there are some details here that you’re not sharing. How did you happen to notice that all three license plates had the same expiration date and had Spanish-speaking drivers?

That bit about the plate cannot be legal.

I know, that was the dilemma. So I did what I could to prepare to avoid and/or talk my way out of trouble. If I’m caught without a plate at all, I’m pulled over. If my plate is run, it comes back clean & valid, a trooper on the interstate might not notice the cars don’t match. If it’s noticed, I’m pulled over and I present my sale documents, winning smile and silver tongue.

Actually, the part I was most scared of was stopping the night just south of Indy. Local cops often patrol lodging lots and can do so slow enough to really read the record’s details.

Temporary tags are generally available at the DMV if you show the proof of sale/purchase and signed title.

I wouldn’t know for sure, but, given that dealers have temporary plates, it would make sense if you could also get them. Alternatively, maybe you can just drive it with the previous owner’s plates temporarily. It would be as if you were borrowing it for a bit before officially buying it.

Alternatively, maybe you can just drive it with the previous owner’s plates temporarily. It would be as if you were borrowing it for a bit before officially buying it.

As a bonus, if you crash you can stick them with the bills. Which might make them hesitant to let you drive off with their plates still on.