That's the Beauty of It: It Does Nothing

No new info about the origin of that particular phrase, but I have to share this from this morning’s obituary of gadget-maker Don Poynter.

But if some of the countless novelty items Mr. Poynter invented and produced were on the lowbrow side, there is no denying the subtle brilliance of one of his earliest and most successful ones: the Little Black Box. Created in 1959, it was an unadorned box with a switch on top. Activate the switch and the box vibrated a bit; then a hand emerged from it and turned the switch off.

That was it: a device whose only purpose was to turn itself off. Other people in the same period had explored iterations of the so-called useless machine, but few saw the marketing possibilities as clearly as Mr. Poynter.

“Reps at a New York trade show kept asking what it did,” he told the alumni magazine of the University of Cincinnati, his alma mater, more than 40 years later. “I said, ‘It does absolutely nothing, except switch itself off.’ Everyone thought I was crazy, but I sold it to Spencer Gifts. In one month, it became the hottest item they ever had.”

I have a Useless Box on my desk at the office.

The Useless Box is pretty quiet and quick. The The Thing bank was noisy and the hand took its time coming out. But once it had the coin it snapped back with a loud clack and the sound of the coin hitting the coffer. Always wanted to get another one of those.

I thought the origin of the phrase was solved long ago. 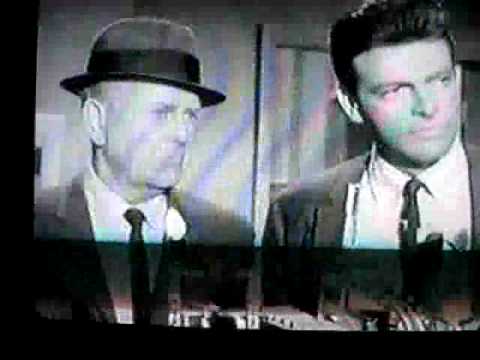 That clip reminds me of an old sci-fi short story I read in high school. In some near future world a mechanic, unable to find any other employment, takes a job in a factory where literally everything is automated. As I recall he’s the only human in the place, and his job is basically to supervise the machines. Out of boredom, in his spare time he builds a machine in his garage. The machine doesn’t actually do anything, at least not anything useful, it’s just a bunch of spinning gears and bells and whistles that go off. But when people hear about it no one believes such a complex machine could do nothing; they assume he just doesn’t want to reveal its purpose yet. Rumors spread that he has some important new invention, and the absurdity builds from there.

Actually, that clip is so similar to the story I read that it makes me think that story was the inspiration for the TV episode that clip is from.

That episode was years after the Little Black Box and the Useless Machine, so the phrase could already have been in vogue with them riffing off of it.

You may have seen another “do-nothing box,” a block of wood with two dovetail channels cut at right angles to each other. A lever is connected to a slider in each of the channels, and you can amuse yourself by turning the crank, watching the sliders miss each other every time.

However, it is NOT a useless device! I found out years after I saw my first one, it’s an ellipse trammel. If you replace the knob at the end of the lever with a pen or pencil, it will trace a perfect ellipse.

You may have seen another “do-nothing box,” a block of wood with two dovetail channels cut at right angles to each other.

Also known at a “nothing grinder”. Here’s a Mathologer video on the subject.

That was soooooo cool! Thanks for finding it.

Thanks for posting that! Mind Blown!

This reminded me of a story I heard today on the podcast “Fever Dreams” about a device being hawked on some right wing websites. Here’s a link to the podcast, discussion of the “Qux” box begins around 50:00. Apparently it is marketed as a way for righties to “free themselves from big tech.” No one seems to be able to figure out what it does. 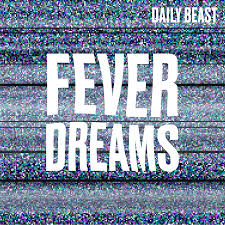 A former InfoWars reporter is pushing a hot new gadget on the right-wing electronics market: the Qux… Yes, it’s pronounced “cucks.” No, no one knows what it does. But for $99, it promises to free Donald Trump’s supporters from the tyranny of Big...

Designed by husband and wife team Charles and Ray Eames, this is the Solar Do-Nothing Machine, a whimsy-maker of sorts, but also "one of the first devices

Seeing that clip, I thought it was ahead of its time by a decade. Commercial design would eventually catch up.

No one seems to be able to figure out what it does.

There’s some buzz on the internet about the Qux (“Cucks”, see), a mysterious gadget being marketed at the MAGA crowd. Its Indiegogo campaign went into orbit, with more than a thou…

In essence, it’s a box that turns your TV into a smart TV (or replaces its built-in smart TV functions). As vague as its promo and crowdfunding pages are, the Qux difference is plainly that it has a custom portal with all your MAGA faves set up and ready to binge.