The Adventures of The Special Master

Now I see a reason to appeal, even though it will make the whole thing take longer.

This is not certain. We are dealing with the Delay King here. Imagine an appointed special master, after a few months of vetting, looking at every molecule of every document with a microscope. And other fun legal delays.

Per the link that @whitetho just provided…

The department also asked for a partial stay of Cannon’s ruling while the appeal is pending, saying that “the government and the public are irreparably injured when a criminal investigation of matters involving risks to national security is enjoined.”

I posted earlier that such blatant judge shopping on its own is worth a stay. Even Chief Justice Roberts made that same comment last year about such tactics.

You continue to confuse yourself.

Firstly “you can’t share with any other person” is wrong. There is a long list of persons with whom one can share privileged information without losing privilege. Members of one’s own private staff would be amongst them. Mixing up one’s documents creates no automatic inference they have lost confidentiality. It might be evidence of this if in the particular circumstances of the case the mixing was somehow evidence that confidentiality was lost but it’s not easy to see how.

It is possible for a document to lose privilege if, due to maladministration, one can no longer prove its provenance and there’s no other way to prove its privilege. That’s an evidential point. It would be the exception rather than the rule.

I posted earlier that such blatant judge shopping on its own is worth a stay. Even Chief Justice Roberts made that same comment last year about such tactics

Upthread it is said that the judge who issued the warrant was from a lower court and not authorised to hear an application for an order for a Special Master, which had to go to a Federal Court judge. How would the Federal Court allocate a judge? Where I’m from the litigants have no choice of judge. They simply get allocated one. Is there any evidence Trump somehow influenced which Federal Court judge he got?

Scroll to 3:24 to see what my mind conjures up when I see that phrase, “special master.” 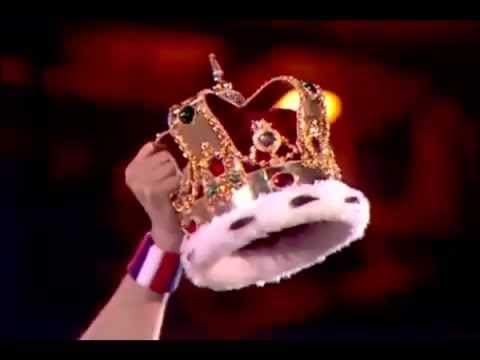 Is there any evidence Trump somehow influenced which Federal Court judge he got?

They picked where to file because while there was no guarantee of getting Cannon, the odds were very high.

Trump got the judge he wanted in the Mar-a-Lago case: One he appointed. And she just gave him the first decision he wanted.

When former President Donald Trump summoned up years of bubbling resentment and sued Hillary Clinton and everyone else involved in Russiagate earlier this year, he naturally filed his lawsuit in South Florida—home to his oceanside estate.

And yet, when his attorneys formally filed the paperwork, they selected a tiny courthouse in the sprawling federal court district’s furthest northeast corner—a satellite location that’s 70 miles from Mar-a-Lago. They ignored the West Palm Beach federal courthouse that’s a 12-minute drive away.

As you see in that article, it wasn’t guaranteed but it was close to it. It failed when they tried previously but that was a fluke. This time it predictably worked.

Imagine you are taking a driving test. You travel many miles to a tiny DMV office where your brother-in-law is the only test-giver on a particular day. You pass despite being barely able to avoid an accident multiple times.

There’s a slight chance with bad luck the day you go, your BIL is sick and has someone else filling in, but the odds are extremely low.

As you see in that article, it wasn’t guaranteed but it was close to it.

LegalEagle has a take on the Special Master now. 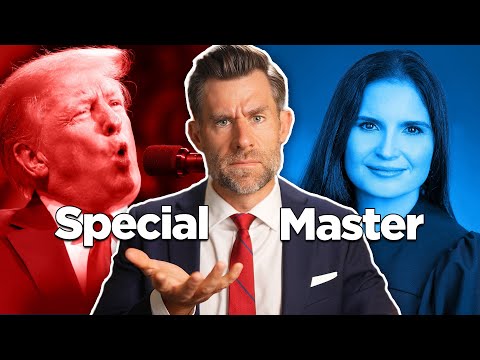 A judge still must approve Raymond J. Dearie’s appointment for the document review — which has stalled the Justice Department’s criminal probe — to go forward.

Question – in the abstract, COULD having a special master end up hurting Trump in the long run?

Its theoretically possible that the Special Master might declare some of the documents that the DOJ excluded as privileged to not actually be privileged and so give them back to the FBI. But that seems unlikely. The way its more likely to hurt them is that it will be harder for them to assert privilege on any of the documents that Special master didn’t flag given that their own chosen expert didn’t think they met the criteria.

Well, if you think that Trump’s team specifically included Dearie as a signal for the judge to pick the other recommendation, then saying you are OK with Dearie certainly makes it harder for that ploy to succeed.

Also, they probably think they are pretty solid ground with the appeal re: things marked Classified, which seems to include the majority (entirety?) of the documents they are actually concerned about.

Of course the other conspiracy theory is that Dearie in particular has reason to be upset re: how the Carter Page FISA warrant went down (he was duped or something) and these documents pertain to that. But of course that is just a sham for the Trump base - but they might buy it, I suppose. If it were true, of course, then the DOJ shouldn’t be recommending Dearie be the SM.

The subpoena from May that Trump defied specifically asked for documents with classification markings as opposed to asking for classified documents.

Even if Trump magically declassified those documents, and somehow the special master determines they are Trump’s property, they are still evidence of obstruction. There’s really no way around this. These docs were subpoenaed in May and supposedly dealt with in June, but they were found at Mar-a-lago in August.

If the DOJ is ever ordered to return these to Trump, I hope they do so with a subpoena in hand requesting these docs back since they are evidence of a crime.

So here’s a fun bit. Trump demands a Special Master, they appoint one, Trump had some input on who should be appointed, and then Trump turns around and starts pushing back on the Special Master when said special Master actually does their job. 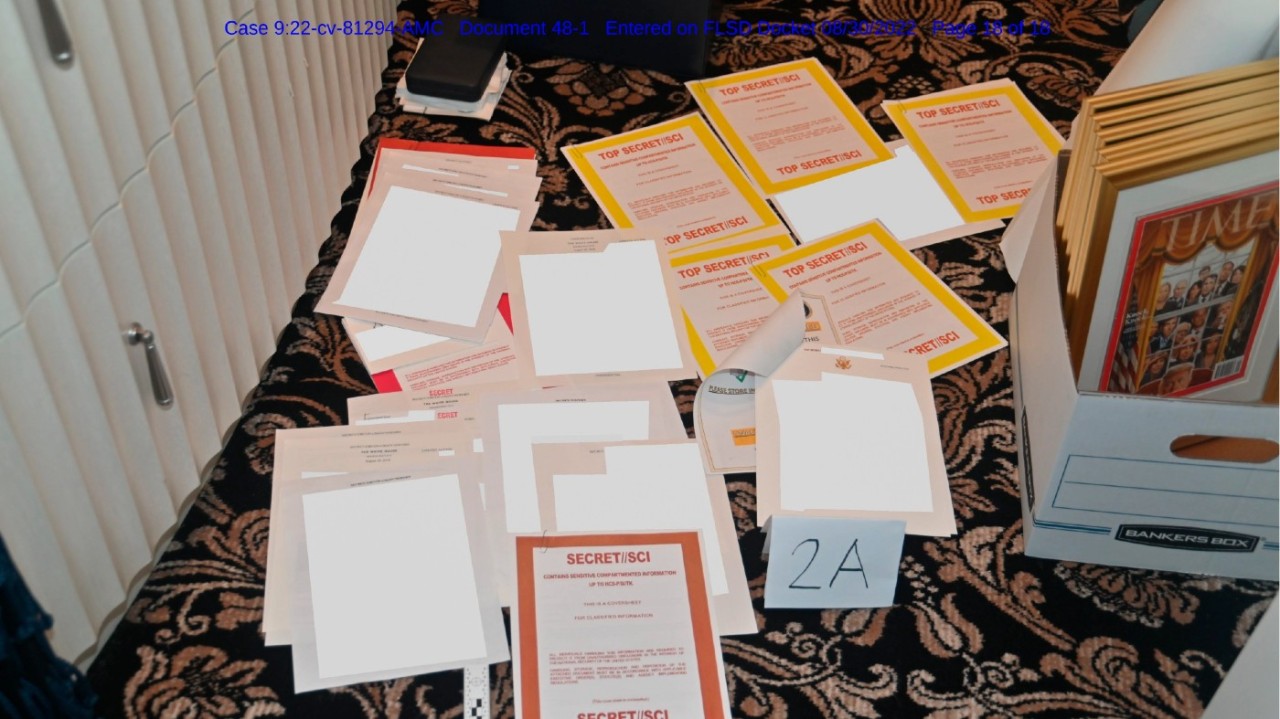 Former President Trump’s legal team on Monday night resisted a request to elaborate on his claims around declassifying the documents recovered last month from his Mar-a-Lago home.  In a filing…

I guess they’ll soon be the “Special Master of Just Getting Coffee, I Never Even Met Them, But I Heard Bad Things About Them”.

That’s because this is all just delaying tactics, of course.

Mar-a-Lago special master orders Trump team to back up any claims of FBI...

The special master overseeing the Mar-a-Lago documents investigation has ordered former President Donald Trump's lawyers to back up out-of-court assertions that the FBI may have planted evidence at the property during their search last month.

The declaration must include “a list of any specific items set forth in the Detailed Property Inventory that Plaintiff asserts were not seized from the Premises on August 8, 2022,” Dearie wrote in the order.

This has come up as an issue in the case because Trump himself, some of his attorneys, and several of his outside Republican allies have publicly claimed that the FBI planted evidence at Mar-a-Lago during the August 8 search.

Bolding mine. And Dearie is giving them until the end of the month to put up or shut up on this particular matter, but is basically not giving Trump’s team more than the most basic time frame to come up with confirmation on all of his other claims either.

I’m really stating to like Dearie. He is taking the time take each and every bullshit claim regarding the classified documents and demanding that they get laid out in full detail. Given that none of Trump’s excuses were thought out beyond the 10 second sound bite stage it’s go to be rough going.

I’ m waiting for the Trump group to start attacking Dearie as a “deep state RINO” who they aren’t willing to pay, refuse to cooperate with the “charade”, and demand that a new Special Master be appointed immediately.

You may not be wrong; the name Robert Fiske came to mind when reading this post. 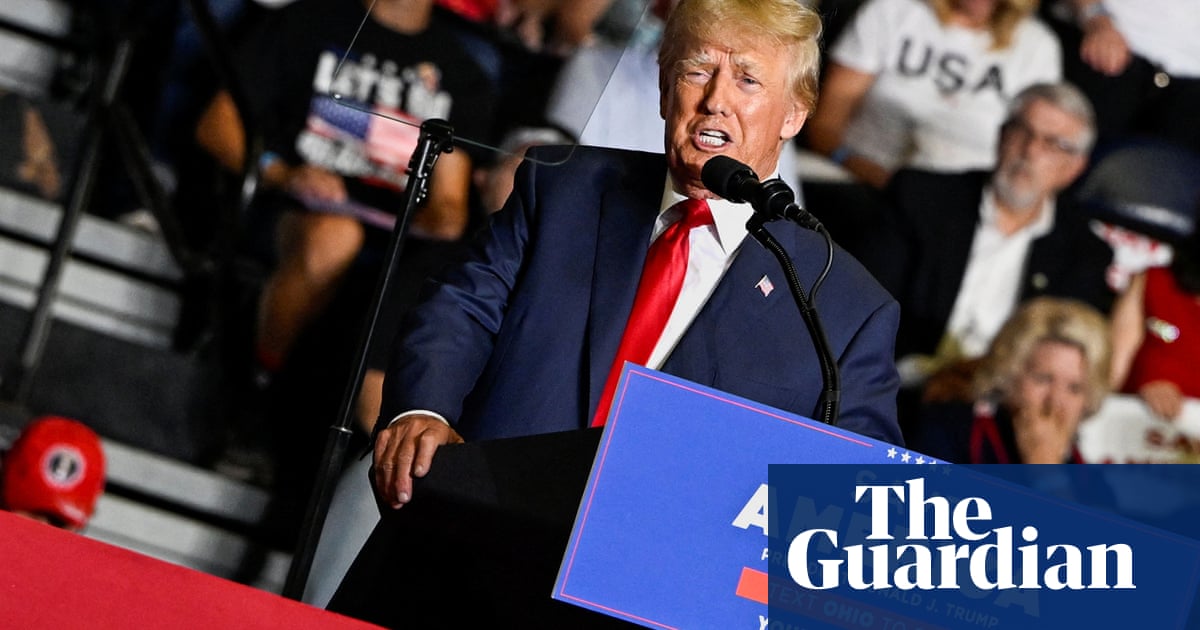 Trump claims presidents can declassify documents ‘by thinking about it’

Ex-president tells Sean Hannity: ‘Because you’re sending it to Mar-a-Lago or wherever … There doesn’t have to be a process’

Why am I reminded of the famous Eddie Izzard Death Star Canteen sketch?

“I can declassify you with a THOUGHT!”