But they would have to get that done before 14 December, right? And even then, it would have to be accepted at the actual EC vote?

Or create a national state of emergency when people take to the streets to protest - that card is still in the deck.

What would that do, exactly? I agree this whole situation is really bad, but declaring an emergency doesn’t allow him to declare himself the winner.

Thanks for the answers.

I was thinking of a different situation where competing slates of electors would be present; mea culpa.

He could attempt to suspend civil liberties.

My real point is, we just don’t know what he is capable of trying, and what Republicans are capable of supporting.

I haven’t gotten that bored yet, but … for those who have …

I was thinking of a different situation where competing slates of electors would be present; mea culpa .

I don’t even know if that’s a thing. If it is, I guess Congress could accept them all, as Biden would still win. Doesn’t really matter if he wins 322-248 instead of 306-232. Michigan would effectively be removing themselves from contributing to the vote.

But accepting it would legitimise the practice of routinely invalidating results you dislike.

I don’t even know if that’s a thing. If it is, I guess Congress could accept them all, as Biden would still win. Doesn’t really matter if he wins 322-248 instead of 306-232. Michigan would effectively be removing themselves from contributing to the vote.

I don’t think that accepting two slates of electors from a given state is an option. When Congress counts electoral votes on January 6, if there is more than one slate submitted by a state, they have to decide which slate to accept. Again, I don’t believe “both” is an option.

Looks like Trump’s attempt to bribe or coerce those Michigan legislators has failed.

Thought you guys might appreciate this. Another turkey fighting the results of an election:

Trump Once Joked at Turkey Pardon That One of the Birds 'Refused to Concede...

"Unfortunately, Carrots refused to concede and demanded a recount, and we’re still fighting with Carrots," President Trump said in 2018, in a moment that got revived on social media this week

Some federal judge (Judge Batten) ordered Georgia to temporarily preserve and not wipe voting machines, then reversed his own order because the machines are under control of individual county election officials rather than at the state level. The state was named as the defendant and could not be held to this order so it was reversed. WTF? Why on earth would this judge entertain a suit from the crazy Kraken team?

Other than the obvious reason, that he’s probably a Republican, though I haven’t looked into it to be sure.

There was no changing of votes from trump to Biden. Stop the steal? Don’t you mean stop the shit? I’m so tired of this. Debunking Trump Tweets: No Big Win in Georgia for #TeamKraken

A claim that Trump's legal supporters won "a major injunction" in trying to overturn election results in Georgia proved to be short-lived.

Apparently the wiping is set for November 30.

On Fox & Friends over the weekend they were still casually talking about trump just pulling a coup and swapping out electors. Who needs minor technicalities like “any evidence of fraud whatsoever”? I thought talk of this was finished after trump’s ham-fisted attempt to sway Michigan legislators by inviting them to the WH a couple weeks ago.

Twitter link to the video clip below, and a key quote from Will Cain of F&F:

That won’t happen now, but you’d better believe that Matt Gaetz, Louie Gohmert, Devin Nunes and other Trumpist bootlickers in Congress are going to challenge every single slate of Democratic electors from all the battleground states. That’s a thing they can do; the Democrats did it to a few states in 2000 and 2004, but the GOP is going to amp it up big time.

I dare say they’ll challenge each and every Biden slate of electors. It will drag out the process for hours but the base will eat it up like popcorn.

It could delay the process by days. Gaetz et al. may be hoping they can delay it so long it’s declared a failure and then the House delegations can elect Trump. 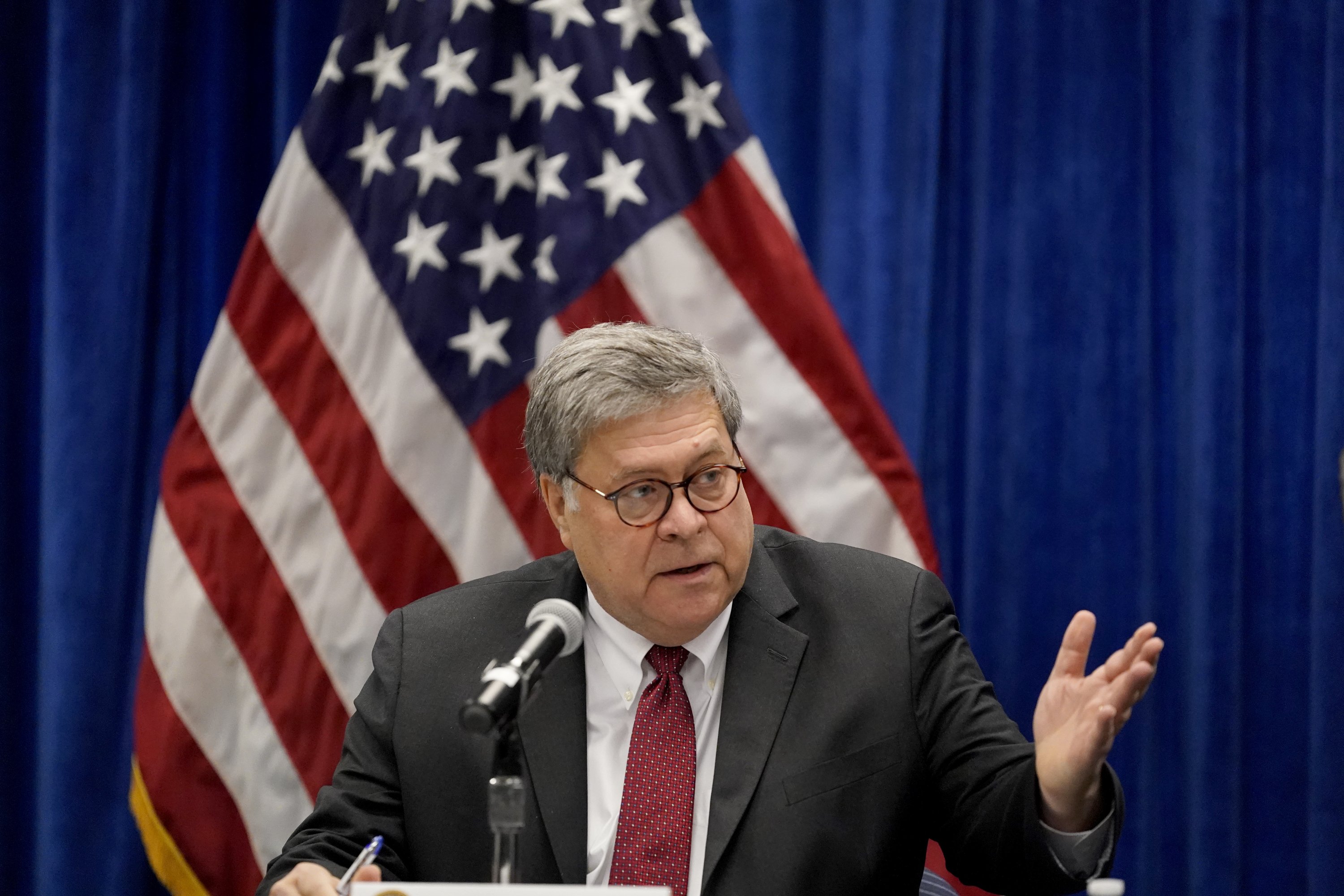 WASHINGTON (AP) — Attorney General William Barr said Tuesday the Justice Department has not uncovered evidence of widespread voter fraud that would change the outcome of the 2020 presidential...

I think he’s fired before the sun sets.