The crash has laid bare many unpleasant truths about the United States. One of the most alarming, says a former chief economist of the International Monetary Fund, is that the finance industry has effectively captured our government—a state of affairs that more typically describes emerging markets, and is at the center of many emerging-market crises. If the IMF’s staff could speak freely about the U.S., it would tell us what it tells all countries in this situation: recovery will fail unless we break the financial oligarchy that is blocking essential reform. And if we are to prevent a true depression, we’re running out of time

Opening paragraph, article itself is largely, if not entirely, devoted to substantiating this premise. Needless to say, it is a premise that fits my political views, biases, and preconceptions neatly. It is offered by Simon Johnson, former chief economist for the International Monetary Fund, now with MIT, and a Yale University law student, James Kwak.

I find myself reading and hoping to find a point with which I can disagree with some assurance, because if what he says is substantially true, we are most likely well and truly boned.

Offered for discussion, in substantial agreement.

I’m not sure what there is to discuss. It strikes me as being about as much a revelation as the fact that the Sun rises in the east. And it’s not restricted to the USA, although you’re getting the hardest ass-pounding by far.

The AIG bailout is almost entirely being siphoned off by banks who deliberately took risks they knew they couldn’t afford on the assumption that if the worst happened, AIG would be bailed out by the American taxpayer. It was a deliberate and conscious decision to take a risk that would enrich themselves that would be backed up, if need be, by ordinary Americans. The TARP money is, for the most part, simply going directly into the hands of banks, many foreign, who planned for something like TARP to happen if the market went to shit.

It’s wholly deliberate, and unfortunately President Obama, who I believe is a very decent man, has been led down the garden path and hasn’t shown any inclination to do anything except play ball as directed. Indeed, I STRONGLY suspect that the AIG bonus kerfuffle was a deliberate leak by AIG or other interested parties to distract attention from the announcement, not coincidentally made the next day, that billions upon billions of AIG bailout dollars were being sent directly to foreign banks who’d planned all along to rape the American taxpayer.

So while people on the SDMB were screaming for blood over 165 million, **a thousand times as much money** is being put on bags marked with a and shipped off in cargo containers to Goldman Sachs, Deutschebank, HSBC, and the like. And they got off scot free. It was fucking brilliant, if also evil.

They didn’t deliberately cause the crisis - they would have been happier to go on making money - but they deliberately created the conditions to fool the government into bailing them out. And they’ve succeeded.

By the way, it’d be helpful to folks if you could link to the Atlantic article, if there’s a link handy.

I take the opposite view.

Citizens en masse surrender their governements (local, state, federal) to the corporations via the aggregation of their actions.

Corporations do not capture governemnts. Instead, governments surrender to corporations.

No regulations or laws can prevent/protect the citizens from ignorance of their economic decisions.

…By the way, it’d be helpful to folks if you could link to the Atlantic article, if there’s a link handy. 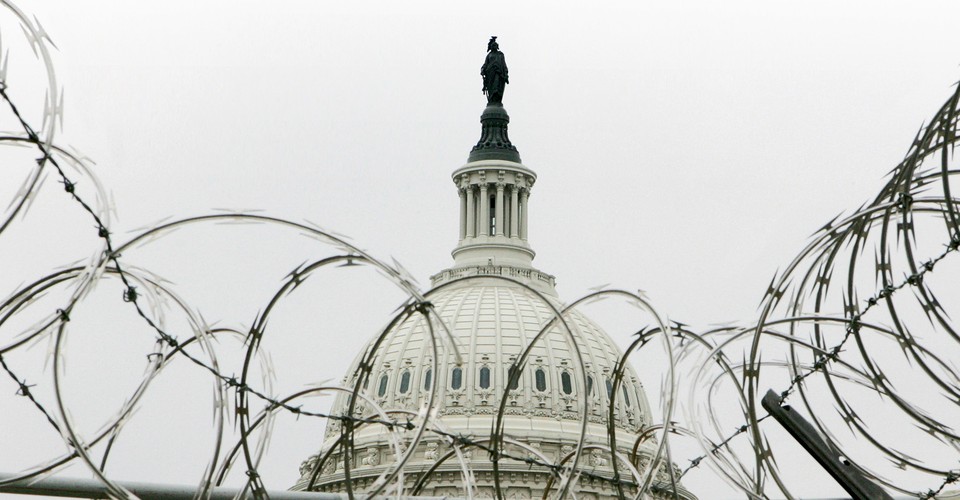 The crash has laid bare many unpleasant truths about the United States. One of the most alarming, says a former chief economist of the International Monetary Fund, is that the finance industry has effectively captured our government—a state of...

Would it be too much to ask a kindly mod or admin to copy and paste the link at the end of my original post?

IMHO - First we have to accept the premise that big corporations, in this case the subset known as the Financial Industry, and the government are in a marriage that will never be broken. Really, they have to be - in order for the world to operate. Now, as in any waltz of this type the trick is in balancing who is leading and who is following. I would submit that recent history has shown that the corporate interests have been allowed to lead. I personally agree with the author that the balance of power must be shifted so that the government is in the lead.

Now, the devil is in the details. How exactly does one “break the financial oligarchy” without killing the patient, as it were?

I think the whole crisis was manufactured. The next pahse (hyperinflation) will allow the rich to buy up real estate and fixed assets for nothing.This was done in Germany, in the days of the Weimar Republic. Read Max Schapiro (“THE PENNILESS BILLIONAIRES”); and the rich will wind up being super rich. Of course, the working calss and middle class will suffer mighti;ly, but who gives a damn about them?

I had read and agree with the article. As they say in the opening paragraph: “And if we are to prevent a true depression, we’re running out of time,” it might be better for the US in the long run if the depression is to come; I don’t think there is really any other way we can break the hold the oligarchs have on the system.

America has become more and more like a third world nation in the past twenty years, in my opinion. We have a widening gap between rich and poor; the middle class is vanishing; the poor are essentially on their own for things like health care, getting themselves out of the way of natural disasters and increasingly security; and during the invasion of Iraq, our president actually dressed up in a military uniform like some banana republic dictator.