I started at the Lewis Research Center, Cleveland, Ohio, NASA in late 1964 as an apprentice technician. During our 4 year school/work program we rotated to a different lab every 6 months. My first assignment was on the SNAP 8, the Space Nuclear Auxiliary Power program to develop a nuclear powered turbine system for satellite power. My second assignment was in Building 301, the Electric Propulsion Lab.

The Center embraced this new technology and built building 301, The Electric Propulsion Lab. At the heart of this facility are the two large high vacuum chambers. Tank 5 is 15 feet in diameter and 60 feet long. Tank 6 is 25 x 70 feet. They can operate at 10 -7 Torr. The tank walls are lined with a ‘cold wall’ with radiator panels cooled by liquid nitrogen (or helium if needed). 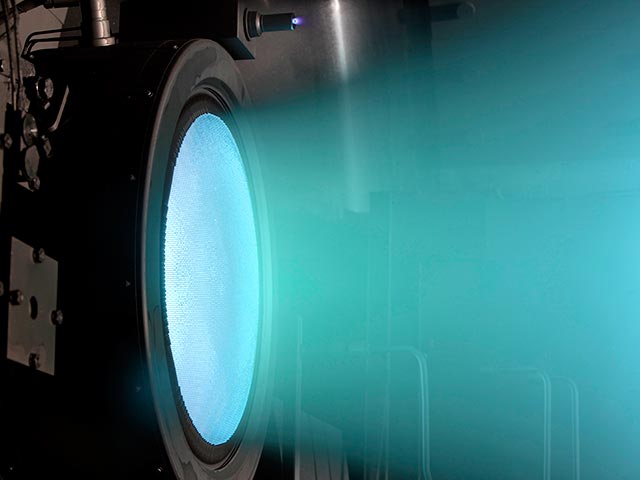 The Electric Propulsion and Power Laboratory (EPPL) supports research and development of spacecraft power and electric propulsion systems. The staff of

In 1965 we were testing an MPD thruster in tank 5. It was a small thruster using xenon as fuel. The thruster hung from four thin metal strips so it could swing back under thrust. To get the considerable electrical power to the engine there were copper rods on the under side that dipped into mercury pools. This allowed full movement of the engine while still maintaining contact.

To measure the small amount of thrust a string was attached to the front of the engine holder. It ran over a pulley and hung down where a small weight pan was installed. A stepper motor could sequentially add tiny weights to the pan. They were aluminum discs about the size of a dime. When the weights pulled the thruster back to its neutral position the engineers knew they had balanced the thrust and how much it was.

As part of the testing, the engineers placed a liquid cooled electrical coil about 6 feet out from the thruster. The beautiful violet exhaust plume could be manipulated by the electrical/magnetic field. I really don’t know what the original purpose of the coil was. But by reversing the field they could either attract or repel the plume. It was quite interesting to watch through the viewing ports. Then, they had the idea to turn the coil on its side. This created a relationship between the coil and the thruster that allowed the plume to follow the path of the magnetic field in a manner that mimicked the Earth’s Van Allen belts. Science!

They tweaked the coil power and the thruster until the simulation was perfected. At that point we acquired a cheap cardboard globe and installed it around the coil so it really looked like the Earth. The final view was spectacular. Either the National Geographic or Scientific American was scheduled to film the test but I don’t know if was something ever published.

At any rate, the photos made it onto the internet: For an 18 year old lad this was the coolest thing I had ever seen! Across the huge vacuum tank room at the EPL a 1 meter mercury ion engine was under test in Tank 6. I loved watching that unworldly blue glow. I will say that the look of an ion engine under power is one thing the science fiction writers got correct. 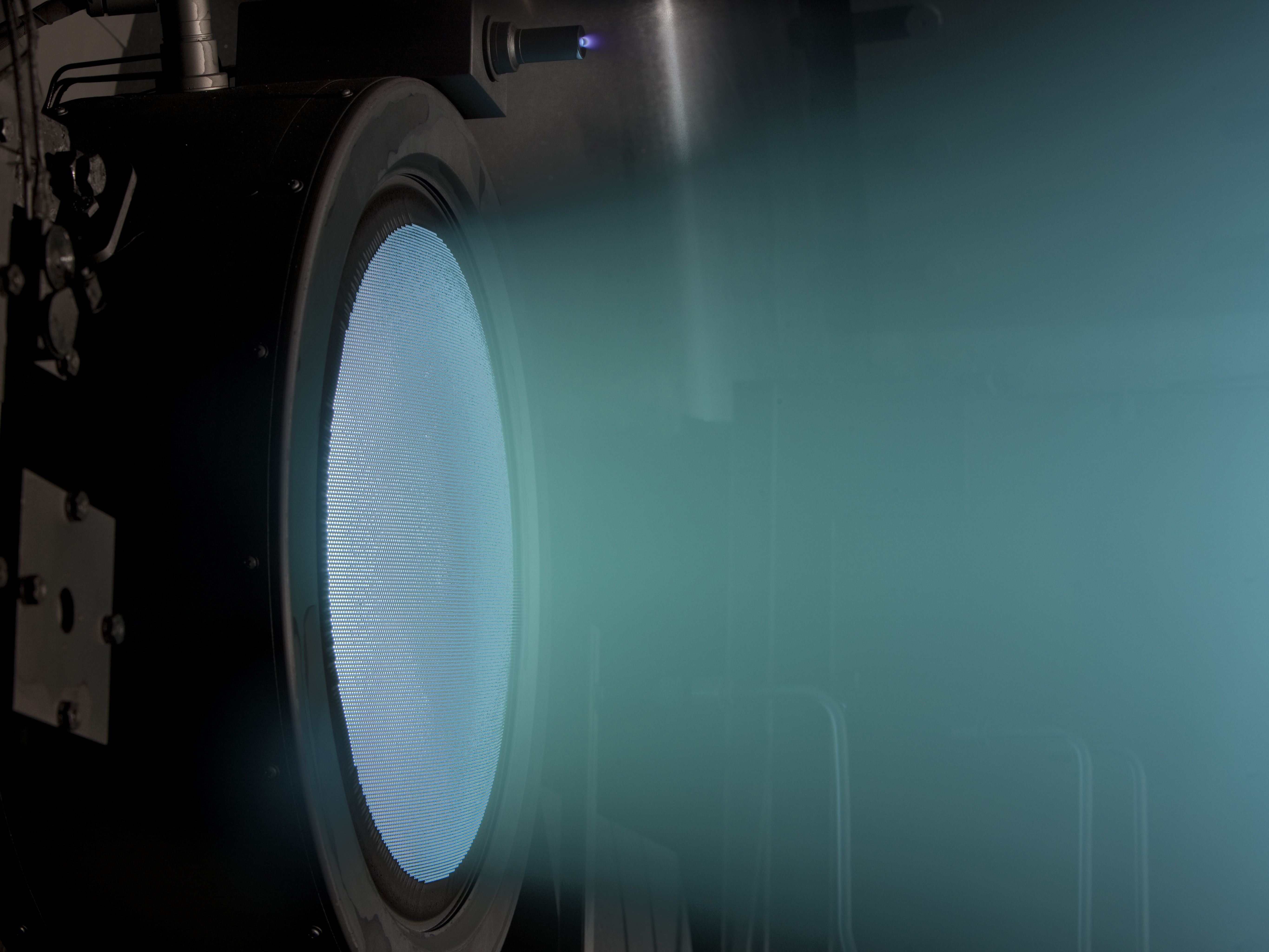 I was so thrilled by the xenon thruster test that I grabbed copies of the daily photos and I still have them:

https://i.imgur.com/NciKmSk.jpg The thruster by itself.

https://i.imgur.com/fnIy0NR.jpg The first time the Van Allen belts were simulated.

I’m surprised they used a balance to measure the thrust - wouldn’t a strain gauge have been more accurate? (I assume that accurate low-force strain gauges were common in 1965).