The Evolution of the Horseshoe Crab

Apparently the horseshoe crab is about 450 million years old. So are we to understand that very long ago it evolved to be perfectly suited for its environment, and despite changes to the environment over that time no further evolution was advantageous? 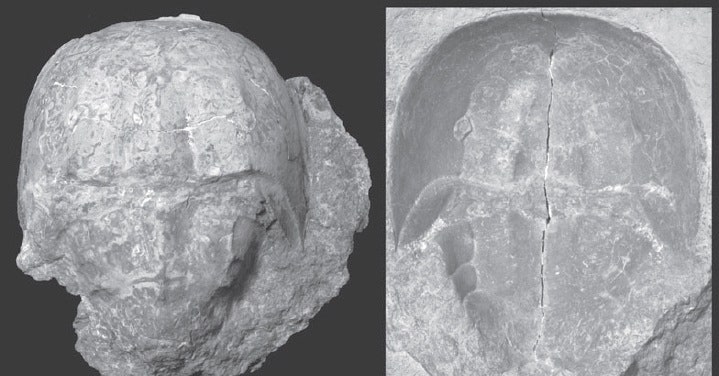 Horseshoe crabs look as if they belong in another era. Their rounded cephalic shields recall the long-extinct trilobites, and the arrangement of legs and book gills beneath their protective carapaces certainly give them an archaic appearance. No...

But the idea that horseshoe crabs have not changed at all in millions of years is a pernicious myth. These are not creatures that evolution has left behind. The modern species I saw strewn across the Delaware beach - Limulus polyphemus – is not found in the fossil record, and the genus to which the Atlantic horseshoe crab belongs has only had a tenure of about 20 million years.

Really, the problem is with the biased and anthropocentric notion of “kind”. We like to sort things, and so we sort animals into “kinds”. But “all those [del]people[/del]animals look alike”, and so the “kinds” for animals closely related to us tend to be very fine, and those for less-related animals much more broad. For instance, we think of dogs, cats, and birds as “kinds”, even though birds are as broad a group as mammals, and then we think of fish as another “kind”, even though the fish are far more diverse than birds and mammals combined. There’s no one animal that’s “the horseshoe crab” which has been around for all of those nearly half-billion years; rather, there has always been some sort of horseshoe crab or another for all of that time, but it’s been many, many different species of them.

There certainly are taxa that have maintained stable morphology for long periods of time. But bear in mind that this only relates to the parts that fossilize, i.e. gross anatomy and some other aspects of physiology that may be inferred. But there may have been changes that cannot be discerned from paleontology - to metabolism, for example.

Also, it’s not correct to say that there has been no evolution or natural selection. No evidence has ever been found for absence of molecular evolution (DNA sequence evolution, most of which is neutral). And since constant mutation creates a tendency to genetic drift, there must be stabilizing selection to maintain morphology. A living fossil is an extant taxon that closely resembles organisms otherwise known only from the fossil record. To be considered a living fossil, the fossil species must be old relative to the time of origin of the extant clade. Living fossils commonly are of species-poor lineages, but they need not be. Living fossils exhibit stasis over geologically long time scales. Popular literature may wrongly claim that a "living fossil" has undergone no significant evolution since fossil times, with pr...

Really, the problem is with the biased and anthropocentric notion of “kind”.

Now you are delving into the science of Baraminology…

It is not as crazy as it seems.

If the form is successful there is no evolutionary pressure to evolve. Which is to say these crabs certainly have mutations like any other species but if none of them provide a survival benefit over “normal” horseshoe crab then the mutants will die out and the original will carry on.

It is unusual for a design to last for millions of years but it happens (think alligators). Some things never go out of style, even in nature it would seem.

The first time I caught one of this on a casual fishing from pier in Florida, I freaked out. It looked like the creature in the movie : Predator.

Which is to say these crabs certainly have mutations like any other species but if none of them provide a survival benefit over “normal” horseshoe crab then the mutants will die out and the original will carry on.

This is not correct.

If the gene mutation is viable but confers no survival benefit or disadvantage then the gene benignly, gradually spreads through the population.

If, say a few 10s of millions of years after the mutation occurs a change in environment causes the mutation to be a advantage or disadvantage then it’s prevalence will change.

In the case the mutation become adverse, if it is a recessive gene it will continue to persist in the population even if lethal for any homozygous offspring.

For some reason, I’m reminded of Vogons. Didn’t they reject evolution too?

For some reason, I’m reminded of Vogons. Didn’t they reject evolution too?

I think it was more that evolution rejected them as too worthless to operate upon. The brain, as I recall, was formed from a “dyspeptic liver”, which for a toss-off quip is actually quite reasonable. (The chordate brain is thought to have been formed as an extension of the intestine.)

Anyway, morphological similarities can be maintained across a continuum of species even as genetic drift and mutation occur because of the lack of selective pressures to change size and characteristics. This doesn’t mean that creatures are static from a genetic sense and could interbreed across eons, although without selective pressures the radical saltation seen in the fossil record for most terrestrial species is less likely to occur. The horseshoe crab-looking creatires of 450 mya are ceetainly not capable of breeding with those extant today.

The chordate brain is thought to have been formed as an extension of the intestine.