The Eye (Poem by Robinson Jeffers) 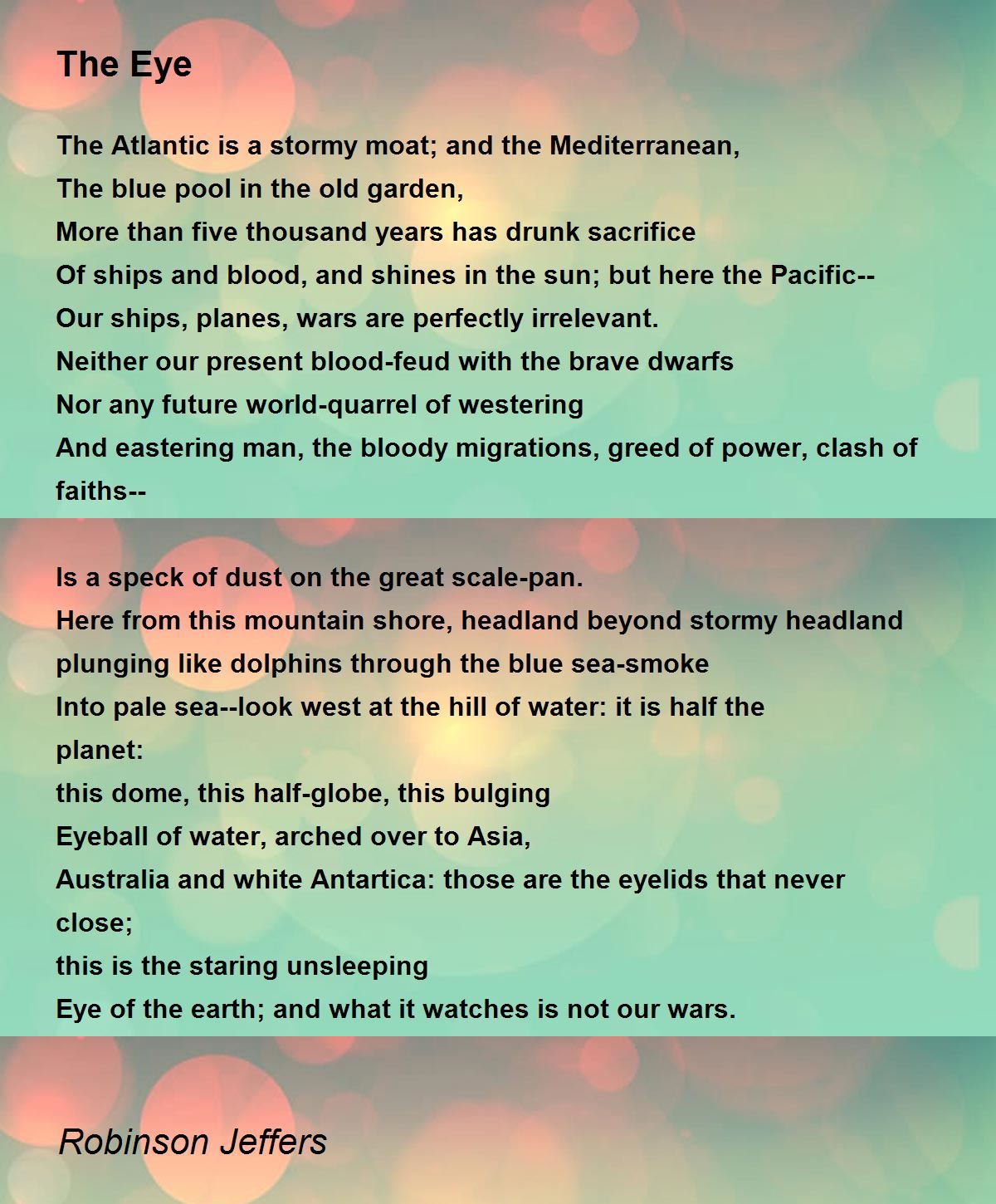 The Eye by Robinson Jeffers - The Eye Poem

The Eye Poem by Robinson Jeffers. Read Robinson Jeffers poem:The Atlantic is a stormy moat; and the Mediterranean, The blue pool in the old garden, More than five thousand years has drunk sacrifice.

Neither our present blood-feud with the brave dwarfs
Nor any future world-quarrel of westering
And eastering man, the bloody migrations, greed of power, clash of
faiths–
Is a speck of dust on the great scale-pan.

I studied this poem in Eng Lit class when I was a child. There’s something I’ve always wondered:

Who or what are the brave dwarfs?

(when was the poem written?)

I don’t know. I’ve searched bur can’t find the answer to that.

Since he refers to the Pacific, I would assume the Japanese; however, the poem is apparently from 1948, and so post-dates World War II.