The Future of Wearable Tech?

There have been a lot of articles recently about Wearable Tech, but to me it mostly seems to be gimmicks with little value.

Anyone have any thoughts on where it is going and what types of wearable tech would be significantly useful to lots of people?

I don’t know what the future is, but I absolutely love my Pebble.

I remember several years ago thinking a delivery guy was very cyborg-like.

He had a bluetooth earpiece with the cool blue light, the heavy keypad/signature plate gizmo with a curlycord running to his hip-holstered receipt printer.

Today we can add to these the Pebble wristwatch Lightnin’ mentioned, GoogleGlass, iPod hooked at lapel, heartrate monitor strapped to upper arm for the athletic-types, some folks have pedometers on their belt loops.

It will BECOME useful .

Showing my age here but I remember when Cell/mobile phones first came out and everyone said that they weren 't really needed.

Now people will ring up for a chat if they’re bored , locate companions they strayed from in big stores and IME are used instead of doorbells/knockers to alert friends that you’ve arrived.

Nowadays I go into a cold sweat if i forget my phone when I leave the house .

Augmented reality, which will be good and bad. It’ll be terrible from a privacy POV. Every person you see you will be able to dig up their entire online persona just from facial recognition software. All the stupid stuff you posted online in the 90s will be available to everyone who sees you in person. You go to walmart and a bunch of kids will be laughing at you because you said something stupid 20 years ago and they are reading it.

Augmented reality will be kindof useful though, like a wikipedia overlay over your real life view.

Aside from augmented reality (which is the next big thing in personal electronics in my view), there will be much better medical diagnostics via personal electronics. People will measure their BP, blood glucose, sleep patterns, and other health parameters on a 24/7 basis.

Another aspect of augmented reality is improved socialization. There was a short blurb a few years ago about a small electronic device people used when doing speed dating. The device could measure levels of interest based on things like voice tone, inflection, etc. And just by using voice it was able to give people a good idea who liked them and who didn’t. Imagine you are talking to a girl and the augmented reality display says ‘she doesn’t like you’ then you talk to another and it says ‘she likes you’, then you know which one to keep talking to and which one to avoid. Augmented reality will be constantly giving you feedback about the emotional states of others (this person is angry at you, this person is sexually attracted to you, this person is in pain, this person is sad, etc). It will make socializing a lot easier for people who can’t pick up on clues.

Even now, you can get a pretty good idea on a person’s sexual orientation and political beliefs just by looking at facebook (even if they don’t mention these things directly) based on who their friends are, etc. So it’ll be much harder to keep secrets, or hide your emotions and motivations from others.
So:

Just heard about this: 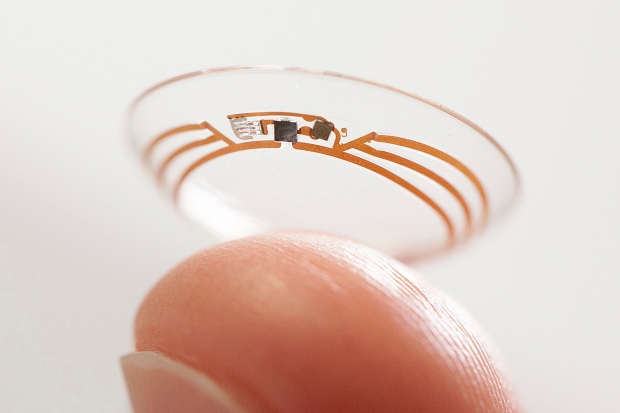 Google unveiled Thursday a contact lens that monitors glucose levels in tears, a potential reprieve for millions of diabetics who have to jab their fingers to draw their own blood as many as 10 times a day.

Medical monitoring seems like a very useful line of innovation.

Augmented reality, which will be good and bad. It’ll be terrible from a privacy POV. Every person you see you will be able to dig up their entire online persona just from facial recognition software. All the stupid stuff you posted online in the 90s will be available to everyone who sees you in person. You go to walmart and a bunch of kids will be laughing at you because you said something stupid 20 years ago and they are reading it.

But if a majority of people have posted stupid things online at some point, then you wouldn’t really be a laughingstock. Probably, after a while, the fun found in scrolling through embarrassing posts and such will wear off, simply because it’s near universal.

Here’s a useful application: Skully Moto Helmets. Truth be told, I’d prefer something like Googleglass for a removable visor, though, rather than having to replace my helmet to upgrade or pay for all the tech multiple times.

Wearable Tech… mostly seems to be gimmicks with little value.

That’s what any technology looks like in the early stages.

It’s definitely going to be medically relevant. My mom asked me the same question when I told her that the advent of the smart watch is a whole new sector for Apple/Google/etc. to explore. The fitbands right now are a start but I’m sure that Apple is going to refine the hell out of it. Heart rate, pedometer, bloodless glucose sensor (optically IIRC), sleep cycle monitors, THAT’s what wearable tech’s benefit is. Having the last 30 minutes of your life recorded is gimmicky. The medical stuff is sure-fire.

If the wearable tech is built into my trousers for example, what if I accidentally get part of my trousers stuck up my butt? Would Microsoft have a solution for it?