The hardest thing to give up

Sorry, I did think about a spoiler alert, but this is a landmark classic movie from 80 years ago, and very well known.

It’s not like it’s a recent or obscure movie. It often appears on lists of the greatest films ever made.

I thought it would be like putting out a spoiler alert for Star Wars, “Luke, I am your father.”

I loved my first car. Mostly because it meant freedom, and I would sometimes just take it out on back country roads. I was reading Larry Niven at the time, where one character would take off in his “singleship” for long adventures. So it was my singleship, until it got totaled (and I should’ve been, too; it’s amazing that I’m still here).

Fast forward to last week (almost fifty years later), and I saw a nice looking orange Ford Fiesta ST on Craigslist. And I thought, “Wouldn’t that be something if my first and last cars were both orange Ford Fiestas?”

I get what you’re saying and maybe Robby didn’t mind you posting a summary with reveal. But it was in reply to his postscript saying he’s never seen the movie, then you posted the spoiler So yeah it’s easy to blur it out. Just a thought thanks.

‘Old Blue’. A checkered light blue/dark blue kind of “jack-shirt”. Wool on the outside, light quilted inner liner, and snap type buttons. Had it since the early 1980s. Versatile, comfortable, and it’s…well…me. One of the elbows is wearing through though. Had a sit-com type of tug of war with my girlfriend whereby she wanted me to get rid of it, presumably to outfit me in a polo shirt and dockers or some shit, and my refusal to part with it. It remains in my closet, under vigilant guard.

I’m 60 and have had my stuffie “kids” for over 34 years. Longer than my time with my Dad, longer than my relationship with my ex-girlfriend with whom I got them with and longer than any friendship I’ve had. They still stay on the bed with me, but now they’re in a pillowcase for quick evacuation in case of a disaster. They’re the only thing I would carry out and with me wherever I went.

Years ago, I had a big argument with a friend who said I should get rid of them. I said I’d kill her or anyone else that tried to take them away. I’m less attached to their physical presence now, since I haven’t looked at them for years. But if I saw someone walking away with them, I’d put up a good fight!

I have to get around to making a will, but my instructions will include cremating them with me.

I get what you’re saying and maybe Robby didn’t mind you posting a summary with reveal. But it was in reply to his postscript saying he’s never seen the movie, then you posted the spoiler

But he’d obviously googled it already and found out that the sled in the movie was called rosebud, otherwise he wouldn’t have posted that. So there was nothing further to spoil, anyway.

And it’s not like knowing that actually spoils the movie either.

I have a couple of car stories that fit here. First, my Datsun Nissan Sentra Diesel. The previous owner had the water pump go bad which broke the timing belt which allowed the valves to meet pistons. I got it for $350 with the engine torn down. I rebuilt it for maybe another $400 in parts and machine work. I drove it for eight years, through a marriage and divorce, and seven moves. It got accordioned between two Chevy pickups one afternoon. I got $1100 for it from the guy’s insurance, but that car was irreplaceable by then. It was an '83 model and the wreck was in '98, Nissan never sold many diesels in the U.S., and the only possibly available “equivalent” would have been a VW Golf/Rabbit and they suck compared to the Sentra.

The other was a 2013 Elantra GT with every option except an automatic transmission. It was ended when a girl turned left in front of me while I was going 40 mph. I scoured the internet for one like it. I found one, over a thousand miles away.

That is some homourless dry spoiler! Still I think robby should watch the movie some day. It really is quite good IMHO.

Too late to edit: I see somebody has already mentioned this, please take it lightly!

I would think breathing is the hardest thing to give up. You can take my breath over my dead body.

Pretty much the only two possessions I own, which actually “own me,” are poster-sized maps of Middle Earth and Earthsea, drawn in colored pencils, by my sister. I’d rescue them from a burning apartment…

People doing oral history will often bring artifacts, or ask the interviewee to select one they have, to help with memories and recollection. I have a miners’ candleholder that one old miner took in his hand and said he’d never used one, but remembered an old-timer who talked about using them, and that opened a flood of memories.

Part of Mary Kondo’s decluttering advice is to thank objects for their service before discarding them, and I get that. We do make attachments to things, and no rational analysis is goo;g to change that.

I have been unable to give up my 25 year old mountain bike, a Specialized Rockhopper A1 Comp. I’ve tried to replace it twice, once with another Rockhopper and then with a Trek, but neither one “did it” for me. Neither one was as fun to ride, and the Trek was nothing but trouble with multiple issues and return trips to the bike shop. I just wish I had used the $750 spent on the Trek to get my old Rockhopper a new paint job.

I have been unable to give up my 25 year old mountain bike, a Specialized Rockhopper A1 Comp.

I had the same bike and did give it up to a good friend of mine. Even though I went back to road bikes, I’ve missed the Rockhopper ever since. I remember my last ride on it was picking my way through a boulder covered trail in Bolton, VT. Went over the bars twice and still laughed my way all the way down.

Back in about 1987 I was talking to a woman who was beside herself because she’d had an accident in her 1979 Mazda. Because of its age, although the damage wasn’t horrendous it was “totaled,” so insurance handed her a check rather than fixing it.

What caused her grief was the loss of the car. Nobody was hurt, it wasn’t her fault, the insurance covered its value, etc. No, it was that car. She loved that car. And she wasn’t poor. She could buy a newer, fancier, nicer car, but she didn’t want anything but that car. She could have gone on a quest for another 1979 Mazda—nope, that particular one was hers.

I don’t think it was her first car or anything. In her eyes maybe it had witnessed her life, a constant through ups and downs. For her it was like losing a prized pet or maybe even a family member.

There’s a scene like this in the movie The Motorcycle Diaries, in which the protagonists are traversing South America on a motorcycle. It’s been a long time since I saw it, but IIRC there’s a scene where the motorcycle has broken down beyond repair; they are forced to get rid of it - and they are in tears as they part company with this machine that had been with them on the entire journey.

I sympathized with that scene. In ten years of riding, I had racked up well over 130,000 miles on my first bike, and it was becoming too unreliable to take on long road trips anymore, so I sold it. We had been through a lot of adventures together, and I was indeed a little sad to see it go; I suppose I might have been sadder if I had watched it being hauled off to a scrapyard instead of being ridden away by a happy new owner.

I was sadder about my car, a G37 which I totaled it due to some major stupidity on my part. Purchased brand new, it was the nicest car I had ever owned, and it was unique; by the time I crashed it, Infiniti was no longer making any car with a manual transmission, and I didn’t want to buy someone else’s used car. I only had a few years with that car - not a decade like I had with my bike - but I was plenty sad to see it go. Not sure if I’ll ever have another manual.

There’s a scene like this in the movie The Motorcycle Diaries, in which the protagonists are traversing South America on a motorcycle. It’s been a long time since I saw it, but IIRC there’s a scene where the motorcycle has broken down beyond repair; they are forced to get rid of it - and they are in tears as they part company with this machine that had been with them on the entire journey.

This reminds me a little of Trigger. IIRC there was something on TV that said Willie tried some newer, fancier, “better” guitars but…nah. He knows this one. 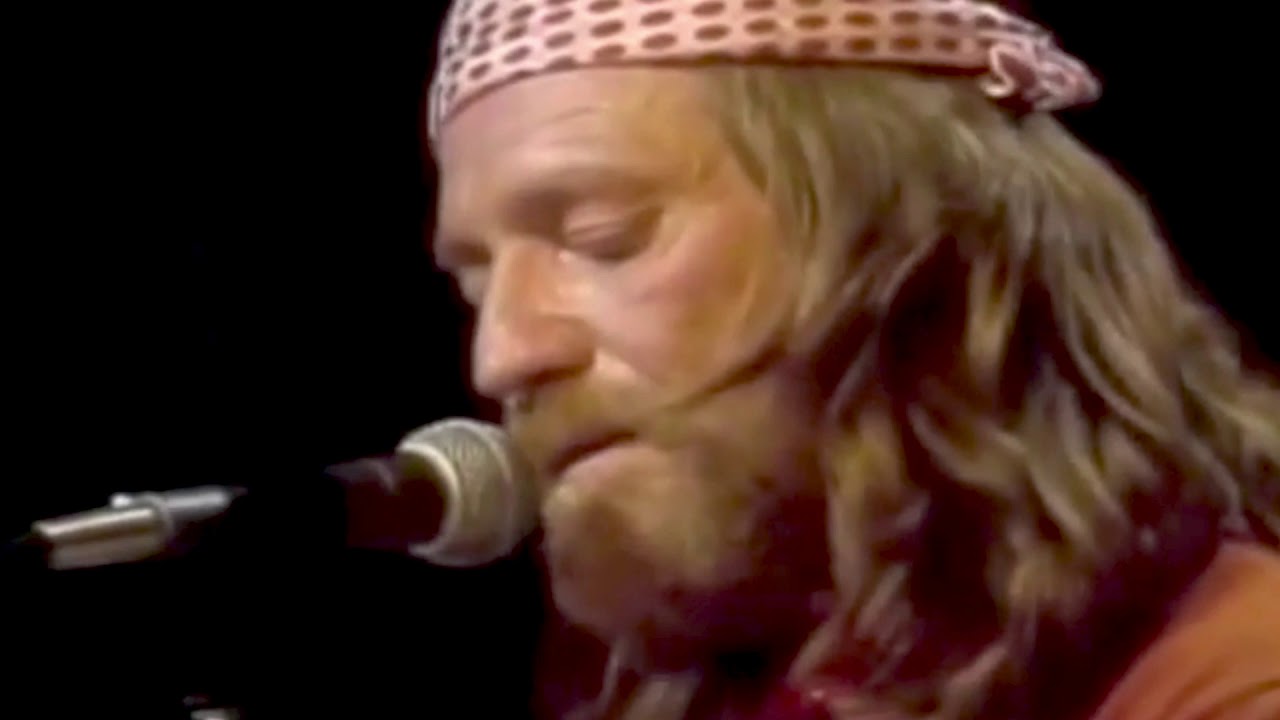