How much shelter, food, and water?

Tarps mounted on poles, heating based on climate, bags of rice and beans, and jugs of water?

Does “need” scale with localized cost of living?

“Need” is a moving, variable, and subjective target. In fact, I’d suggest that “living wage” is just a particular perspective on “need”, no less legitimate than whatever your definition is.

Anyways, I just find it odd that Marx and JFK would be considered heartless conservatives based on their expectation that folks participate in society and don’t just take from society.

They would be? Are they? Who is suggesting that either of them is a “heartless conservative”? Who has stated the expectation that people “just take from society”?

(Hint: they raised starting wages by 50% or more.)

What sort of Wizardry is this?

That’s not price control. That’s a limit to what the government is willing to spend. Physicians aren’t obligated to deal with Medicare.

It is illegal for a physician to charge more than a set amount (115% of the Medicare rate) for patients that have Medicare, regardless of whether said physician agrees to participate in Medicare.

Physicians don’t have to accept Medicare patients to begin with so that’s pointless. 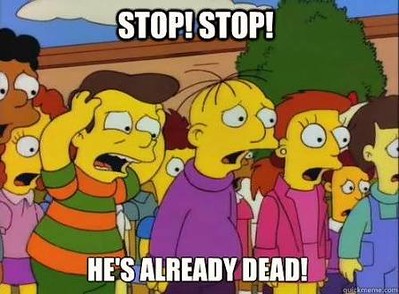 So, if I choose not to spend $60,000 on a car that means that car dealers are subjected to price controls? I’m not following your logic.

Can we dispense with the notion that the “labor market” as conceived by conservatives, libertarians, followers of Ayn Rand, and others isn’t complete bullshit? It’s largely based off of the simple supply and demand diagrams for perfectly competitive markets everyone is taught in Econ 101 to explain the basics of market forces. And people end up extrapolating it to believe that “more money = my skills are valuable to society / less money = lazy POS”. These simple charts do not address the reality of the various nuances and complexities of an advanced economy. And this thinking is simply a form of elitism that let’s people believe that because they had the fortune to go to the right schools and land the right sort of job, they are somehow inherently “better”.

On that subject, is Newton’s first law bull shit because weather is unpredictable? Just because a system is complex and multi-variate does not mean that underlying principles are invalid. It’s weird that underlying scientific principles are handwaved away when convenient yet clung to when convenient. The so-called party of science shouldn’t be so inconsistent with economics, biology, etc. out of ideological considerations.

What sort of Wizardry is this?

Supply and demand… which supposedly is a hoax with regards to labor.

But it can’t be true. A single man at 18 living with 2 roommates has a much lower cost of living than a single mother with 7 kids. Should an employer pay them the same? What if the 18 year old has a preference to spend all of his spare time in strip clubs so his costs are through the roof?

Or I suppose you could work for a company like the one where I worked in my early 30s that subsidized their employee’s strip club activities.

So, if I choose not to spend $60,000 on a car that means that car dealers are subjected to price controls? I’m not following your logic.

The answer is no, but as far as I can tell the question is a total non-sequitur.

Well, it isn’t. A provider unwilling to pay above a certain amount is not an industry wide price ceiling or floor. Minimum wage is a price floor. At least an official one. Medicare is not a price or wage ceiling.

Supply and demand… which supposedly is a hoax with regards to labor.

It exists, but it certainly doesn’t care if you sleep on a bed or draped over a rope with 10 other guys.

Some tweets I just saw on the topic. 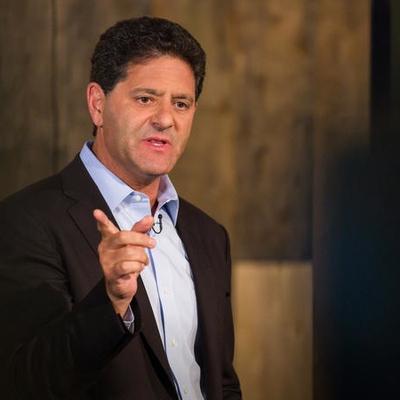 THEY’RE HIRING: Chattanooga businesses say they need help, but can’t find the employees to work for them. Rib & Loin says they had to close their in-house service today because not enough people showed up to work. Businesses say the hiring problem has gotten worse since covid. pic.twitter.com/rsTxcahZVR
Max_S May 5, 2021, 10:09pm #292

A provider unwilling to pay above a certain amount is not an industry wide price ceiling or floor.

Sorry, octopus, I’m just not making the connection. I also think we’ve gone on long enough about what is or isn’t a price control, it’s not really relevant to the topic at hand.

On that subject, is Newton’s first law bull shit because weather is unpredictable? Just because a system is complex and multi-variate does not mean that underlying principles are invalid. It’s weird that underlying scientific principles are handwaved away when convenient yet clung to when convenient. The so-called party of science shouldn’t be so inconsistent with economics, biology, etc. out of ideological considerations.

Well, it’s kind of bullshit if you try to predict complex weather patterns based on a high schooler’s understanding of Newtonian physics.

I also think it’s weird that the “free market” always seems to disproportionally benefit the people who write the laws of physics.

Oh and FYI, not everything should be subject to the “free market”. There’s a reason we don’t leave services like roads, schools, police and fire departments up to market forces. But then again, the so-called party of anti-science, fascist, racist, morons is very consistent when it comes to applying an ideology of laissez faire “survival of the fittest” capitalism to anyone who isn’t already part of the wealthy and powerful elite.

Right, but we aren’t talking about nationalization of Wal-Mart greeters now are we? And guess what? Physics still underlies complex weather, economics, biology etc. Just because precise calculations aren’t possible does not mean that underlying concepts are negated.

If supply and demand did not work with labor why is it that most working folks make more than minimum wage?

It depends on how you’re defining “underlying concepts”. A pretty major part of classical Newtonian mechanics is its predictive determinism. If you naively expect that you can deterministically predict a complex weather pattern on the simplistic assumption that “it’s all still just physics, man”, you’re going to be disappointed.

Refining an initial simpler model into a more sophisticated one, with various parts in which the simplified assumptions of the initial model aren’t reliably applicable, is a complicated and sticky business. That’s true even in physics, where the behavior of material objects is a lot more quantifiable than messy human interactions, and even more so in social sciences like economics.

You can’t just bullshit your way through those complexities by clinging to one oversimplified assumption and insisting that it has to apply consistently in all circumstances. That’s not how science works.

If supply and demand did not work with labor

Nobody here, AFAICT, is making any such naively oversimplified claim as “supply and demand don’t work with labor”. Labor markets are way more complicated phenomena than that.

In a fashion not unusual among modern conservatives, you’re insisting on excessively simplistic and crude misrepresentations of a situation because your arguments don’t work when they have to take into account the actual complexities of reality.

Right, but we aren’t talking about nationalization of Wal-Mart greeters now are we? And guess what? Physics still underlies complex weather, economics, biology etc. Just because precise calculations aren’t possible does not mean that underlying concepts are negated.

The application of Newtonian physics correctly depends on certain assumptions, such as nothing is moving at relativistic velocities. Pure supply and demand assumes equal power between buyer and seller. It doesn’t work for monopolies. And the labor market we’re discussing is a monopsony. Chain stores can tell what other stores are paying and, if the labor supply is not tight, keep wages low. No illegal collusion is involved. Even Silicon Valley companies set starting salaries as a percentage of starting salaries found in surveys of similar companies.
That falls apart when there is a shortage of labor, for whatever reason, or an increase in demand.
It might be from people getting unemployment benefits, it might be Amazon opening a warehouse. And I’ve read of some fast food franchises being forced to up their wages because Amazon pays $15 an hour.

Trying to get back to the thread topic, I ran across an interesting claim today. Some Chipotle restaurants are not deleting employees that have quit from their internal systems. This way, the store manager doesn’t look bad in the eyes of upper management for having an understaffed store.

I’d be interested in seeing the source of this claim, seems a bit odd.

Are they actually scheduling and paying them?

If not, then it’s pretty easy to see how many hours employees worked, and whether that meets staffing levels.

I’d be interested in seeing the source of this claim, seems a bit odd.

Are they actually scheduling and paying them?

It seems odd, I agree. But, I’ve seen all sorts of stupid shit in my life. And, I doubt that any higher ups drill down to the details of who is working the actual shifts.

Not sure how much stock I put in their speculation. Lowering turnover numbers is more likely, actually, but most likely is laziness or forgetfulness. I’ve had people in my payroll for months because I always forget about it until it’s time to put in payroll numbers, and termination is under a different section than payroll.

As far as hiding understaffing, it’s not like the higher ups need to analyze the schedule, they just look at a single number that indicates hours worked, and that would tell them if the store isn’t staffing enough.

And don’t forget that the primary job of the higher ups is to justify their jobs. They literally have nothing better to do than to micromanage the store managers. I’ve had hour long lectures from district managers about allowing 5 minutes of overtime.

From 2013, McDonald’s teamed up with VISA to show how an adult can budget to survive working @ McD’s, on minimum wage, 40 hours/week. 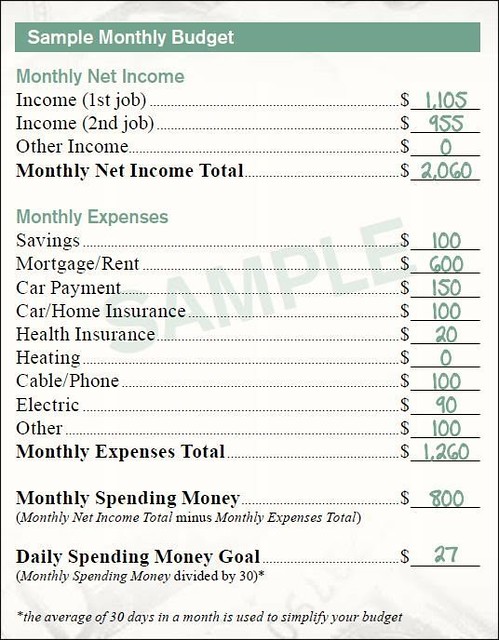 Anyone notice anything strange?

So, if both McD’s & VISA are both saying it’s impossible… 8 years ago… to even survive on one of these jobs, much less thrive, what is the debate here? These are shit jobs which don’t pay much and people can now find easier ways to earn $7.65/hour.

McDonald's Can't Figure Out How Its Workers Survive on Minimum Wage

In a financial planning guide for its workers, the company accidentally illustrates precisely how impossible it is to scrape by on a fast food paycheck.