The Mercatus Center is a Koch funded libertarian free-market oriented think tank and not an unbiased source.

I work in/for a county that has 4 major ski resorts and lots of recreational opportunities. Tourist central.

Many affluent people own second homes/condos here and rent them out part of the year. I think that a lot of folks that can tele-work have decided to work from their vacation home. I mean, why not?

This is just IMHO, but I think this is one of the reasons there is a seasonal worker shortage here. There’s no place to rent, and if you find a place, the price is even more ridiculous than a few years ago.

Another BIG problem is short term rentals, Air-B&B’s or what ever. Instead of renting for months, or a year. They are renting to people on vacation. And since the COVID lock down has mostly ended, people are out in droves.

While I live 15 miles from town, when I go into town I see more, and more, and more people milling about. And while it’s good for business, the businesses are struggling to serve them.

Another BIG problem is short term rentals, Air-B&B’s or what ever. Instead of renting for months, or a year. They are renting to people on vacation. And since the COVID lock down has mostly ended, people are out in droves.

Also, teleworkers can now work from anywhere are are renting up air-bnbs for a month at a time to explore the area while working. I have two coworkers that have been doing this the past year. Both are avid outdoors lovers and have done some long-term stays in places like Moab, Durango, etc. Work a bit during the day, hike and mountain bike in the evenings and weekends. And they both get paid plenty to be able to afford this type of lifestyle.

I’ve made it clear that I want to continue to work from home. Boss and Grand Boss are trying to consolidate the folks want to or have to come into the office into one space. Plenty of room. It’s all still up in the air. We have proven that we can work from home, and get more done.

I have a very nice cube at ‘work’. Corner office, great views plenty of room. Was told that Grand boss is looking at it for himself. TPTB do need a place to hang their hat. Works better for meetings and such. Whatever.

I have a great set up at home, there is no need for me to be in the ‘office’. Many don’t have a good set up for home office. Mines perfect. I did change over to Starlink for better internet and bought a new workstation. I’m good.

I am one of the lucky that the forced work from home was a HUGE benefit. I do feel for those that lost lives, jobs and sanity.

We had retirements where I work because those folks just didn’t want to deal with the extra effort and stress the pandemic caused. They would have stayed a few years longer, but were eligible for retirement and didn’t need the hassle.

My school district saw more retirements last year than they have ever seen in a single year before. Lots of teachers just said “Fuck it!” when faced with all the hassles of Distance Learning and the asshole parents in this redneck town who refuse all mask mandates. The teachers would rather retire a little early than mess with all that, plus retiring means they don’t have to be around the disease-ridden plague monkeys that children always are.

I’ve got a good friend who teaches Head Start. Doozy of a hard job at the best of times due to its nature, and with additional layers of difficulty both due to covid and due to some clueless administration.

She wasn’t, originally, going to retire until a couple years from now. And she’s still working. But she’s getting herself to work each day, at this point, only by telling herself that she can quit any day if it’s just too much. Somebody gives her too much crap on some given day, she’s likely to be out of there.

I’ve made it clear that I want to continue to work from home.

I’m one of the opposite. I was able to work from home and could continue if I wanted. But I like going into work (I have a very nice office with a great view). I have a short bike commute, and it breaks up my day. Before I was always home and felt always at work. I’m so glad to be back in the office. Maybe when we are ready to retire and move to a larger home with a dedicated office, I might consider working remotely for a while (yes, our retirement home is larger than what we live in now).

I’m hoping that people like you and I will balance things out. I do have a co-worker that would like to be in the office a few days a week. She really doesn’t have a good set up at home. My bosses boss home office is his kitchen table, no wonder he has his eye on my cube.

I have about a 100 sq. ft. office loft over our bedroom that keeps things separate for me at home.

Interesting to see 500 no shows among part time employees for the University of Texas’ football game. 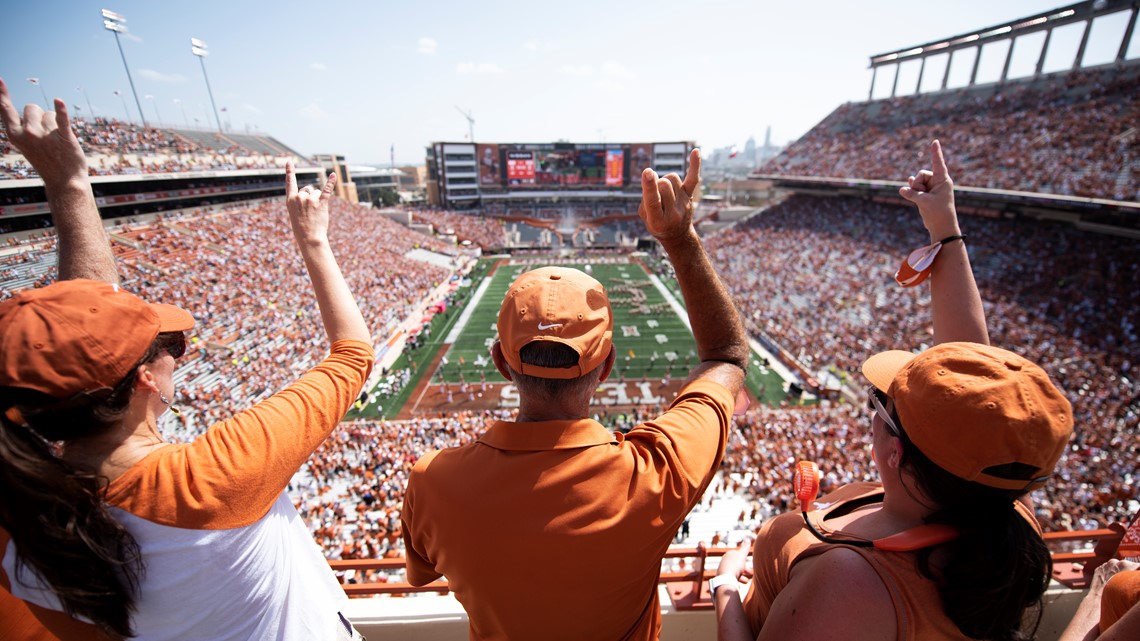 Del Conte said in the newsletter that the university had more than 500 part-time employees no-show for the game, which put a strain on gameday operations.

I wonder how much of it is due to the Governor’s fervent demands of no vaccine or mask mandates?

Earlier in the thread it was asked if other countries are experiencing this.

Britain is looking at potential food shortages because their agricultural workforce has dropped up to 34% in the past year. 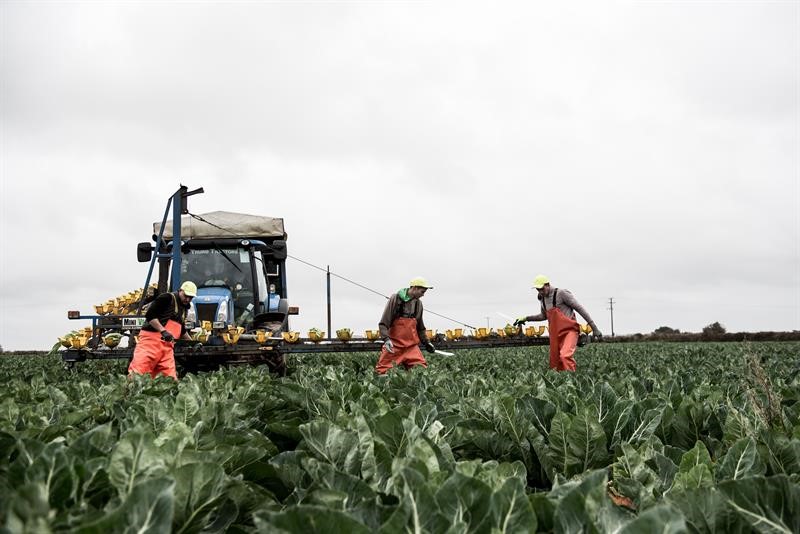 In a new cross-industry report, the UK food and drink sector is calling for a 12-month Covid-19 Recovery Visa to help alleviate the workforce shortages.

A good chunk is Brexit-oriented, yes. But Britain also has 1.6 million unemployed, so this will be an interesting test of labor market wage elasticity.

We will see. Hell, imagine if Britain has to impress school kids so they can harvest. Likely won’t get to that… it’s not WW2… but it will be an interesting winter regardless.

this will be an interesting test of labor market wage elasticity.

Such work requires good physical condition. Doing it at any reasonable rate of speed requires physical condition that’s trained for the particular work. And doing it without screwing up requires knowing how to do the specific job – can you tell when a melon’s ripe enough to finish ripening off the vine, but not ripe enough to rot in the bin and screw up all the others? did you know that how to tell varies with the specific variety of melon, and the tell for one kind can be worse than useless for another? And that’s one specific job and one specific crop – and some of those tells are body knowledge, such as how much pressure it takes on the side of the stem, that can only be learned with practice. Not to mention that a bad melon can ruin others in the bin, but ignorance of safety practices can ruin or end a life.

British agricultural work is based on migrant labour. Low wages with everyone housed in shared on-site cabins (the cost of which is deducted from wages), temporary seasonal work, often just a few weeks at a time. The low wages might be fixable, and the benefits system is actually somewhat more flexible so that you can take on short term work then go back on benefits if nothing long-term is available.

But anyone who has rent to pay will still need to pay rent for the few weeks they get that work (for multiple reasons it almost always just would not be a good idea to give up your home for eight weeks) - so that reduces those low wages to, sometimes, less than zero.

It’s no good for parents or anyone with caring responsibilities. Or anyone with physical disabilities or many types of autism. There’s never any public transport that could realistically get you to the farm. The farmers do sometimes provide a shuttle bus from nearby large towns - some of them are doing that now - but that’s still a limited pool of people, and a lot of them don’t want to do that because their budget is based on tiny wages with an on-site housing deduction, not a normal minimum wage with no deductions and the cost of a shuttle bus.

There just aren’t enough suitable people living close to those areas that they can just drive in to work. The people that can drive and have a car, live nearby, aren’t disabled, don’t have caring responsibilities (or have free childcare), etc, probably already have jobs.

And yep, it’s more skilled than people think it is.