The New Coke fiasco, and the current standing between Coke and Pepsi

I think both coke and pepsi taste like malted battery acid, but I came in here to ask a question:

I think both coke and pepsi taste like malted battery acid

The carbonation, I would assume. Lets you belch out the Star Spangled Banner.

Got it in one!

When I eat out and ask for a Coke, it’s rare that I’m told “we only have Pepsi.” I rarely see a convenience store soda fountain with Pepsi. Is this just a regional thing in Texas skewing my perspective?

It seems to be about 50/50 where I live (Western Washington, the Puget Sound area).

Note that Yum! Brands, which includes such restaurants as Pizza Hut, Taco Bell, and KFC, was created by Pepsi. Pepsi actually owned Pizza Hut as far back as 1977, so you’d only be getting Pepsi products at any of their restaurants, as well as any other fast food restaurants under that umbrella.

Pepsi hasn’t owned those restaurants since the late 90s, but I believe their supply chain is still intact so if you eat at any of those places, you’re probably getting Pepsi. I know that’s the case around here at least.

Because Coke wants to teach the world to sing?

I tried looking that up, and different sources give wildly different numbers for the market share of each, but all seem to agree that Coke’s share is about twice as large as Pepsi’s.

I once read that Pepsi sold more bottles and cans in stores and the like. But Coke had enormous dominance of captive consumers in restaurants, stadiums, airplanes etc. etc., such that overall they sold a lot more product.

(One might think the two ratios should be the same. But I think the vast majority of people don’t care all that much about Coke vs Pepsi, and Coke’s long term relationships trump the small preference that people had/have for Pepsi.)

But I don’t remember when I read this and have no idea whether and to what extent this might be true today.

I have worked in corporate jobs in drugstore, big box and supermarket chains (large ones the cover most of the US) for the last 30 years, and I don’t think there has been any time in any of those channels in any major region where Pepsi has outsold Coke in bottles and cans.

I’ve heard this claim that Coke is only #1 due to fountain sales many times, but not by anyone in the consumer packaged goods industry.

I might be wrong, but al least in the places I have worked Coke has been the #1 SKU in carbonated soft drinks by major format (2 liter, 12 pack can and 6 pack bottles) everywhere and all the time.

I didn’t try and look it up, just a WAG. That’s surprising if true…twice the market share would be a huge lead for Coke over Pepsi.

I don’t think so. Pepsi has been so successful at promoting Coke vs. Pepsi that few people understand how much of a number two they are.

Isn’t Pepsi the leader outside the United States?

I don’t think so. There are countries where Pepsi is ahead (India and Pakistan are the biggest I believe), but Coke is ahead in China, way ahead in all of Latin America and most of Europe and Pepsi isn’t even sold in Indonesia.

It’s been analyzed and discussed that The Pepsi Challenge really did confirm the public’s preference for the sweeter taste of Pepsi and Coca-Cola (the proper name for the company) knew it. Their own taste tests confirmed that the sweeter New Coke was preferred over what would become Coke Classic.

In addition, Coke was losing market share (which they would rebound from after the release of Coke Classic), particularly to Pepsi.

What Coca-Cola didn’t expect is that nostalgia and brand recognition trumped taste, and forced them to bring back Coca-Cola Classic. What many people don’t remember is that New Coke (marked as just Coke in some markets) continued on as Coke II until 2002.

From a young age, I preferred Coke over Pepsi, finding Pepsi too sweet and less carbonated. When I was young, you could buy a 8 or 10oz (not sure which) bottle of Coke for 12 cents for a 12 or 15oz bottle of Pepsi for the same price*. Only if I was extra thirsty, I’d always buy Coke. As an aside, a bottle of 7Up was 7 cents. But that was reserved only for when I didn’t have enough for a Coke or Pepsi.

*This was Pepsi’s first battle against Coke. “Pepsi-Cola hits the spot,Twelve full ounces, that’s a lot, Twice as much for a nickel too. Pepsi-Cola is the drink for you.”

**I used to drink at least 6-12 cans every day for decades. Getting the jitters if I didn’t have one every few hours. I often had to drink a can just before bed in order to sleep.

I gave it up completely, 20 years ago to prove my unrequited love for a woman. In the past 20 years, I’ve only had Coke or any cola once. Because I had to finish a friend’s rum and Coke that she didn’t want to go to waste.

According to Statista, Coca-Cola (the company) dominates with 44.9% of the market, while PepsiCo had 25.9%. Note this includes all product lines.

Beyond this, numbers aren’t readily available, especially when it comes to defining what is Coke and Pepsi. Do you count Diet and flavored versions or only the original formulas?

Another thing to consider, as the OP asks about the “current standing” between Coke and Pepsi, is that, in the U.S., at least, sales of traditional carbonated soft drinks – particularly the sugared versions of them – has been on a steady decline for the past two to three decades.

Consumers (and, in particular, younger consumers) have increasingly been opting for other choices: coffees, teas (both hot and cold), energy drinks, bottled water, flavored waters, etc.

Fun fact that most people probably don’t know–for those of you who buy bottled water, Dasani is owned by Coke, and Aquafina is owned by Pepsi.

Coke is the worldwide market leader, and has the lead in the vast majority of companies. The Middle East is a notable exception, along with some southeast Asian countries. Four of the five top-selling sodas are from Coke: Coca-Cola, Diet Coke, Fanta and Sprite.

The problem with comparing Coke and Pepsi is, as said above, breaking out the product lines. The market has been swinging away from sweetened carbonated sodas for many years and that’s hurt Coke. Both Coke and Pepsi offer fortified waters (Powerade,Gatorade), bottled waters (Dasani, Aquafina), juices (Fruitopia, Tropicana), and other liquids. Pepsi also owns Mountain Dew and 7-Up. Coke puts put specialty brands all around the world. Which of those do you count?

In addition, The Coca-Cola Company mostly sticks to liquid refreshments, while PepsiCo has for years derived most of its revenues from foods and snacks. It has more revenue and a higher market cap than Coke.

Pepsi’s expansion out of liquids was one of the hidden issues in the New Coke decision. Pepsi had bought Pizza Hut and Taco Bell in the 1970s, giving them thousands of new exclusive outlets. Since people seem to want sweeter drinks to go along with fast foods, that was a motive for sweetening Coke.

Original Coke will always have a spot in my heart. On the other hand, it’s not all that good for said heart. Carbonated, flavored, but unsweetened beverages seem like a great substitute. I’m not quite sure why that market is still so small

Well, in my case, it’s because the flavoring is not strong enough to overcome the bitterness of the tonic water. I like water, but only still.

I suspect that a lot of Americans have the same raging sweet tooth I do.

Pepsi apparently owns 7 Up outside the U.S., but in the U.S., it is owned by Keurig Dr Pepper.

Pepsi apparently owns 7 Up outside the U.S., but in the U.S., it is owned by Keurig Dr Pepper

This is why we have Sierra Mist in the USA.

And this is why comparisons are even harder than they seem.

What’s the next popular choice after coke and Pepsi?

According to this Newsweek article from a few months ago, the top 10 carbonated soft drink brands in the U.S. are: 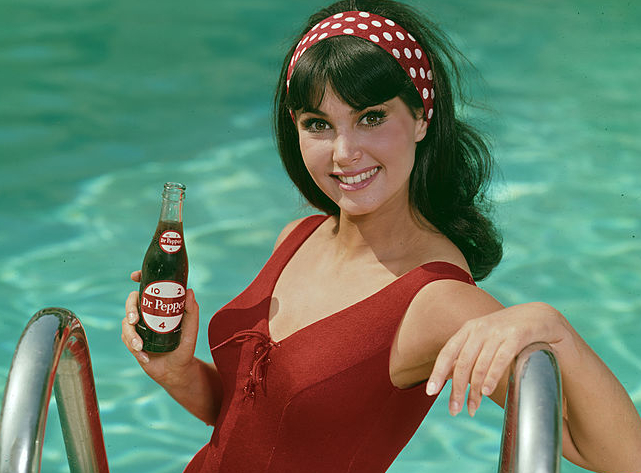 The 10 most popular sodas in America

Sales of soda have been declining in the U.S. in recent years, but these brands remain America's most popular.