The not-so-wonderful thing about Tigger....

Is this one is a molester.

Dammit man! Tarnishing the good name of Tigger! Anyway…the mom doesn’t remember being fondled but the 13-year old does; it takes 8 days for them to actually discuss and do something about it; and the “Tigger” says his dyslexia creates memory issues?? I wonder how the picture turned out.

Neither reacted at the time, but the girl later told her parents she had been fondled, and eight days later the family filed a report with the Orange County Sheriff.

Dyslexia causes memory loss? Since WHEN? (Or does it?)

Dyslexia causes memory loss? Since WHEN? (Or does it?)

Anyway…the mom doesn’t remember being fondled but the 13-year old does; it takes 8 days for them to actually discuss and do something about it; and the “Tigger” says his dyslexia creates memory issues?? 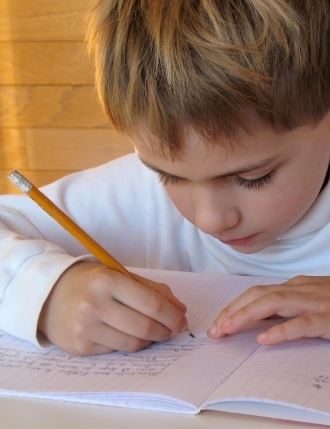 A Dyslexic Child in the Classroom

“…Of particular importance is an understanding of the problems that poor auditory short term memory can cause, in terms of retaining input…”

Honestly, how much fondling can you do in one of those giant theme park suits?

Wow. Furries and pedophilia all in one blow. I think we have a winner.

I’m sure there is no alterior motive here. I’m sure they’ve heard the news of Disney’s financial troubles, Eisner operatics, and gate price increases. The old “deep pockets” addage can’t stand up to scrutiny here. Nope. Move right along…

Sorry, I just had to do that. Cutest spelling ever!

(We have a cat named Bree, that we nicknamed Breester (B! R! Double-E! STER!), and she likes to “dig” into blankets, so we sing to her:

She tend to walk away from us when we do that…)

I’m sorry, but that guy in the Tigger suit is just creepy. And here I thought that the characters were all harmless college students, usually girls. Yuck!

What I don’t understand is that, this guy is only a suspect at this point and for all anyone knows, maybe the girl is mistaken. If he is convicted, then he should be punished. Until then, is it really fair for his face to be on the front of CNN and every news station?

Just because he might look “creepy” doesn’t mean he is guilty of anything.

Based on my own experiences I’d say that most of the employees in costumes are more like this guy.

Abso-fucking-lutely. The whole thing stinks. And why publish the ugliest, most menacing picture of the guy? Sheesh. 8 days to make a complaint? The daughter “later learned” that her mom experienced the same thing?

Chartrand (the creepy-looking accusee) recently filed some sort of grievance against his employers. Perhaps unfair wages or worker compensation, but more likely something that could generate serious negative publicity for Disney, like unsafe park conditions or some kind of illegal activity going on. Disney’s response to him (and an unspoken warning to all other potential whistle-blowers): he suddenly finds himself accused of a crime that, even if he can prove his innocence, immediately destroys his credibility in the media and possibly ruins his career.

Or maybe I just watch too many movies.

Is this one is a molester.

I’m thinking this situation is a bit iffy. I’ve played Smokey the Bear before and if the Tigger costume hands are anything like Smokey’s hands, I just don’t see how any fondling could have happened. The hands are too bulky with padding for anything of that nature to occur. Sure he may have brushed their breasts inadvertently, but I doubt he was able to feel anything his hands touched. Try wearing your bulkiest gloves and then wrap your hands with a towel for a comparable feel.

I could be completely wrong and Tigger could have better designed hands, but it’s also very odd that it would take eight days for them to notify anyone. I smell something fishy here.

Personally, I blame the fursuiting.

Tigger can (I believe), like most Disney suit characters, hold a pen to sign autographs. Giving him enough motion to cop a feel.

However, Tigger is followed constantly by a handler. Who keeps an eye on things at all times. If Tigger was inappropriately grabbing, you think he only did it once? And you think the handler wouldn’t have noticed repeated inappropriate behavior. Not to mention the nine zillion video cameras (the tourist ones, plus all the security cameras) at Disney would make you a complete idiot to act inappropriately in a suit.

(Not that the guy couldn’t be a complete idiot).