The omnibus "I can't unsee it" thread

They’re fine for me. Maybe you should restart your computer.

I’m using a phone, not a computer, and the recent update broke the formatting for mobile viewing.

Forgive my ignorance but who are they?

Forgive my ignorance but who are they?

Aha! A Non-American took the bait! They are:

Which is the robotic sex doll?

Modnote Your 3 related posts in this thread do not pass our misogyny standards. Comparing a woman to a sex doll is pretty much misogynistic. “The Hot One” joke is very much and without question misogynistic.

Please do not do this again. We still might disappear the posts later, for now broken links should be enough.

Darryl Strawberry and Dino are a classic. 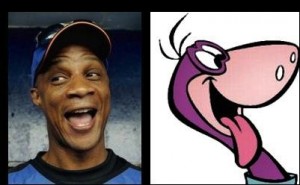 Wait, I thought you were a character in Larry Niven’s Known Space Series…? Lucky friend of Louis Wu?

The one and only. But avatars for her are hard to come by, and besides, I resemble Mom a lot more.

Several other pictures of Fillmore which at first glance look like Alec also.

…and The Donald? And Lamont?

What should we call this Animal?