The Porky Truth on Hamburgers.

The word ‘Hamburger’ sounds an awful lot like a slice of pork and a bun.

Why use the word ‘ham’? Shouldn’t it be a ‘beefburger’?

Anyone know how, when and why this word was started? 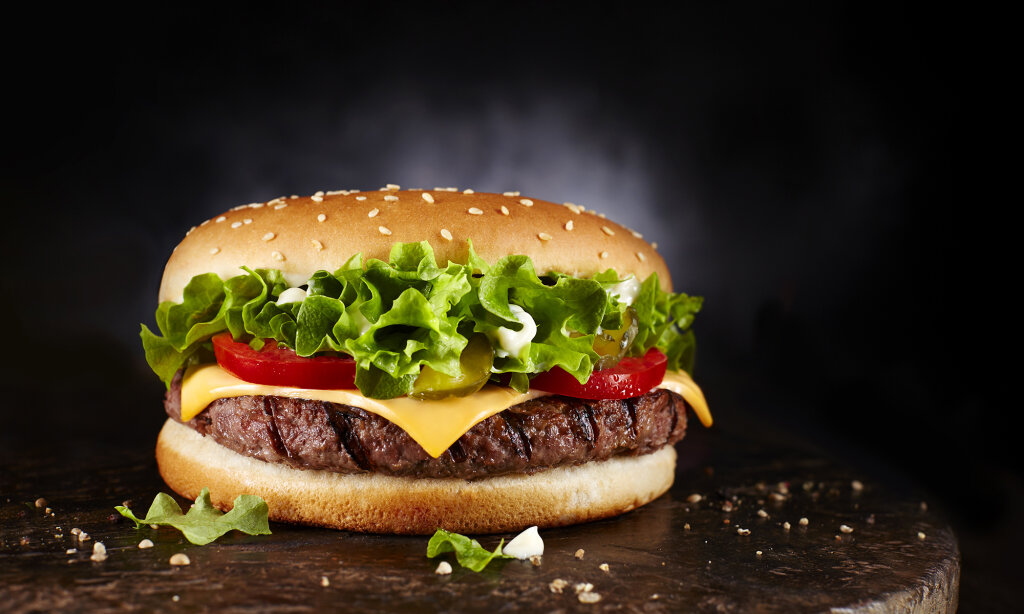 Why is it called a hamburger when there is no ham in it?

Why is it called a "hamburger" when there is no ham in it? Find out the answer to this meat mystery here.

As the link provided by Shag suggests, German-ish meat and sausage names are based on city of origin, with an -er stuck on the end.

Vienna gives us “wiener” (Wien is the German spelling)

So, why don’t we have “berliners” or “munichers”?

Icarus IIRC “berliners” are what they call doughnuts in Germany. So, it would be a redundant term here.

*Originally posted by Icarus *
So, why don’t we have “berliners” or “munichers”?

There are Berliners (at least in Germany). Remember the infamous JFK: “Ich bin ein Berliner” UL!

Just imagine if he had made that speech in Hamburg.

The info in the link provided by shagnasty would have you believe that the “hamburger” sandwich as we know it today was not around much until the 1904 World’s Fair(I know, their exact words were “Hamburgers as sandwiches became a sensation at the 1904 World’s Fair in St. Louis).”

There were almost certainly “hamburger” sandwiches well before 1904. It’s actually a tossup as to which came first, the “Hamburg Steak” or the “Hamburger.” Cites are being discovered all the time. And dates are being pushed back.

No one knows what the connection is between the city of Hamburg and the terms “Hamburg steak” or “Hamburger.” Nothing in the literature discovered yet to prove anything. It’s probable, but far from proveable.