It still sounds odd to hear the country referred to as “Ukraine” instead of “the Ukraine” (and similarly “Congo” as opposed to “the Congo”). Probably showing my age…

So (a) why do some nations/regions have an article in front of their name; and (b) when/why did it get dropped?

No easy answer, it seems. Although “THE Ukraine” is definitely not correct. 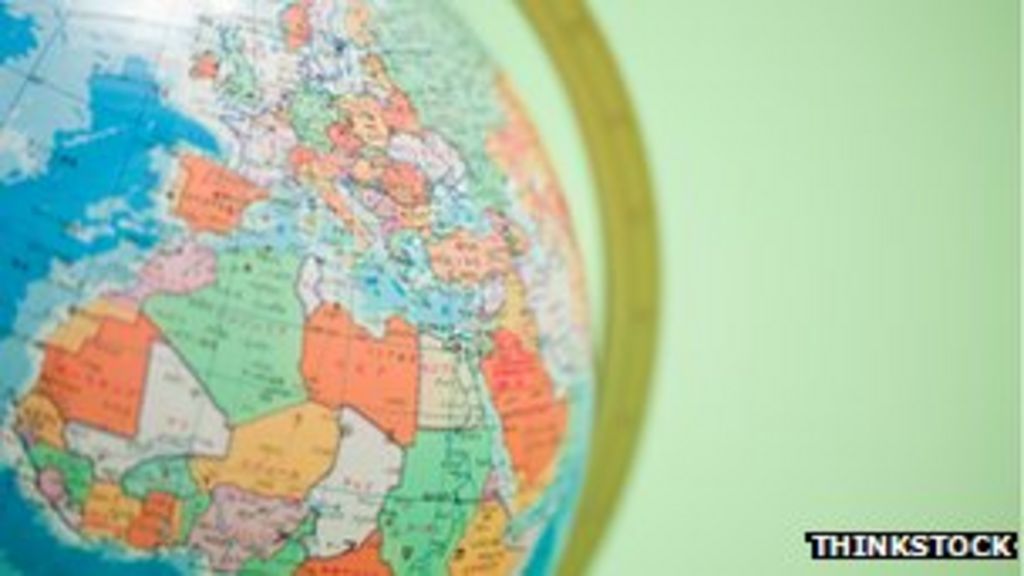 Why do some country names have 'the'?

As Ukraine prepares to co-host one of football's biggest tournaments, Euro 2012, why do fewer people these days say "The Ukraine"?

Interesting article, though. I’d never heard “the Gambia” before, even though it’s apparently official.

And “the Congo was common mid-20th century but no one uses it anymore…” ouch. that hurts.

As the linked article says, use of the article tends to be linked to areas that are considered as general regions, or named for distinct features such as rivers, or are groups of things (islands, states). However, no rule is entirely consistent.

“The Bronx” is derived from “the Bronck’s,” the lands of the Bronck family which first colonized the area.

Quite commonly, definite articles are attached to areas where they have a mix between geophysical names and a physical entity.

Countries like the United States of America and the United Kingdom also carry the definite article because they are compound nouns with adjectives.

He suspects that people once preferred to add the article if the place name related to a geographical feature like a group of islands (Bahamas) a river (Congo), a desert (Sudan) or mountain range (Lebanon).

"Later the phrases were shortened, but the article survived. Hence the arbitrary rule that river names, the names of deserts and mountain ranges need ‘the’.

A Ukrainian person I know explains it like this: Ukraine is originally a Russian word with a negative meaning - something like “wastelands.” Under Russian influence, that name attached to the region anyway. So this person’s perspective is that it’s one thing to use Ukraine as a standalone proper noun with no meaning, but when you say “the Ukraine” you’re falling back on calling it “the wastelands” which is negative.

Now, I have no idea whether any of this etymology is actually true. However, this person really believed it, and when enough people believe something like that, it can still change what’s considered proper. (Much like the way most people today assume that niggardly is a racial slur, when it’s a word for stingy that originated in in Northern Europe and has nothing to do with that other n-word.)

The reason “Ukraine” is considered a geographical name is, it means “the outskirts” or “the outer edge [of an area]” in Russian. Per the previous post which ninja’d me, there’s a negative connotation like “the sticks” in Russian. But it can also just mean the outer suburbs of a city, for example.

Since neither Russian or, so far as I know Ukrainian, use articles, the use/nonuse of “the” is a distinction that’s only present in English.

Since neither Russian or, so far as I know Ukrainian, use articles, the use/nonuse of “the” is a distinction that’s only present in English.

Well, in Ukranian iteself, the preposition to use with the country name changed following independence from “na” (“on”) to “v.” (“in.”) In many Slavic languages, the “na” usage implies something more akin to a region of a larger political entity rather an independent country, although it is used with some independent countries (like, for example, in Polish Hungary gets the “na” preposition instead of the “w” most countries get.)

I’m guessing that this shift in usage from “na” to “v” in Ukrainian also carried over into the preference for getting rid of the “the” in the English name for the country, perhaps to get more in line with how countries are named in English. That’s my WAG.

It still tweaks me when people say “Congo” or “the Congo” even though there are two countries that this could refer to, and people are almost never referring to the one that had it first (the Republic). To be fair, the word(s) is usually preceded by “massacre in the…” so they’re probably happy that it’s referring to the Democratic Republic. But in most case, most cases of “the” makes me think the speaker is 65+ (except for the Netherlands et al.)

A Ukrainian person I know explains it like this: Ukraine is originally a Russian word with a negative meaning - something like “wastelands.”

Borderlands. Ukrainians don’t like that it insinuates that they are part of Russia, or some place with nothing in it.

The Republic of the Gambia is named because the country is named after “the” Gambia river. This place has interesting geography: look, it basically exists to deny Senegal riverfront property!

Well, English also used to say “The Argentine” instead of “Argentina”. So maybe we should be saying “Ukrainia”?

I still wish my idea for saying “Czechia” instead of “the Czech Republic” had won out.

Seriously. What’s wrong with Czechia? Although I personally would like it to be Czechistan.

But in most case, most cases of “the” makes me think the speaker is 65+ (except for the Netherlands et al.)

Use of the article does bring with it an air of colonialism, when the map was covered with large swaths of unexplored and exotic territory, like The Transvaal and The Hindu Kush.

I still wish my idea for saying “Czechia” instead of “the Czech Republic” had won out.

It did in a number of other European languages, just not English.

I am Dominican and I don’t like the name of my country. We should have stuck with Hispaniola, or, better yet, Santo Domingo. Since this is unlikely to change any time soon I think the solution is for us to invade Dominica and erase it from the map.

The Gambia was called “Gambia” at the time of independence. According to its prime minister, it started calling itself “the Gambia” to differentiate itself from Zambia.

In the Western portion of The Unites States, there are many many cities with Spanish names, and many of those begin with El, La, or Los.

I remember about 10-15 years ago when Newscasters began referring to Ukraine without the “The”.

It caused me to have a bit of a mental stumble…you need a “the”, like The Congo, The Bronx, The Enterprise.

It still trips me up when a European refers to going to Hospital or University without a “the”.

Use of the article does bring with it an air of colonialism, when the map was covered with large swaths of unexplored and exotic territory, like The Transvaal and The Hindu Kush.

Mainly going for Wilford Brimley talking about “the diabeetus.”

Mr. Burns says: “Yes, I’d like to send this letter to the Prussian Consulate in Siam by aero mail. Am I too late for the 4:30 autogyro?”

and he needs “Iran and Iraq” translated to “Persia and Mesopotamia.”

This page lists former names of countries and regions, and their names now.

…
The Republic of the Gambia is named because the country is named after “the” Gambia river. This place has interesting geography: look, it basically exists to deny Senegal riverfront property!

It originally existed to deny the French the river, or because the French were more preoccupied with the other river, the Senegal. The French and the English competed with each other for supremacy in the area. The English established outposts all along the Gambia, while the French developed the Senegal River. When they finally agreed to a treaty, it resulted in the odd situation that France retained Senegal, but the English owned the Gambia River in the middle of it. Those colonial possessions became the later nations. Senegal and the Gambia tried to join to create the Senegambia Confederation in the 1980s, but at the end of the day, the Gambia decided it wasn’t in their interests after all.