Check out this link if you have a tough stomach:

Among the photos are a couple of the wrecked helicopter. Maybe I haven’t been paying attention but it doesn’t look like any helicopter I have ever seen. Is it well known that a machine of this sort has been deployed or was it top secret. It’s obviously had stealth characteristics.

I’d guess that all the aluminum in it has burned and all we’re seeing is the engine and the blades.

Aviation Week had an article wondering the same thing.

Weird. It looks like the tail rotor of an MH 60 Blackhawk, but then again doesn’t. These guys have another view and a drawing (scroll down): 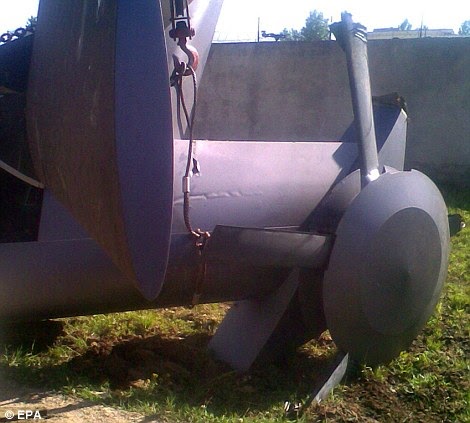 When Brian Williams was on Letterman on Monday, he said that he had been in one. He couldn’t describe it beyond saying something to the effect that it was a tricked-out shell stuffed with electronics, unlike other helicopters he’d been in.

There’s something about it on ABC News tonight as well.

It’s been confirmed by an unnamed “retired special operations aviator”