Society and values change constantly. Things that nobody batted an eye at 50-60, or even 20 years ago might be considered unthinkable or offensive today.

My mom told me that she used to buy cigarettes for her dad (my grandfather) when she was in elementary school, and didn’t even have to show any ID. I can’t even imagine something like that happening today. 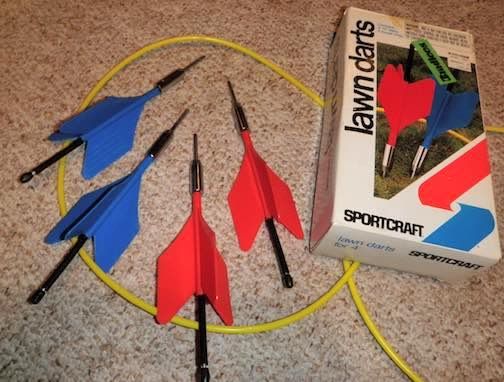 I walked on my own at age four, together with my sister who is one year older and some other kids, to kindergarten and back, a walk of more than one kilometre along a busy street. That was totally normal in the early 70s, but rather unthinkable now.

Back when I was 10/11 years old, Mom would drop me off at a movie theater downtown and would watch whatever was playing (always a double feature back then) and then she’d come pick me up 3 1/2 - 4 hours later. Do something like that with your kid today and they’ll arrest you for child endangerment. Never had any problems and I thought it was cool. Mainly because Mom didn’t really scope out what movies I was seeing. Ursula Andress’ boobs in The Blue Max made my 11th year an interesting one.

I walked on my own at age four, together with my sister who is one year older and some other kids, to kindergarten and back, a walk of more than one kilometre along a busy street. That was totally normal in the early 70s, but rather unthinkable now.

Riding in the back of a pickup truck. Riding in the front seat of a car - in the middle of the seat (bench style). No seat belt.

Riding in the rear window, perched on that ledge that mid-60’s Plymouths had.

My brothers and I were unleashed into the neighborhood from about the age of 5 on. No play dates or structured activities; we met other kids on our own and did whatever we wanted, not an adult in sight. The rule was, go home when the street lights come on.

You’d think things would be all “Lord of the Flies,” but it really wasn’t. I think we learned to socialize a lot better than today’s kids.

For teachers, whacking a kid anytime they felt like it. Also what amounted to religious services in public schools, during school hours.

Back when I was 10/11 years old, Mom would drop me off at a movie theater downtown and would watch whatever was playing (always a double feature back then) and then she’d come pick me up 3 1/2 - 4 hours later. Do something like that with your kid today and they’ll arrest you for child endangerment. Never had any problems and I thought it was cool. Mainly because Mom didn’t really scope out what movies I was seeing. Ursula Andress’ boobs in The Blue Max made my 11th year an interesting one.

Same here, although usually we had a dime to use to call when we needed to be picked up. And when we would go to the mall, my mother would let me go to Waldenbooks on my own to browse and read while she was in the department store buying whatever boring thing she needed.

When I was 13 (and maybe 12) I went to the NY World’s Fair by myself, or with a friend. It was just a bus and subway ride from my home, but still it was pretty crowded. Never had a problem. At 8 or 9 I walked 3 blocks to the candy store by myself, and of course after kindergarten I walked to school - and back - by myself. Including going home for lunch some days.
No seat belts back then either, of course.

One time, when I must have been eleven, there was some sort of social event involving people from school - maybe a birthday party. All I can remember clearly is that there were lots of my classmates there, and some of the teachers, and one of the teachers had her toddler with her. And she kind of wanted to spend some time having adult conversation, so she looks round and “oh hey, Aspidistra, you’ve got a baby brother, you can look after SmallChild for a bit.”

Now, I like to think that these days an adult would not simply plonk her toddler on a random eleven-year-old when she felt like it. Maybe I’m wrong - but I think it would raise eyebrows. It was a disastrous idea in any case, since I couldn’t stand babies, and having one in the house hadn’t lessened my disapproval one bit. Furthermore, said baby brother must have been sub-three-months, since we moved to Scotland after that … my experience of what toddlers do was precisely zero, along with my interest.

Luckily some classmates who actually liked small children came and saved me almost instantly. I still remember it as kind of weird though

When I was about 9 (1972 or 3), my uncle was in the New England press corps and somehow had two tickets to the Schaefer Stadium bleachers, plus his press pass. He took me and my cousin (maybe 11 or 12) to the Patriots game, brought us to our seats, and then told us where to meet him after the game, and gave us a few bucks for a snack. We sat by ourselves, shivering on the aluminum benches amidst the drunken rowdiness that was an early-70s Pats game.

I am a pretty liberal parent and had my own son go to the store alone, crossing a busy street, to get the paper, when he was 7 (now 24) but I wouldn’t have left him alone in a stadium in the 2000s, let alone back then. I can only assume my mom was not really aware of the plan, because as fun as it was, it seems like a really bad idea.

Wow, my son was 17 when he went to a Ravens game by himself for the first time. He had been getting tickets for the two of us for Christmas every year, and figured he could get better seats if he drove himself there.

most of this …heck i used ot go to denny’s by myself on the weekends and summer and sit in there reading all night … heck by jr high school i was going around town all hours of the day and night .closed down movies 12 and the arcade many a night …

My dad traveled a lot for work when I was a kid. Sometimes, if the location and timing with summer vacation was good, he’d take Mom with him. When I was 9, 10, 12 and 13 I was given some money, told to eat dinner with Gma and Gpa every evening,who lived nearby, and not get in trouble, while being considered old enough, responsible enough and capable enough to be alone and on my own, on one occasion for 3 weeks😯

Sometimes, I miss being a kid in the 70s and early 80s

In the late 90s, my middle school friends and I had annual passes to Disneyland. Our parents would drop us off and pick us up at an agreed-upon time hours later. We didn’t have cell phones, but we did have AOL accounts with which a friend of mine coordinated a meeting with an adult man who worked at the park. Probably a good thing Disneyland no longer allows kids that age to be there unsupervised.

I defend parents accused of child abuse and neglect, and at least once a month I come across an accusation like “mother allowed little Suzy to get sunburned at the water park” or “father allowed little Johnny to breathe helium from the balloons at his birthday party” and I just shake my head.

My dad knocking me and my brother around. Who knows how many concussions we picked up that way.

Oh, yeah. We got sunburned at the start of every summer. It was normal. So, as has been mentioned, was riding entirely unrestrained in the open backs of pickup trucks; kids of nearly all ages. My parents were weird: they made me ride in the back seat even if there was nobody else in the front, and wouldn’t let me stand up while the car was moving; but I remember once riding in a little area behind the front seats of a two-seater car which wasn’t a seat at all, I was quite small but had to lie down in it sideways to fit.

If we got thirsty while playing outside, and we were near a creek or other running water that looked reasonably clean, we’d just drink from the creek. 1950’s/60’s.

People routinely passed water jugs or other drinking jugs around a group, kids and/or adults, well into the 1980’s, at least where I was (and I was a number of places during those years.)

TriPolar, very sorry about your sore head! Spanking children was common, including in public; but I don’t remember ever even seeing anyone being actually beaten. I was lucky.

We were “free-range children” (and I raised my kids like that, too). So there were a lot of summer mornings I’d be up before my parents and out the door … until those darn old streetlights came on.

But I have clear memories of getting up early and walking all the way to Herbst’s Drug Store to buy a comic book… in my Superman jammies, which dates it to four years old. To this day, I wonder if I got home before my folks woke up…

I even had to cross The Busy Street. But it was a quiet little neighborhood… until a cop who lives there started shooting black people… now it’s full of protestors
(justified, but loud).

When 12 years old, I and a friend my age did a week-long canoe trip on the Barge (formerly Erie) Canal in New York State. Just us - no adult supervision of any kind. We called home once per day to report on our progress.

All went well. At the end of the week, our parents drove to collect us, about 100 miles east of where we’d started.