Thinking about building my own gaming computer. So many questions

EDIT: Also, I did turn on XMP to get the full 3200MHz out of my ram, as confirmed by both the bios and HWInfo. I assume that’s better than the 2133MHz it defaulted to but honestly I haven’t really noticed any difference.

I’ve been trying to do this. I have (not checking now but I think) decent 3600Mhz RAM but it shows up as (don’t remember exactly) 1800MHz?

Some guys over at the nearby mid-sized computer shop built this for me and it seems in the MoBo set-up they made a custom 3600 setting but I have it on that but it’s still at half speed.

Read a bunch online but I don’t quite get it. What am I missing?

1800 is correct. They read twice per cycle so the effective performance is 3600. That’s why the the sensor software lets you apply a x2 multiplier, because RAM frequency reports half the value we think of when we think of RAM.

Pretty sure you’re good to go. My actual sensor values from my RAM report as 1600, which I then multiply by 2 before displaying. I forget if I apply that multiplier in HWInfo64 or RTSS, but it’s definitely one of them.

Googling for a more technical answer, the “DDR” part of your ram’s name stands for “Double Data Rate” which means it transfers data twice per clock cycle. The hardware number you’re getting is the clock cycle, then multiply by 2 if your ram is DDR. (All modern RAM is DDR, I think?)

Googling more, if you open Task Manager, go to the Performance tab and click on Memory, it shows memory speed. Mine says 3200, and I didn’t add a custom multiplier so it must be automatically taking the DDR doubling into account. See if your Task Manager shows 3600.

Googling more, if you open Task Manager, go to the Performance tab and click on Memory, it shows memory speed. Mine says 3200, and I didn’t add a custom multiplier so it must be automatically taking the DDR doubling into account. See if your Task Manager shows 3600

Yep. It does. Thanks for telling me about that.

Space issues were a rude awakening for me, for sure, as I don’t remember any back when I used be more into gaming in the 90s.

Call of Duty: Modern Warfare is somewhere around a 130GB download. MS Flight Simulator is around 100GB. And then you have to have all your other stuff on the PC (Windows at least…other stuff maybe).

My Steam library is 325 games. Epic Games…another 100 (they give away a lot of free games). Blizzard and Ubisoft and Origin have more. No way in hell I could ever get them all on one drive without some ridiculous machine.

And I would not want to. While you can turn it off most of these will default to auto-updates. If you have 500 games installed chances are a lot of updates will start running when you login.

It’s 100% normal to rotate games in-and-out of your installed library. You will find a few have an honored games that you never uninstall.

Whatever works for you. As long as you can keep a handful of different games on your PC chances are you will always have something to go to for some fun. Best if you keep a mix of types but do whatever works for you. You can always download a different game when you want and, with a good internet connection, that rarely takes more than an hour or two (depends…can be a couple minutes to several hours).

Doom, try higher settings for this. I made my new machine last year, but I ran Doom to the end perfectly well at 1920x1080 on an old video card several generations ago. Yet GTA V always struggled on that machine.

Thanks for the heads-up, I’ll tinker around with it.

I’ve mostly been playing Halo: The Master Chief Collection. I very early on noticed that the “Select” button on my xbox controller (the one next to the Start button) toggles the visuals between the remastered and original. I had messed around with it for a minute within minutes of first playing, then forgot about it.

Either way, the ability to easily toggle between them is really nice.

About to buy the parts for my new rig but it is impossible to get a decent video card as 90% are out of stock and the ones in stock cost at least 3X the true value of the card.

What stock does become available is hoovered up in a snap by bots and then the scalpers re-sell at outrageous prices. There seems no end to it in sight. Doubtless it will end but not any time soon that anyone can see.

Why these companies don’t fix this is beyond me. All a merchant needs to do is make a list and sell to those people in order on the list. But nope. You either need to get supremely lucky or pay through the nose. It’s intolerable.

So, unless you have a good video card you can use I would not invest in a new PC right now unless you absolutely have to.

But I think you are better off waiting until this mess gets sorted out (knowing it could well take till next year).

the ones in stock cost at least 3X the true value of the card.

You can forget the old launch MSRPs; those were tossed out months ago and all the major manufacturers have increased prices considerably due to increased demands, lack of supply and tariffs with China. You’re not going to find AIB cards for those prices any longer because ASUS, Gigabyte, EVGA and the rest no longer call that MSRP. Best Buy still sells Nvidia reference cards for those prices but getting one is basically impossible.

You can try the Newegg Shuffle where they use a lottery system to give you the chance to buy a card. But those are often bundled with another item (motherboard, PSU, headset, etc) and, once again, the AIB prices are still going to feel high. Also, you’re probably not going to actually win since it’s flooded with scalpers and other opportunists but at least there’s no harm in trying aside from the disappointment a few hours later. They doing it most days during the week but when it actually happens varies so you gotta either make a habit of checking or follow the Twitter.

Your only video card options are the one from your old computer or integrated chipset graphics, either of which will handle productivity plus some light gaming, but probably no more than that. You definitely need a video card but can’t realistically buy one until 2022, so those are your only two choices.

Honestly, and call me crazy, I think I might recommend building out your system with a temporary cpu instead of a temporary video card. Specifically this one:

The “Vega 11” onboard graphics it comes with is leaps and bounds better than intel’s equivalent. The cpu itself kind of stinks, being slightly slower than my lower end Intel i5-10400, but again, way better graphics. (Here’s a UserBenchmark comparison of the two.)

If you do go this route, verify that the Ryzen 5 3400G uses the same motherboard socket as whatever ryzen chip you want to upgrade to once the video card comes in. I have no idea if different ryzen chips fit into different sockets, or even what “generation” a “5 3400G” is. I don’t know anything about AMD stuff; I’m an Intel guy.

For Intel, reviews of the just-released 11th generation chips are generally terrible, in many or most cases being outperformed by the same model 10th generation chips they’re supposed to be replacing. The 11-10600K (unlocked) is an okay value chip, but other than that, stick to the 10th generation. Should be cheaper anyway. As a general rule, Ryzen is way ahead of Intel at all levels.

Well hrmph. I see now that the Best buy link says sold out. It probably said that when I posted it but I just didn’t notice it.

I guess it comes down to how much would you have to pay for a 1050 or some other placeholder video card compared to $240 or $270 for the ryzen on Newegg or Amazon. A real CPU with a 1050 would probably blow the doors off that 3400G, but I don’t know, I have a hard time paying twice what a 3-year-old card cost 3 years ago, or whatever the current rate is, just on principle.

EDIT: The problem is the higher end Ryzen cpus don’t offer versions with integrated graphics. All Intel chips have models with and without chipset graphics, and in fact, the more powerful Intel Xe graphics in the 11th generation is the stated reason the i9 11-900K flagship chip is outperformed by the previous generation i9 10-900K. The 11th gen has fewer cores because the new Xe chipset graphics takes up more room on the die.

Sadly, the only 11th generation worth the money is the i5-11600K, at least according to NexusGamers, so that would be my recommendation if you’re an intel kook like me.

So I just realized that the new 11th gen is needed to take advantage of PCI gen 4.0. BUT that means getting a mobo with a Z590 chip set. Pricing the 11700k and the right mobo only raises the price $100. It’s such a technology jump I need to take advantage of it, especially as my C: (programs drive) is the Samsung 980 PRO which is gen 4. Thinking of one of the Gigabyte AORUS board but browsing now.

And found a Sapphire RX 550 for $200. It’s a decent stopgap for right now while I wait for VCs to get normal again and I always like to have a spare video card lying around so this will eventually be my backup. 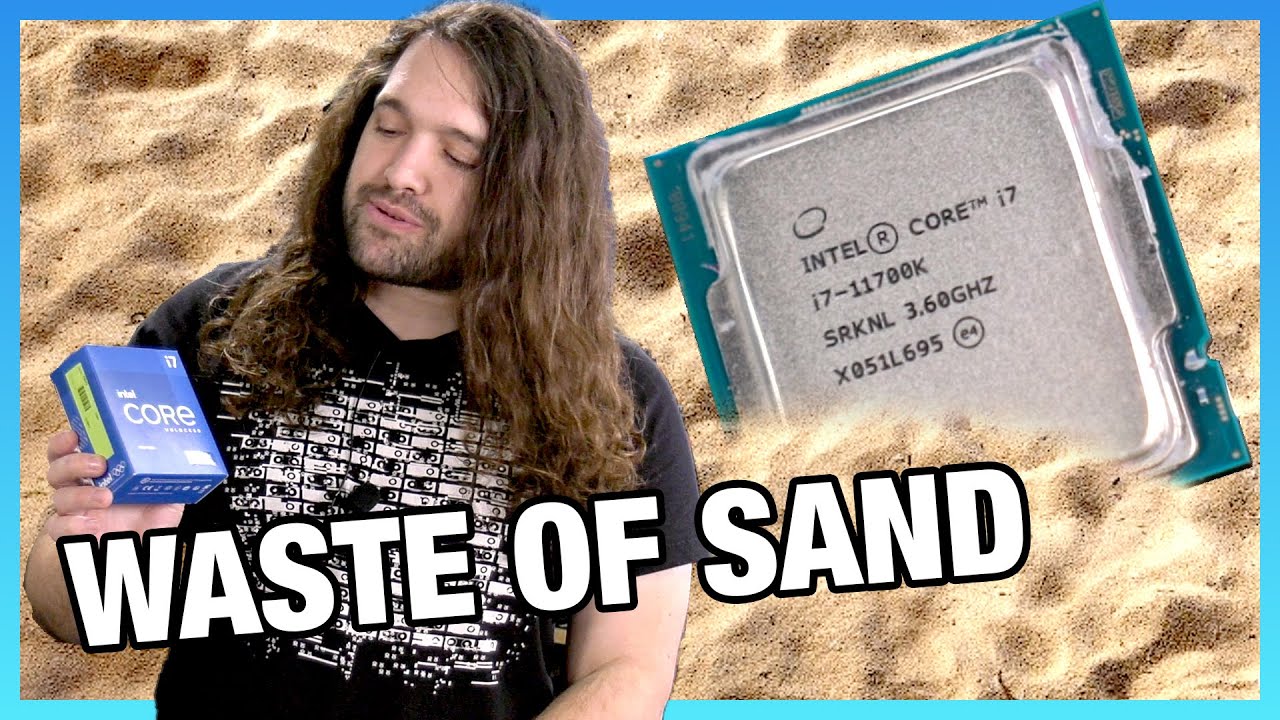 I’d still skip it. I doubt you will find any noticeable benefit from PCIe 4.0 and the CPU is just not worth the money.

Boards with DDR5 are expected out late this year or next year. At which point everyone’s motherboards will be obsolete anyway. Paying any sort of premium for a new board feels like a waste of money at this point. 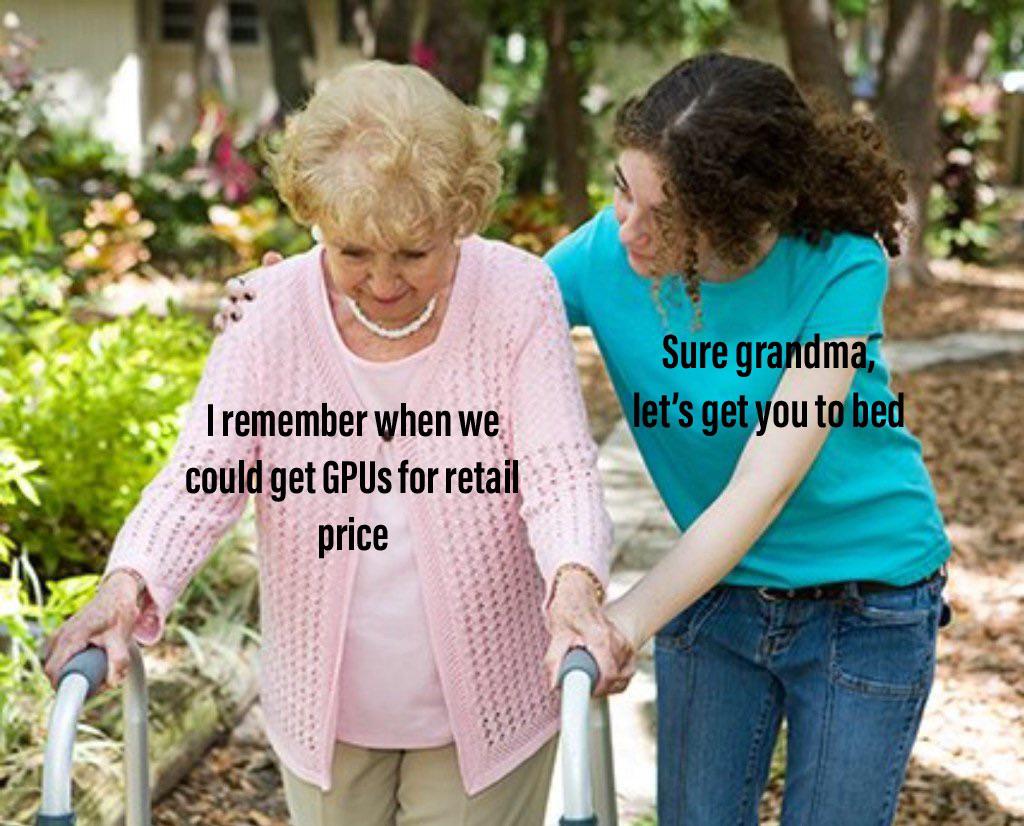